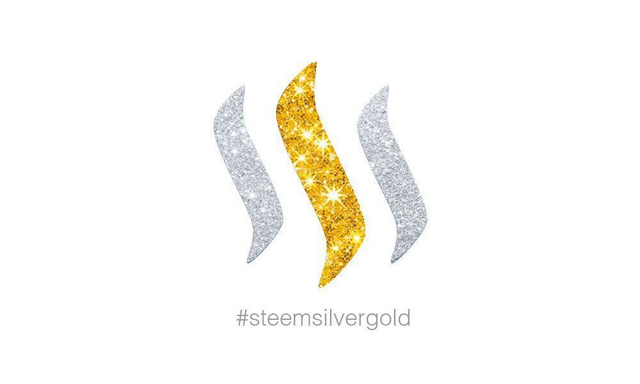 We had 2 new nominations I missed on the @myprecious post.

First we had @silversaver888 nominate @cve3. I honestly thought they were already a member but I was wrong. That nomination was seconded by @silvertop.

Our second nomination was from @enginewitty. He nominated @goldstreet and that was seconded by @saffisara.

You guys are awesome!!! Finding new members during the midst of this shit storm is amazing. Both of the nominated accounts will be under review until mod approval is gained.

Looks like markets are in for another crazy day. The DOW has already limited down and stopped trading. The FED jumped in to save the day with interest rates dropped to 0% and $700 BILLION to prop up the markets for another day. 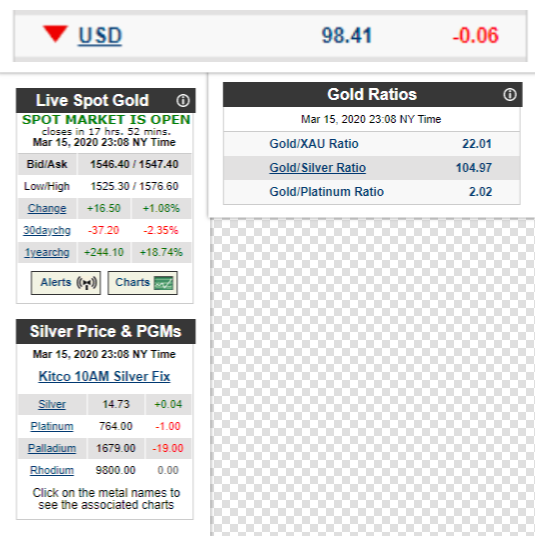 Let me know if I missed anything or if you have a nomination in the comments below.

Steemsilvergold is a group comprised of Precious Metals Investors, Collectors and Enthusiasts. We are always looking for new members who post quality and informative content about Precious Metals.

All you need to do is post about your collection or interests in Coins, Bullion, Numismatics, etc. Then use the #steemsilvergold tag in your post. You might even tag a few of the people you follow in SSG in your article.

Here is the nomination process. 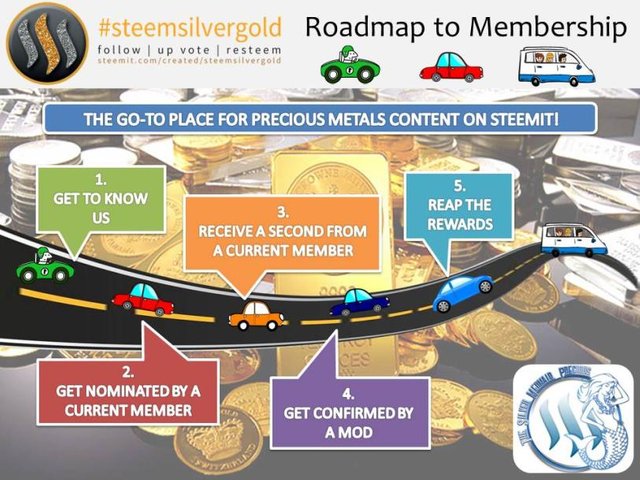 Here is a short video explaining it.

When you become a Member

Upon becoming a member you will have access to our Awesome group Bot, Precious. 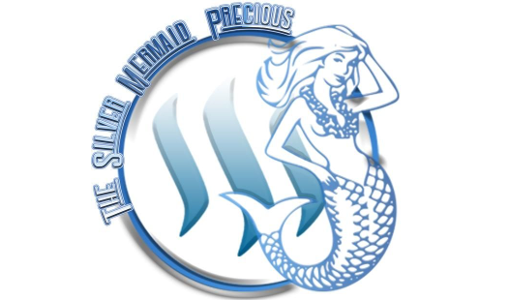 And here are the different tiers available to members. These numbers do change and are announced in the monthly @ssg-community post. 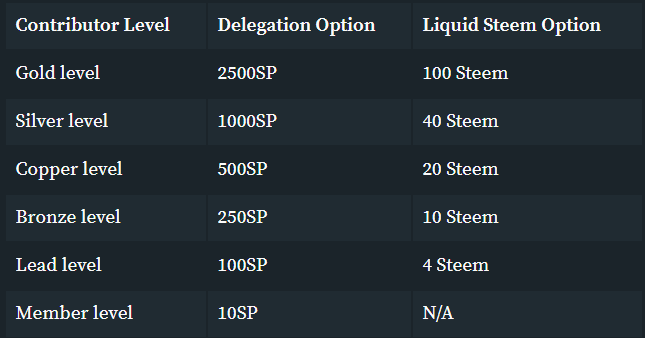 Do you have what it takes?

Have you been posting about your stack or knowledge of Precious Metals? Drop one of your article links in the comments to get some exposure.

Have you seen a new Steemian posting good content about Metals? Throw them a nomination and see if others agree. The more the merrier.

Wooooooooooooot! Does this mean I am slowly being accepted as one of the fam and able to delegate to Steemsilvergold?

That is correct my friend! Just waiting for the mods to approve you.

I would like to become a member, I'm a little obsessed about markets and finance and that's what I like to write about. But, not many people are seeing my posts lol

Mostly our group posts about metals and coins. You are more than welcome to make some metals posts and use our tag. If you have any coins be sure to post about them. Someone in the group will have to nominate you in order to get the mods to review your posts. Oh and I hear your pain about no one seeing your posts. I didn't think anyone even looked at this post. LOL

Ok sounds good. I can definitely write about gold, I'm a big PM fan and watch peter schiff and mike maloney all the time. I do have some silver too and I'm thinking of getting more. If I write about financial systems and how it relates to gold, is that something I can add ssg tag to?

Yeah I don't think that would hurt to add the tag too. If you are thinking about getting some Silver, now is for sure the time. Mike Maloney hasn't put out this many videos in years. Good to see him back.

I checked out your page. Have your tried writing over on Publish0x? They would probably be more in line with your Crypto writings. Like I said, if you have any coins, post them up. We'd love to see them!!!

Ya, I just started posting on publish0x, crypto related post's definitely do better there. What am I going to do with my 7500 steem though? lol Maybe I don't really belong on steemit any more.

I'm not a financial advisor but you could always power down half to keep it liquid. Then use it to buy some BTC or Gold/Silver/Platinum. I would chose the Silver or Platinum. The Gold/Platinum ratio has never visited this territory.

I wake up everyday and wonder if we (STEEM) are still going to be here. What a mess it's become.

@cve3 is approved.
@goldstreet is not approved at this time.

My full vote won't even get this to the top. LOL

Hey @dfinney can I get some feedback as to why I'm not approved at this time? What sort of things do you look for in your members? Not quite onwards and upwards then @vgholdingsllc!

Not to worry. Not approved now does not mean not approved forever. I would suggest reading this post:.

At this stage you are very new to the platform. You have the posts with gold/silver price charts, but haven’t done any fun share your stack type posts (As a community we do a lot of those). So far I haven’t seen many comments on your part on the posts of other community members.

That being said, we also don’t want you to do these things just for your own financial gain. There have been examples of folks doing just enough to reap the benefits of steem silver gold. We are a community and like to feel confident that folks value that more than they value the upvotes that might come from our community.

Get to know us and give us a chance to know you.

Thank you for your explanation @dfinney but I did make it clear from the start that I am not a stacker, I am a trader and I trade in gold and crypto. I also made it clear from my introductory post that while I am here to share, what I hope will be, good quality and wide appealing content I am also here to make money, like many others. I do hope that your community isn't averse to using Steemit to make money. If I'm honest I'm a little confused really why I was nominated by @enginewitty and seconded by @saffisara because perhaps my profile isn't compatible with this group's required criteria.

I currently delegate 2,000 SP to the SteemSIlverGold community because I'm trying to generate SP and build my stake in what is a very unique platform that, despite all the current woes, has a copious amount of potential. Being new to the platform I chose to delegate to your community for obvious reasons.

Each day I expend 20% of my VP on curation of other peoples' posts and make comments in addition. I am very pro-active in the Steem community but I do not restrict my voting to just member of the SteemSilverGold community.

With all of the above said I have genuinely enjoyed hanging around The Alliance Discord server and I have got to know some great people. I hope that I can continue to do so but I ask that you withdraw my application for membership of your community. Thank you.

The alliance is a different group than we are though there is some overlap in membership. Only witty and saffisara would be able to answer your curiosity about your nomination.

As a community we do not expect members to only vote on or interact with other members. But interaction is the building block of any community. Comments, chit chat, etc.

Your delegation is appreciated. @welshstacker runs the ssgcomunity account. If you have questions about your delegation he would be the person to contact. If you would like to change/end your delegation I think it takes 7 days for the SP to be released back into your account.

Steem is a big place with many intersecting interests and groups. If your focus in stacking increases, we look forward to seeing more of you around steem silver gold. If not, enjoy the path you follow here. From your writing I am sure you will find success.

I certainly do not have any desire to retract the delegation, thanks.

My OCD noticed a little mistake in the text: "Steemsilvergold Nomation Roadmap".
!trdo

Nice catch!!! Got it updated. You are the man @ronaldoavelino! Have a great day. !tip

tipu
🎁 Hi @ronaldoavelino! You have received 0.1 STEEM tip from @vgholdingsllc!

Fantastic! And I thought @cve3 was a member already.

I'm pretty sure they were but didn't post in a long time and got culled maybe. Who knows, but they are back now!