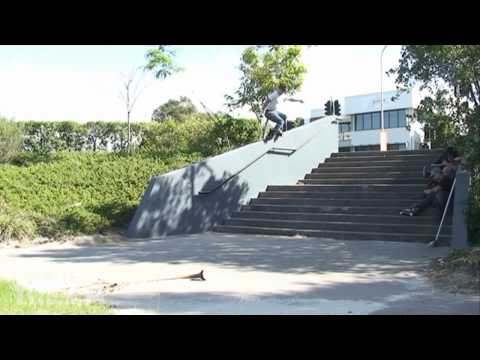 Click on the image above to watch the video.

I would like to share with you a edit I put together from our crew in the streets of Brisbane Australia.
I cut the video to a skrillex track called clutch on the magnum.

I thought it would be a bit different to edit a skate video to some dub step.
It kind of worked, but you be the judge.

The crew went hard filming this edit, we all staked lots of clips including some big hammers in there. It was a lot of fun filming and finding so many new street spots like rails and ledges.

Thanks for stopping by and happy landings!