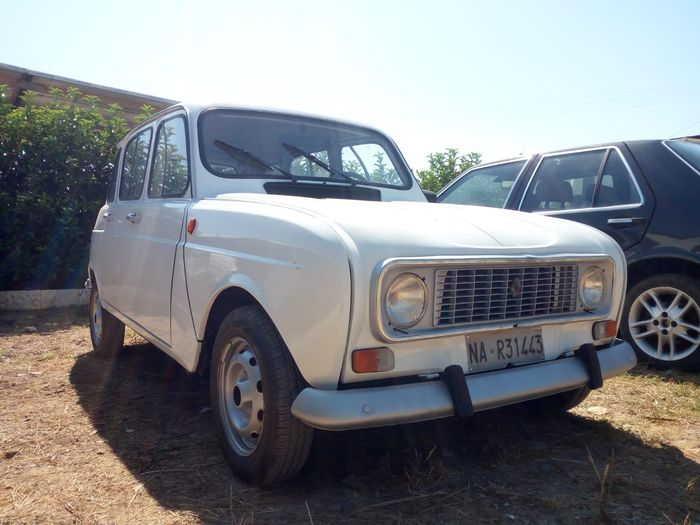 The stories about the Renault 4 may be more diverse than those of the more popular duck. Lovers praise the Frenchman for his practical skills at a low cost. For decades has been clinging to the cliché of cheap student carts because of its frugality. The R4 served in France and Spain as a government car.
The robust four-cylinder of the R4 had, depending on the year of construction, 600 cubic, 850 cubic or 1.1 liter displacement and between 23 to 34 hp. That was enough thanks to the low empty weight of 600 to 720 kilograms. Because the R4 should make the masses mobile for little money with its mechanical robustness. Early models could be started with the crank of the jack, and even for the maintenance of the offered since 1978 Renault 4 GTL ranged basic knowledge of screwdrivers. The Spanish police Guardia Civil used the R4 as well as their colleagues from the French Gendarmerie. In Colombia Renault offered the R4, inter alia, with the 1289 cc engine of the R12. So the small car was good for speeds up to 145 km / h, impressive data.
Comfort in the modern sense is not present on board the R4. Especially the early models had hardly any fairings and only Spartan tubular frame seats. That was intentional, because it increased the utility value and at the same time reduced the effort. The body panels came with only a small drawing depth, the windows were all around plan and open by sliding. This also simplified production. Relatively easily, the platform frame of the R4 could also be combined with different bodies such as the delivery van Renault 4 F4, (in the long version as F6), the radically open beach mobile Plein Air or the Renault Rodéo plastic. Unfortunately, the manageable production effort also offered no useful rust protection. This is the basis for fans to date the most important purchase tip! Just look at the body!