THE BEAUTIFUL BEAST OR THE EXTERMINING ANGEL🕷👺

❗Hello stemmians❗🌹 today I come to bring you a new post in which I will tell you a new curious story that you will surely like,❗ I hope you like it and enjoy it❗

THE BEAUTIFUL BEAST OR THE EXTERMINING ANGEL🕷 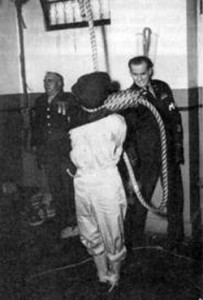 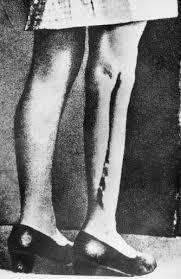 The life of the sadly celebrated protagonists of the shameful episodes of Nazism has been shaped in many ways to satiety. Films, documentaries and exhibitions around the planet have collected the cruelty of the führer himself and his closest servants such as Göring, Goebbles or Himler to name a few.

However, there is a dark character who performed horrible acts of cruelty on behalf of his admired Adolf Hitler. It is a perverse woman, called Irma Grese, better known as the Exterminating Angel or The Beautiful Beast in honor of the brutality of her acts.

This Nazi guardian, showed her fanaticism for the idea of ​​the Aryan race from an early age, when she joined the ranks of the organization known as Bund Deutscher Mädel or League of German Girls.

Admired by many Nazis, Grese was a strange mixture of beauty, cruelty, fanaticism and sadism. According to the chroniclers of the time, I enjoyed to personally select the inmates who would later be executed in the gas chambers, always tried to witness each execution and apparently took special care of the most beautiful and healthy inmates who tortured to death.

It is estimated that the Beautiful Beast performed around 20 or 30 daily executions.
One of his favorite forms of torture was to release aggressive and hungry dogs who went wild fiercely on the defenseless Jewish, Hungarian or Polish inmates, who uselessly fought with these animals that eventually ended up tearing them apart.

All the horrendous appellants with which she was named, far from offending her, only filled her with pride, even that of the "Belsen Bitch." According to the testimonies of the lucky inmates who survived their barbarism, Grese used to walk through the halls of the countryside, impeccably dressed, with a whip in his hand and accompanied by his fierce dogs. This is how panic was sown between inmates, towhich tortured mercilessly. It is said that some of these were whipped until their breasts were torn off.

But not only did Grese appear as guardian of the concentration camps, in Ravensbrück a whole litter of cruel Nazi guardians was formed, among whom are cruel women like Dorothea Binz, María Mandel. or Hidelgard Neumann.
Finally, in April 1945 the British allies took the Bergen Belsen camp and there they arrested the "Exterminating Angel" who was in the company of other "Guardians." All stood firm and arrogant attitude, at no time were they immuted to the presence of the British.

After his arrest, Grese's house was raided and there were such terrible things as lamps made of human skin, probably belonging to a prisoner.

In September 1945, she was found guilty and sentenced to death by hanging, never showed regret or renounced Nazism. At the age of 22 he went up to the gallows accompanied by his executioner, his last words were "Schnell!" Make it quick! This was how around nine o'clock in the morning of December 13, 1945, the Beautiful Beast left this plane leaving behind horror, death and a chilling cruelty.