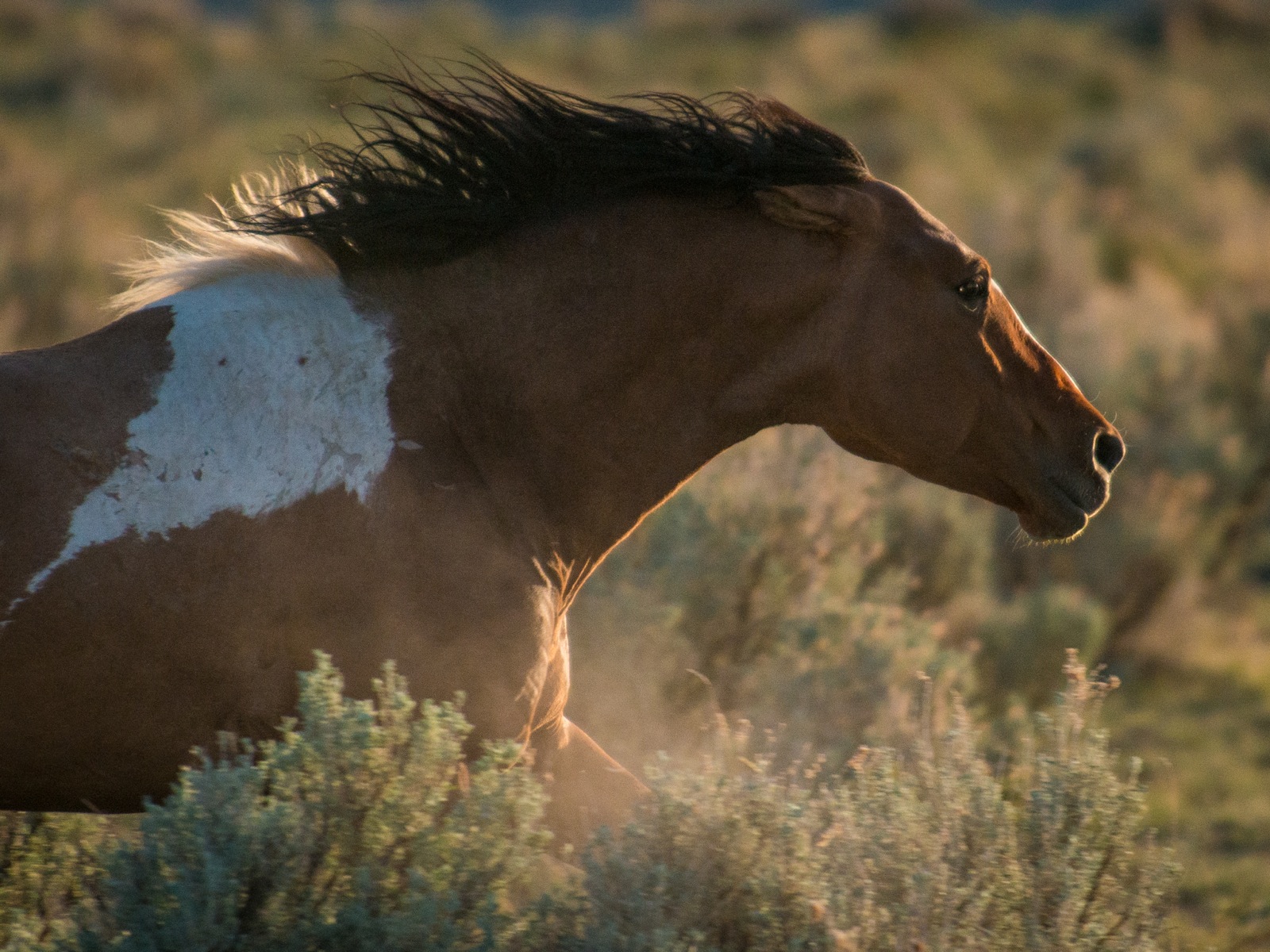 When man arose new capabilities arose with him. We took tool use to a whole new level, and used the scientific method to create a body of knowledge others could learn instead of having to invest in experiment to acquire. Today we have proven able to adapt to every potential habitat for living things on Earth, at least on a temporary basis, by using tools to create human habitable spaces in the deepest ocean trench and the most frigid polar wasteland - and even off world.

Around ~7 Billion of us live today, a significant percentage of biomass on the planet, and we have developed means of domesticating or preying on most of the ecosystems profitable for the purpose. We alone, of the perhaps dozens of species of hominid that arose, survive today. Our species features eusociality, unique amongst hominids, and rare in species.

Combined with our technological abilities, eusociality is particularly empowering. While we number today in the billions, other hominids never approached such populations. Estimations of Neanderthal populations range in the tens of thousands of individuals, which is all the explanation necessary for their disappearance soon after we began entering their habitat.

Neanderthals weren't eusocial. It is unlikely they coordinated their lives anything like what we do. War probably didn't happen between Neanderthal villages or groups, and war is practically a defining characteristic of H. sapiens. The domestication of various species that we have long undertaken is another defining characteristic of our species, and it is also something we have done to ourselves.

It is the nature of eusociality that the individuals of the species serve the species, and we see that men no less than chickens or horses are actually domesticated. But we are a diverse species. In fact most of us not in Africa are hybrids of H. sapiens and either H. neanderthanlensis or H. denisova.

We are like domesticated dogs that have interbred with wolves, like domesticated horses that have been bred by Mustang stallions. Neanderthals were not domesticated, were probably barely social, and genetic studies reveal how this affected their evolution with both inbreeding and broad diversity between widely separated populations.

Archaeologists claim that technology advanced but slowly for tens and hundreds of thousands, even millions of years. When some wild hominid savant, driven by need and lacking the power of the horde, made some leap in technology, the lack of society prevented adoption of that novelty by others. H. sapiens was not particularly innovative, simply organized into large non-family groups. This membership in a horde actually suppresses novelty, which disrupts the horde. Not until hybridization occurred did both individual inventiveness and a society capable of multiplying novel development occur together and the true advance of technology begin.

As a result, not all of us today are as domesticated as most of us. Some of we hybrids tend more to be Mustangs than draft animals. We chafe at the bit. We leap the fences and escape corrals, depriving our masters of harvesting our production. This is a good thing for civilization, though the shepherds rage.

It is that impulse to escape the obedient herd that causes us to explore, to invent, to create improvements. Were we all completely domestic animals, there would be no potential for technological advance. Like ants or wasps, we'd merely prey and compete with our neighbors, developmentally static, just filling our ecological niche.

It is our Mustangs that provide our true purpose: to continue to improve technology so that life can transcend Earth.

[I note there is a similarity to Steem in this paradigm. Whales capture the vast majority of rewards, and lament the escape of rewards to creators, just as shepherds do feral cattle. Just as the advance of civilization depends on Mustangs, so does the value of Steem depend on rewards escaping whales and encouraging creators to produce content. Similarly to Mustangs driving innovation that potentiates escape from our natal gravity well, it will be Mustangs in the Steem ecosystem that create communities and deploy SMTs that enable Steem to escape the whale's wallets and give Steem more value. The whales will rage at their lost ROI, yet the real ROI of capital gains will be driven by those escaped rewards that enable Mustangs to create new vectors for profits, like whole new planets to develop.]

According to our best understanding, life probably began with one creature that was able to replicate. Due to evolutionary pressure, mutation, and hybridization, it's offspring diversified into multiple species. Yet this means that all life is one organism: an unbroken chain of living cells from every extant clump of them today back to the original primal creature. Death is the end of a clump of cells having independent agency, but the whole organism lives on, and each newborn is simply a new clump organized by some spore, or sperm and egg that did not die when it's parent clump did, but lived on to organize a new clump.

Evolution does not merely happen physiologically, but behaviorally. It is not just our forms that evolve, but our actions. Humanity is the cutting edge of evolution in that sense, and there are unique pressures on our species that no other species has ever faced. These are consequences of novel abilities we deliver to the living organism that is life on Earth.

Eusociality is not novel. Intelligence is not novel. Tool use is not novel. It is the concatenation of them that is novel, and it is the Mustangs among us that push the envelope of novelty into the unknown, that extend our capabilities and multiply our problems.

Mustangs are wild men, seething with disdain for their domesticated fellows, raging with frustration at their lack of freedom, compelled to escape the power of overlords and break the boundaries of behaviour that enable those overlords to profit from the production of their chattel. While the draft animals amongst us produce the surplus goods, the feral among us make those goods more valuable by transcending the limits of what can be done with them.

No plow horse will win the Kentucky Derby, and no wild Mustang will either. But the mix between them has produced that most valuable of race horses that can. I do not think our species is well named. Homo sapiens. Wise man. Ha! We are for the most part H. vulgaris, common or domesticated man. But not all of us are as domesticated as the rest, and some of us, hybrids between domesticated and wild men, extend the capabilities of all of us, overlord and slave. It is those Mustangs alone that will enable us to transcend our little plot on Earth for the wild pastures across the galaxies, wherever and whatever they may be.

Thank our wild progenitors for the feral blood in our hybrid veins that creates that potential. Neanderthals were all Mustangs, incapable of surviving captivity, and incapable of building their own cages and corrals as we have done, of producing hordes that create surplus. They were wild, most of us are domesticated, but some of us are feral hybrids, neither captive nor wild, testing the boundaries, breaking out, and coming back to visit our captive fellows, share our new knowledge, and enrich the genepool with our will to explore, innovate, and create new ways of doing things.

Neither total obedience to our masters, nor total freedom from overlords, can advance humanity to it's ultimate destiny as an interstellar species that allows Earth life to expand across the stars. It is our feral Mustangs that can do that, and them alone.

But, the overlords compete with each other for the profits from the herds, and Mustangs are lost productivity for them. Mustangs are in crisis today, both horses and men. We cannot lose our Mustangs, or we lose our future. We cannot have Mustangs without the wild blood singing in our veins.

Good morning, that is really strong tobacco for breakfast. Thanks and have a nice day.

I'm agnostic, but also do not subscribe or cling strongly to the theory of evolution. So I've never put much thought into the different types of Hominid. Nor am I particularly sold that humans come from apes absent some pretty radical and possibly extraterrestrial interventions. But that for me runs into the realm of wild and rampant speculation, leading me to a place where no solid conclusions can be obtained. Nevertheless, it's a fascinating read and good to get your ideas on the matter! You definitely took my mind somewhere it's never gone before.

Institutions have often performed no differently than cargo cults regarding religion. I appreciate we do have differing grasps of the world we share, and I wouldn't have it any other way.

: -) not sure I have a grasp at all, more of a constant state of flux.

I wanted to add some data regarding evolution by hybridization, as that better explains the fossil record, and what you describe as pretty radical interventions. www.macroevolution.net is the website where Dr. Eugene McCarthy, the author of the bible in it's field 'The Handbook of Avian Hybrids', explains his hypothesis, and reveals considerable evidence of radical interventions in evolution of species. One of the bizarre facts he discusses is the Platypus, that seems so like a hybrid between mammals and birds, and that the Platypus in fact has whole sections of both bird and mammal genes, almost impossible to believe that such DNA could arise by coincidence.

It's very interesting and you might be very glad to have a look.

Thank you, I'll take a look into that!

In spirit at least.

Thanks for the article,

Just a side question, what's your take on the question of determinism and indeterminism?

First, I am incompetent to judge things outside my tiny grasp of reality. Second, I don't care. I make the best decisions I can based on what I reckon is true. Whether that is all according to some master plan isn't relevant to anything I have any ability to control, or even influence. I have noticed that even when I have reasonable basis for expecting I am heading for rocky shoals, unless the reason I am heading that way is no longer superable, I'm heading there anyway. I just enjoy the ride.