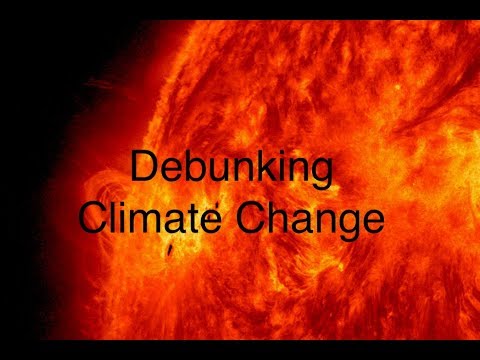 Just as a periodic repost, I'd like to link my video on Climate Change and Global Warming right here.

I'd like to remind people that the Climate has kept changing throughout the course of earth's history, often out of sync with CO2 level, without any human intervention. If you look at the graph below, you'll find that between the two vertical lines at one of the turning points, the level of CO2 wasn't increasing but the temperature was and there are many such turning points in the historical data. In fact, the disconnect has been found to be as much as 800 years wide.

Do note that there was no human intervention during this time. All such sources have been linked in the video description.

A recent video suggests that scientists are now agreeing to the fact that the temperature hasn't been rising and the models for predicting climate change are false.

Even if the temperature is rising in at a few places, others are experiencing a drop in temperature.

The impact of sun is the driving factor in Climate Change and not CO2.

Meteorologists are convinced that Global Warming is a crisis manufactured by socialists to grab power and money.

Even scientists have a different theory detailing how the effect of global warming is negated due to convection, as argued in this research paper.

Additionally, the polar ice cap data from NASA also confirms that they have been growing, as argued here.