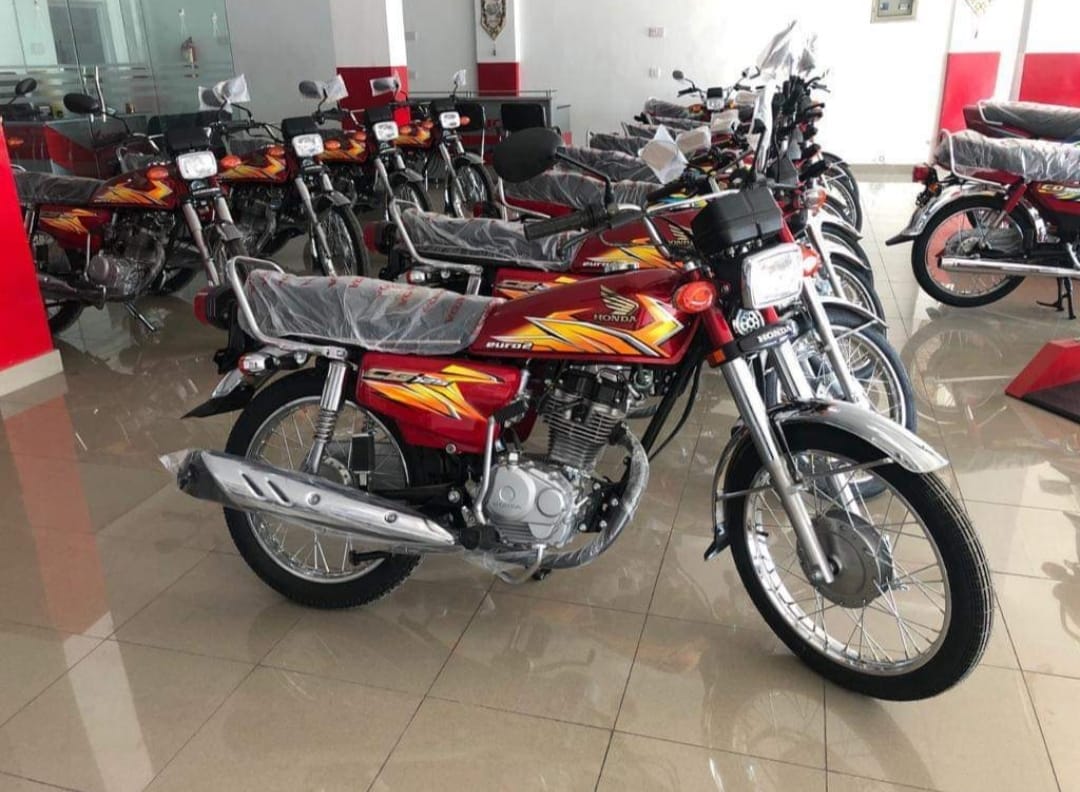 Hey steem community,
Hope everyone is doing well. So here is my another interesting daily diary in which I was looking to purchase a bike for my friend.
So here in here Karachi, Pakistan we have multiple options available when it comes to good powerful motorcycle. But budget was a also a constraints which was also to be kept in consideration. As we were having a budget of 190,000 PKR.
So there were multiple options which are listed below with respect to there engine CC & other details.
Before moving forward let me clear that we were going for the bike which should have above or not below than 110 CC engine capacity.
So the most cheap bike we were having HONDA CG 125. As we all know honda is brand that can be trusted across the world. So honda was offering its model Honda CG 125 having engine capacity of 125 CC with a starting price of 131,000 PKR. But we didn’t went for it as we looking for a bike having some options like self start & cool look & honda wasn’t fulfilling that criteria.
Further here are some pictures of it when we visited the showroom.

Honda was also offering another option having 150 CC engine capacity & the looks of that bike was too cool. But unfortunately it was quite expensive so we didn’t thick about it. Here are some pictures of the beast know as HONDA CB 150 which was offered in the price of 244,000 PKR.

The second options was HI Speed infinity 150. Sure that bike was good in looking & its design is totally based on Café racer models. It was offering 150 CC engine. But currently that market value these model are quite low & also as power over experience that bike was also under power, so we move forward.
Here are some pictures of HI-Speed infinity.

Suzuki was also offering two of its great model one was Suzuki 110 having engine capacity of 110 CC 7 other one was Suzuki GS 150 having engine capacity of 150 CC
Both bike were good but we were not towards 110 CC as we were not impressed with it looks but Suzuki 150 was quiet impressive. Suzuki 110 was offered in price bracket of 181,000 PKR & the Suzuki 150 was offered in 210,000 PKR which out of our reach.
So in that case with a heavy heart we neglected Suzuki 150 & move on. Here are some pictures the motercycles.

So last we went to the Yamaha dealership & at the point of visiting we were in love with its model namely YBR 125 G. It was having engine capacity of 125 CC & its looks was so cool. It also offered self-start & a cool dirt bike sort of look. And most surpassingly it was in over budget & it was offered in 184,000 PKR.
So finally we purchased it & till now its experience is good. Further currently it a new after some time I will share my experience of it so that if some else is planning to get one they get in touch with me for the honest opinion.
Here are some picture of the Yamaha YBR 125G.

And here is our one. We have purchased in black & man she is a beauty.

I love these bikes 😍

Yes
Because I wrote this after comparing different available options

As we all know Honda is a brand that can be trusted across the world. So honda was offering its model Honda CG 125 having an engine capacity of 125 CC with a starting price of 131,000 PKR.

I think this is a cheap price as compared to some other companies like Suzuki 110 costs around 181,000 PKR only.

The second option was HI Speed infinity 150. Sure that bike was good in looking & its design is totally based on Café racer models.

It certainly is a beast I really like its design and specs.

Ah I really liked your diary, it feels good spending your day with bikes. I really loved it.

Yes sure as YBR comes with self start system and front disk brake..
And also it is good in terms of road grip

Wow brother I have used it n it's great!! CONGRATZ to your friend ☺