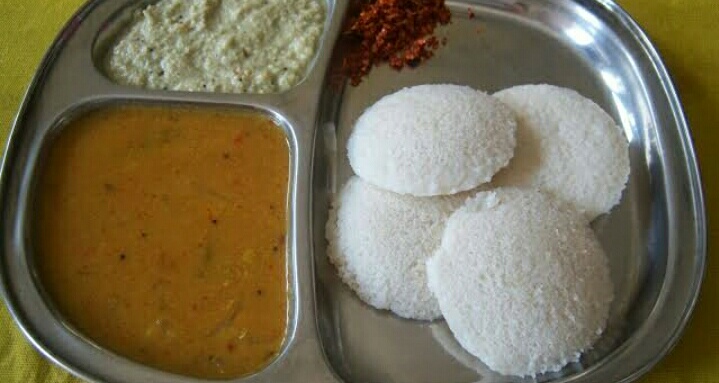 Hello fellow Steemit users. I am well and hope you guys are also doing good. I'll just start with how my day went. I woke up at 7 in the morning. Because today as well my friends and i had decided to play basketball, early in the morning. I brushed my teeth, changed my clothes and got ready for the game. My friend Aditya and i were the first ones on the court. So, we had to call everybody up. Eight others came within ten minutes, while two of my friends told us that they would take some time.

We started without them. We played one match, after that the other two came. We all had two more games. By the end of them everyone was pretty exhausted. I for one was drenched in sweat. We all rested for a bit and chatted for some time. Thereafter, we went back home. As it was Sunday, my parents were home. As soon as i got home, i took a bath. I felt much cooler after it. My mother had prepared the breakfast for everyone. We had Poha. After, the breakfast i sat down to study. I did some maths that day. First, i did some example questions. After, that i went on to the exercises. The exercises were pretty lengthy. When i was able to get a hang of it, i put on my headphones and listened to some music while solving the questions.

After that it was time for lunch. My mother had prepared one of my favourite dish, Idli Sambhar. I loved it. Everyone enjoyed it as well. We all had some conversations while having lunch. After, lunch it was time for an afternoon nap. However, the nap didn't last long as the repairmen had brought our air conditioner back. Actually, the air conditioner in me and my brother's room was not working well so we had the repairmen take it for fixing it. Now, that it was back after two days, i was glad because it was getting real warm nowadays. The repairmen went into my room to fix the air conditioner. My mother offered them some water and sweets. After they left i took my laptop and started doing my research on steemit.

It was evening then. My brother and i went for walk with our father. When we returned i watched The Office on tv while having some snacks. The Office is one of my favourite comedy shows ever. Everyone should have a go at it. I'm telling you, you're going to love it. After this i studied for some time. Then, it was time for dinner. We all gathered at the dinner table. After, the dinner my parents went for a walk. They came back and went to sleep.

Me and my brother were awake. We did some studying for some time. Then, i watched a few episodes of the anime, i have been watching. The episodes were not very interesting. I read my novel later. Seeing, that it was already 2, i decided to go to bed. Then, i went back to sleep.

Very nice diary game from your side dear friend @vaibhavsan

friends and i had decided to play basketball

my favourite dish, Idli Sambhar. I loved it

Idli looks very delicious 😋
Seeing this, my mouth became watery lol😛
Thank you for sharing your diary with us 👍

Hehe it even tasted very delicious :)