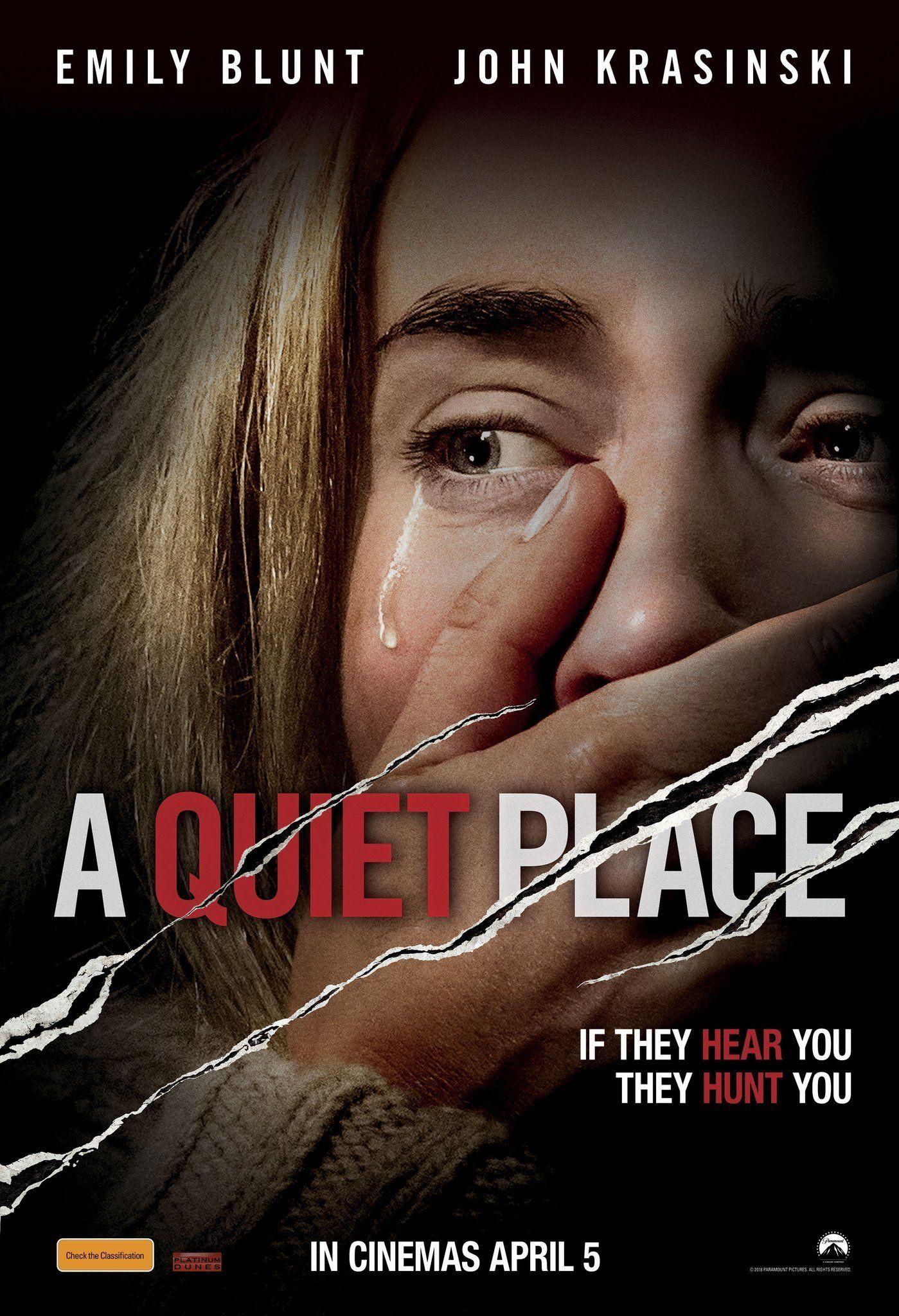 Hello fellow Steemit users. As Halloween comes around, the very first thing that comes to our mind is something spooky or frightening which is shown in a horror movie. Horror movies cover a crucial part of the cinematic universe. Let's be honest almost everyone likes to experience something spooky, haunting, thrilling at some time in their life. Horror movies are there to fulfill this interest of ours. The very idea of a jump scare fills people with excitement. The proposition of ghosts and monsters interests not only children but many adults as well.

Personally, i love the horror genre a lot. I have watched several horror movies. It is very difficult to choose from among those many movies. But i will go with my recent favorite movie : A Quiet Place.

A Quiet Place is a 2018 American sci-fi horror movie. It stars John Krasinski and Emily Blunt in the lead roles. The movie received several award nominations. It's sequel A Quiet Place Part II is scheduled to release on April 23, 2021.

The movie is about a family who struggles for survival in a world where a certain species of monsters or aliens has invaded the planet. These creatures react to sound and thus annihilate the source of that very sound. The Abbott family - husband Lee, wife Evelyn, daughter Regan and sons Marcus and Beau live in a deserted town and carefully gather supplies needed for the survival. The family uses American sign language to communicate with one another. As the movie begins we see that the youngest son becomes the first victim to the creatures as a noise is made by a toy he has which his sister gave him.

The movie proceeds with the family trying to recover through the loss of their son and living their life. Then one day the family is faced with their toughest challenge ever. The wife stays back at home while the husband and son go for fishing. The daughter also leaves the place and goes to the spot where her youngest brother was taken by the creature. Evelyn goes into labor at the house which is invaded by a creature. She moves to the basement and changes the house lights to red in order to signal danger. Seeing this, Lee senses that there is a best in the house. He asks Marcus to go and do an errand for him which would distract the monsters but also to stay quiet while doing all of this as the creatures might attack him as well. Regan also rushes to the aid of her brother. As the movie unfolds we see how the husband tries to secure his wife from the monsters and later goes to the aid of his children. The monsters wreak havoc for the family.

The movie has an unfinished ending. They leave the audience in suspense and this would conclude in the second chapter which is coming next year.

Analysis Of The Movie

As genres go, horror is particularly challenging one to crack. It’s easy to resort to cheap scares to get audiences jumping out of their seats. On the other hand, it truly takes an evolved set of storytelling skills to make them genuinely uncomfortable and fearful for the events unfolding onscreen. John Krasinski took note of this fact and carefully crafted the movie. Sound is a very crucial part of a movie. It is very intriguing how the people in this movie are able to communicate a lot through sign language. The creatures are blind in the movie and communicate through clicking sounds. As the communications are mainly through signs, sound design plays a significant role in creating a heightened sense of dread and tension throughout the movie.

The fear of the unknown is a major plot development of the movie. As in the first half we only get a glimpse of the creatures, it is only in the second part that we get to know how the creatures actually look like. A loud noise in any movie can cause a jump, but in this movie it's immediately followed by tension and dread with the question: Will the creatures come this time? A Quiet Place is like those classic horror movies like The Birds or Aliens wherein the humans must not try to disturb the monster's peace. The real beauty is the movie's primal quality which is based on basic elements of life, such as survival and protection of the species. No explanation is given in the movie for the monsters' existence. I recommend everyone to watch this movie.

Here, is a trailer of the movie.