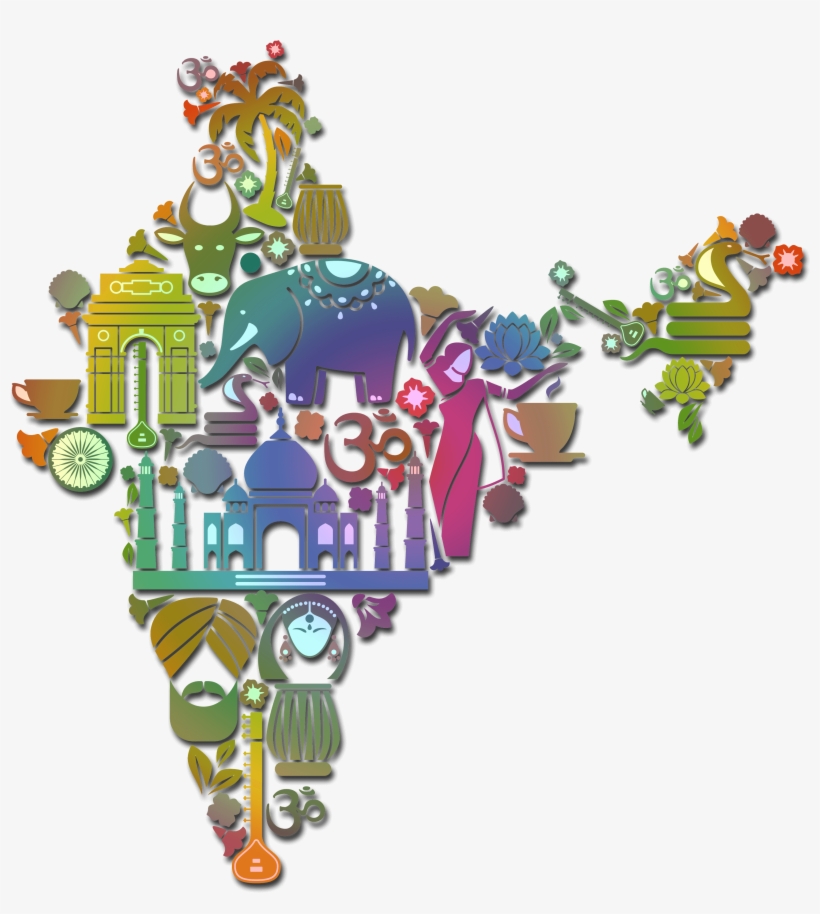 Hello, fellow Steemit users. A country's culture is what defines it and its people. Culture is defined by the religion, language, architecture, art, and clothes of the people. I am now going to discuss the culture of my country.

My country India is the largest democracy in the world. It is a country in Southeast Asia. It is a country with a diverse variety of religions, languages, architectures, and many other things. It is the seventh-largest country in the world. It is the second-most populous country as well. Ours has a history much ancient and deep. Let's dive a bit more into the culture of my country -

India is referred to as the birthplace of Hinduism and Buddhism. Hinduism is the oldest living religion in the world. It dates back to a long time ago. Hinduism is the most spread religion here. A majority of the people in the country are Hindus. The next major religion is Islam. Apart from these two, there are Buddhists, Christians, and Jains.

Architecture in India diversifies with time. India has a lot of castles, temples, gardens, and other monuments. The architectural design changed according to the dynasties. The Rajputs, the Mughals, and so many others had their own style of architecture. The Taj Mahal at Agra in India is one of the seven wonders of the world. The architectural spots spread across the country are a great tourist attraction.

India is worldwide famous for its food. The spices and ingredients we use can be no found nowhere else in the world. From north to south, east to west, you will find several different cuisines and it is almost impossible to have tried every other dish as they are so many. The traditional form of eating food in India is with hands. Some of our famous food items are Kebabs, Dosa, Biryani, Jalebi, Chaat, and so many more.

The art here varies from place to place. Some very famous ones are the Ajanta Paintings and Mughal Paintings. The rulers here were great patrons of art. Rangoli is an art form made in the houses by people on auspicious occasions. We are also very rich in literature. The Vedas, the Ramayana, the Bhagavad Gita are all symbols of great knowledge and literature. There are several ancient scriptures found which tell us a lot about the country's history.

A Scene from Ramayana
https://unsplash.com/s/photos/indian-culture

Diyas are a must on Diwali
https://unsplash.com/s/photos/indian-culture

Lastly, I would like to invite each and everyone out there reading this post to come visit my wonderful country.

Lastly, I would like to invite each and everyone out there reading this post to come visit my wonderful country.

Thank you very much!! I'd love to visit India! It's one of my dreams!!

Please fulfill this dream for sure

You have been upvoted by @sapwood A Country Representative from INDIA I am voting with the Steemit Community Curator @steemcurator07 account to support the newcomers coming into steemit.

Follow @steemitblog for the latest update on Steem Community and other writing challenges and contest such as The diary game Season 3 , Better Life, etc. Also keep engaging with others to win #onepercent & #twopercent votes

Thank you for the visit