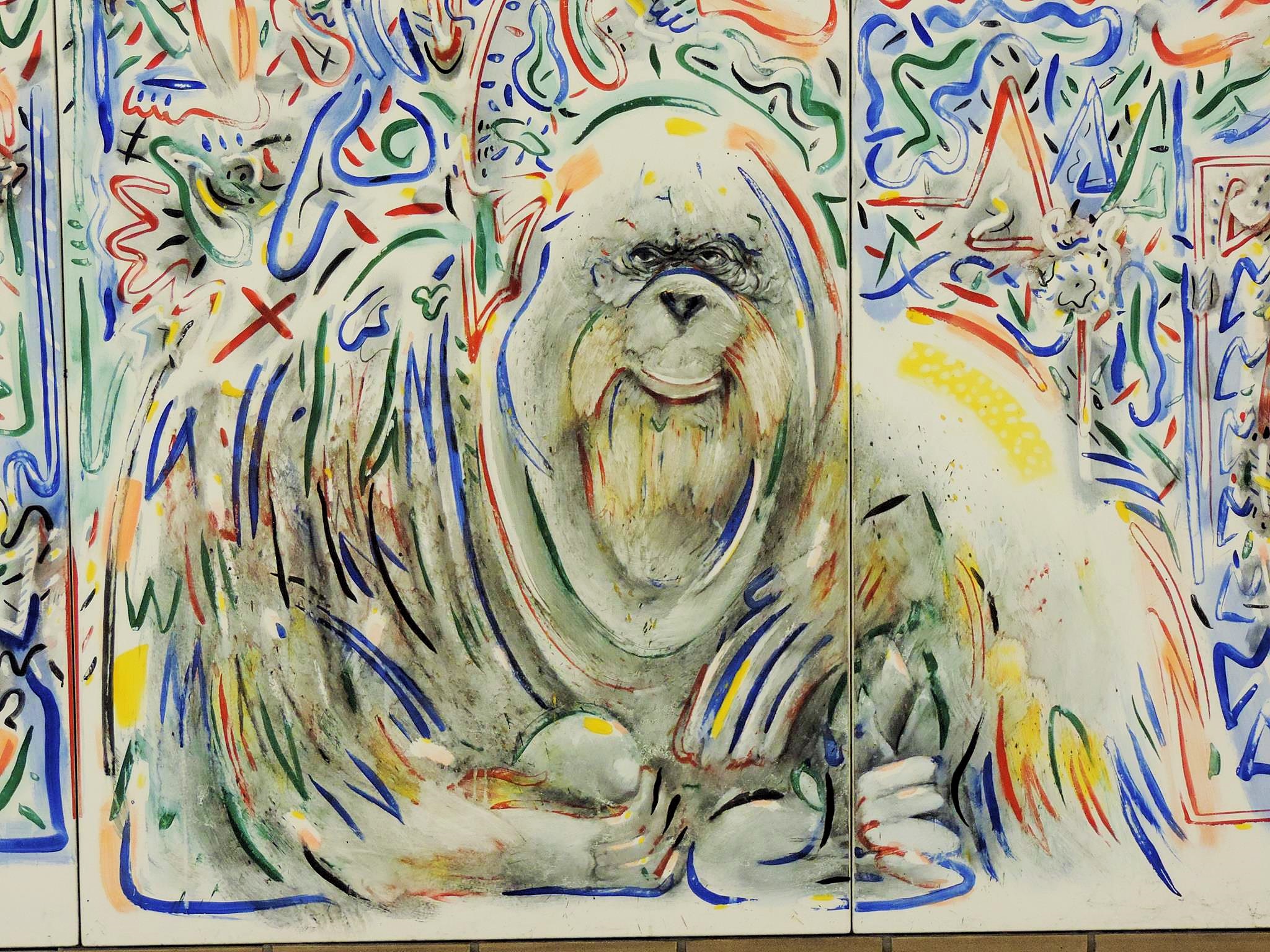 ( 74 pics ) The zoo ist still going wild, the second level of the animal artwork around the middle underground level of the zoo subway station in Frankfurt is much more abtract and as well a great and huge complex artwork. Again an example for changing the urban landscape from practical grey and boring into an art gallery with fantastic art and a lot of surprises if you start looking closer. Like the one above the escalator. For real, I didn´t recognize that one for over a year. But that´s as well the exciting part of it, you always discover new things if you stay curious and observe the surrounding. And not always stay on your smartphone.

A week is gone, and it´s night again, as well it s(t)eemed you liked the last post. Thank you Steemians for your interest and the feedback! I have here now realy a lot of awesome new stuff! Some of those artworks I discovered myself just recently, even after years of passing through. Especially the ones on the ceiling, yes, there are animals as well.

I wanted to divide this location in two posts. First there are a lot of artworks and pics, secondly there are obviously two different styles and creations, but it is still one artist group. Upstairs it´s much more abstract, which made me stop on the way down to the tracks quite often. It´s great art, I like it. How I wrote before, I lived around the corner for a while and this was my station for some time. Have a look as well, I tried to get most of it.... :-) These artworks are made by Avri Koyun and Emaillierwerk Boos & Hahn.

Yep very cool subway station with all this murals, different according the levels. I like the Hippo (nice effect for the water) or the seal... Even if this murals were done in 86, the design is still relevant. Thanks for sharing all this photos.

Yes, this station is legendary well known. At least for the artlovers. Those works were made around 40 years ago, good observation or research! And it´s still there, still good and giving the passing by people colorful glimpse impulses.