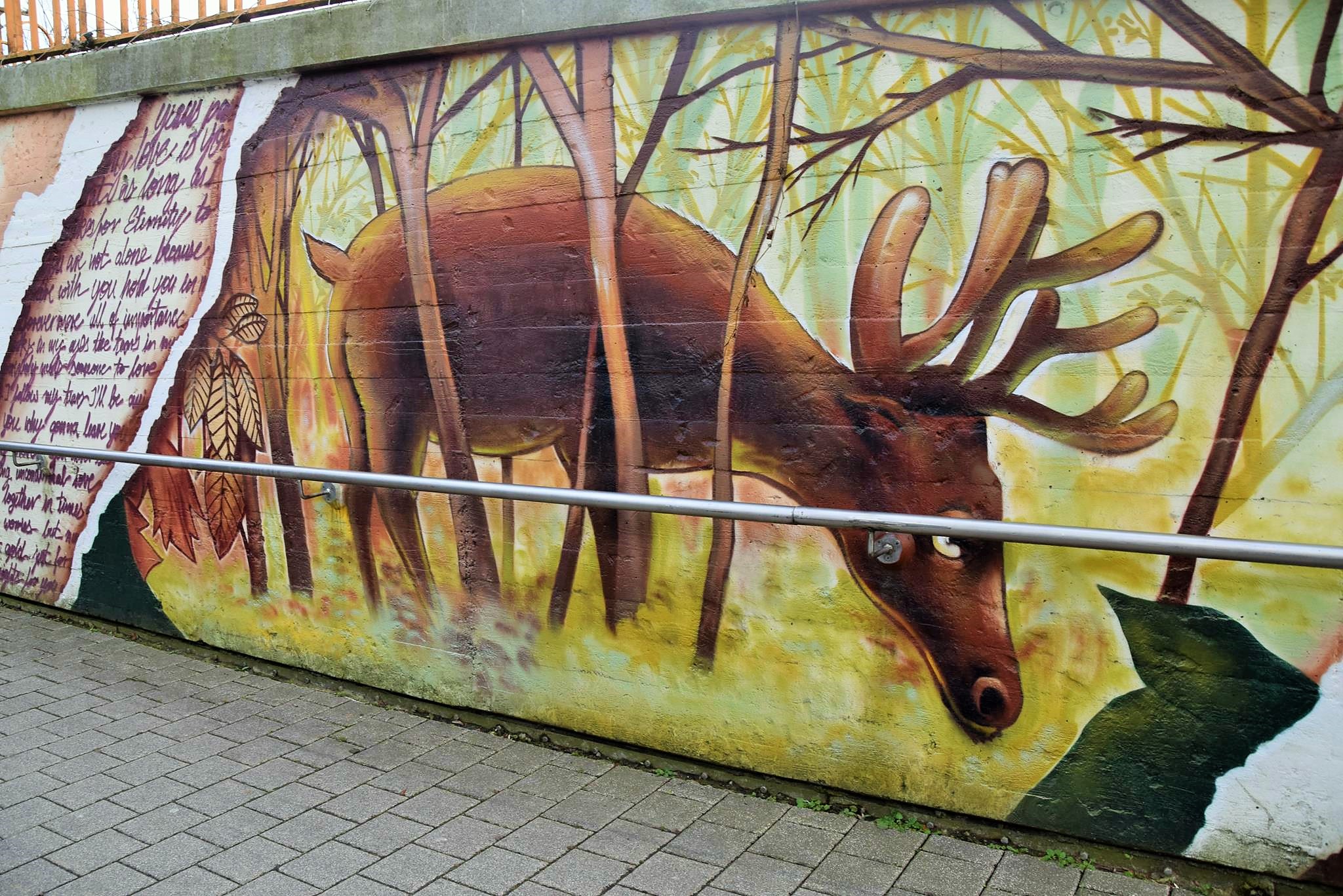 ( 13 pics ) A last piece of the Wäldchen is still to go. Here you have it! This great "Tunnel-Graff-Paradise" has also an exit on the east side. This part is more forest style and the great stars on this scene are the owl, the moose and endless letters.

As well... Why I am always writing and posting at night? Actually it´s stupid to post in the middle of the night, nobody can see it. But maybe on the other side of the world people are just waking up... Could be a good side effect, but it´s definitly not that.

The nice quietness of having everybody around sleeping... that means everybody. Now they sleep. Stupid and non-stupid, tall, small, young, old, left, right, up, down, whatever, everybody is just sleeping. .... Nice.... Finally more time to be really creative and show as well something to the Steemians! :-)

A real goldmine of graffiti this passage Wäldchen. Thanks for sharing this pictures. You write the night so I can see that by waking me up... perfect :-)

Thanks! And when I am going to work in the subway I see your updates. But really looking on it, I just do take my time when I have some time and look closer on the stuff. Maybe I don´t like and plopp up that often, but when I do it means I really went through the content. Really like you way of archivation and descritpion.