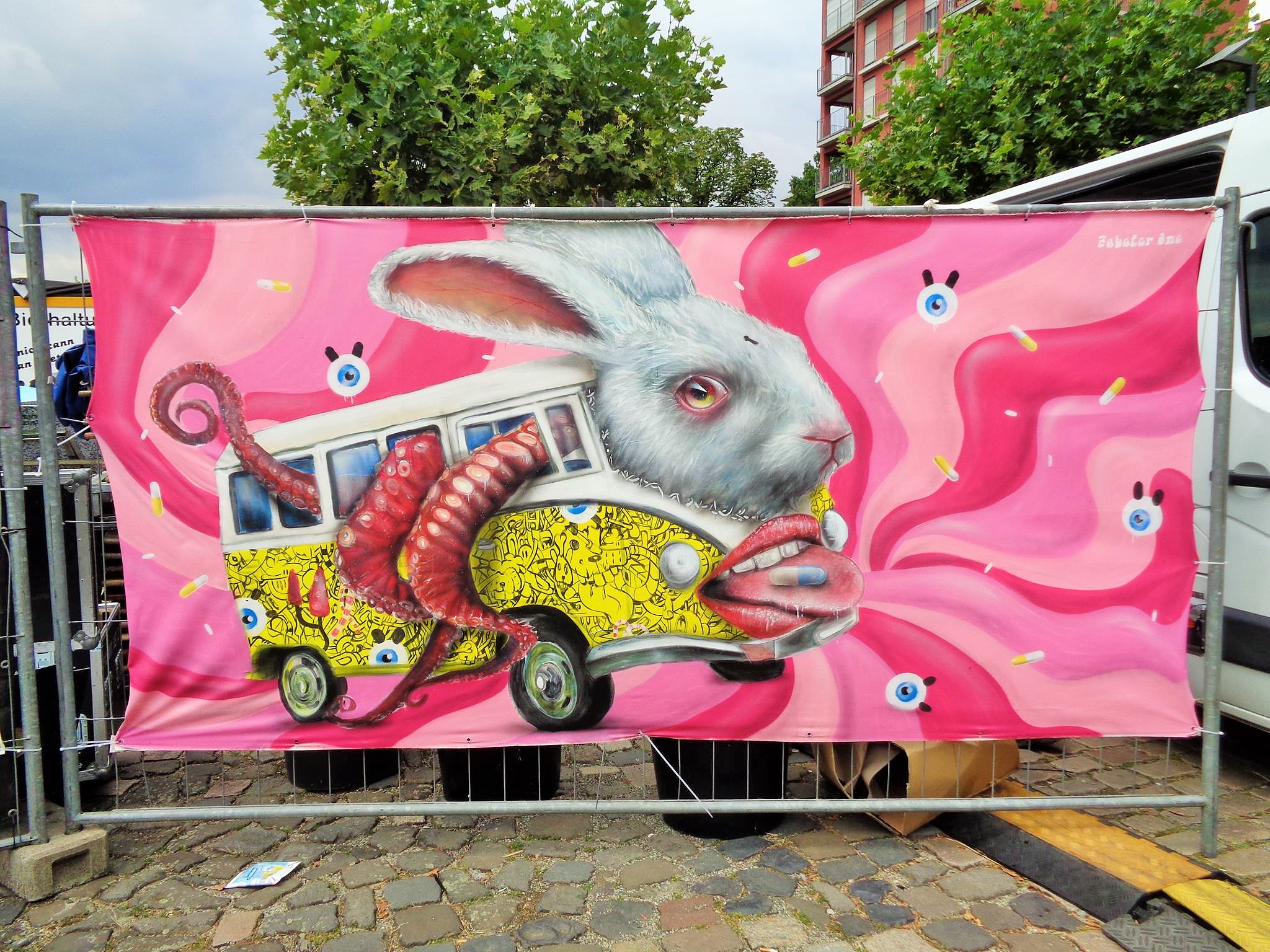 (29 pics) During the summer month there is in the Frankfurt East a fantastic alternative theater festival close to one of the artificial old harbour channels. In the so called suburb "Ostend" at the Weseler Werft there is every year the "Sommerwerft" for several weeks. There they have theaters, music, underground cinema and just funny people, a relaxed atmosphere and a chilled out place. It is like a little phantastic oasis to another world of carneval, beduine tents, exquisite delicacies and freak out bazars.

The best of all of this is: It is located in front of the European Central Bank. It was there before they build the huge monumental finance center, and it is struggling since they finished the complex. But fortunately there are still a lot enough real people in the city who want this festival to stay and support its existence. It´s a pearl and a little refuge in front of the big dark profit tower. Two worlds next to each other. The people come togehter, and then the worlds are not so different anymore. During the festival days there have been several spray and graffiti events. Some local artists did there a nice job at wooden walls or on mobile vehicles, as well they made some textile fabrics with awesome themes.

such vivid and imaginative use of the colors, really enjoyed these graffiti shots.

Great the Hoodie Dogs are back...

Yes they are... They will appear time by time in some posts. Their home and the doghouse is at Naxos Hall. Another fantastic place in Frankfurt city. But step by step... :-) And here, we build up a nice "streetart-atlas". Somebody told me this recently. That word "atlas". Yes, an archive, but nice edited and not short-way shout out, more like a documentation which everybody has acces even years later.

And you did it again! Thank you for motivating and pushing my doings! ❤️ I will appreciate with putting much more streetart and graffiti content on this nice platform here :-)