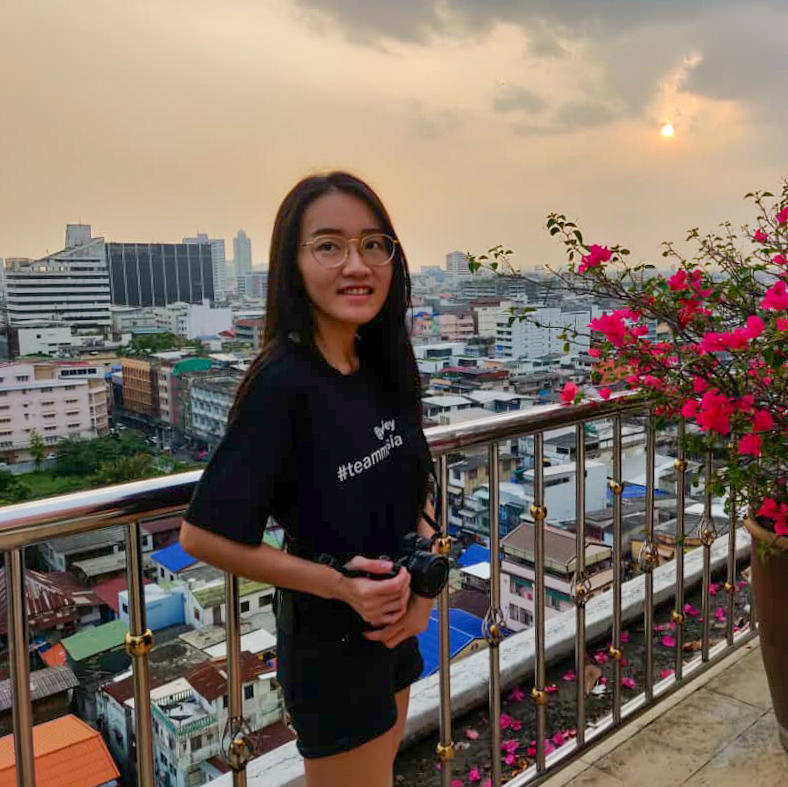 I'm already missing everyone!! I finally have time to sit down and reflect back on Steemfest 4 that was held in Bangkok, Thailand.

I'm kinda late to the trend and there's already tons of Steemfest goers writing about Steemfest 4, so for now I'm just going to make a quick recap of Steemfest.

Location-wise, I'm so glad Steemfest 4 was held in Bangkok, Thailand. Any further than this, I would only be dreaming about attending. Although attending it in Europe would be so much comfortable and cozier, Bangkok's heat and humidity were experiences on another level. And the river and canals made it so much fun as well! I have never experienced something like the canal boat, it was scary but exciting at the same time.

I'm not sure if this is just me, but I found that most of the food that we had during Steemfest were sweet. And as a Malaysian, I prefer savoury food, and spicy! But this time, not wanting to ruin my Steemfest, I chose to not eat much spicy food! But Bangkok itself has so much food to try, lots of them I have never even heard of and the street stalls are everywhere so you can always grab something.

If you have seen me at Steemfest2, then you would have noticed that I was so shy back then. But this year, I found myself talking to more people, feeling much more comfortable doing so. Maybe because I have been on Steem for few years and know more people from their posts, I know more about Steem and could engage in a conversation. Or maybe because this year's crowd was smaller, and since I don't do well in a large crowd, it was just nice this year. Or maybe it's all the beers that I kept drinking so I forgot about shyness and just let my guard down. But I think @anomadsoul's challenge for #roadtosteemfest definitely helped whenever I have no idea how to start a conversation and I recognized some Steemians from their #roadtosteemfest post, like @wanderein.

Who would have thought that Steemfest was held just in time for the Loy Kratong Festival. I have never heard of this festival before. According to @waybeyondpadthai, this festival is to thank the goddess water for providing Thailand with water. This festival involves floating a piece of decorated banana trunk into the river. for me, it is really amusing and beautiful.

The talks can be boring sometimes, especially when you are extremely tired and sleepy, you can't seem to understand a word 😂 But there are really some talks that caught my attention, like the @cryptobrewmaster and @sct's. Not to forget @coingecko's (Yes, I may be biased here 😂)

Can't talk about Steemfest without talking about the party. First night opening drink was fun. Everyone was talking to each other like they haven't met for a long time, even if it was just their first time meeting. Second night party was at the bowling arena. I didn't expect to enjoy bowling that much because I am so bad at it but @stoodkev did a really good job at coaching. I literally went from 0 to 9 that night. I didn't get any strike but that was good enough for me 😂 And the cruise dinner was AWESOME!

All and all, Steemfest 4 was tiring but a lot of fun! Having it in Thailand was a blessing for me and I do hope it will be in Asia again next year. But even if it won't be in Asia, I will try to make it! Until then, see you next year!!! 🎉

Great recap, @vaelriey. I share a lot of your feelings about this time. This was more overwhelming than I thought it would be!

Great to meet u! Cheers 🍻

It was nice meeting you as well! 🍻

You had it in you! Next year I want to see strikes! =D

It was good meeting you

It was nice meeting you too!

Aww, I'm flattered. This is an awesome and fun steemfest!

You’ve been upvoted by TeamMalaysia community. Here are trending posts by other TeamMalaysia authors at http://steemit.com/trending/teammalaysia

To support the growth of TeamMalaysia Follow our upvotes by using steemauto.com and follow trail of @myach

Thank you so much again for coming your our meetup in Bangkok!!! Glad we got to finally chat a bit, during SF it seemed nearly impossible! Let's stay in touch via Discord! All the best to you!!

You are welcome! And let's hope we can meet again and chat more 😉

really really really enjoyed my time at steemfest! it was nice meeting you and i hope to see you guys again on the next one! :)

Awww glad you enjoyed it as much as I do! It was nice meeting you too! 😄