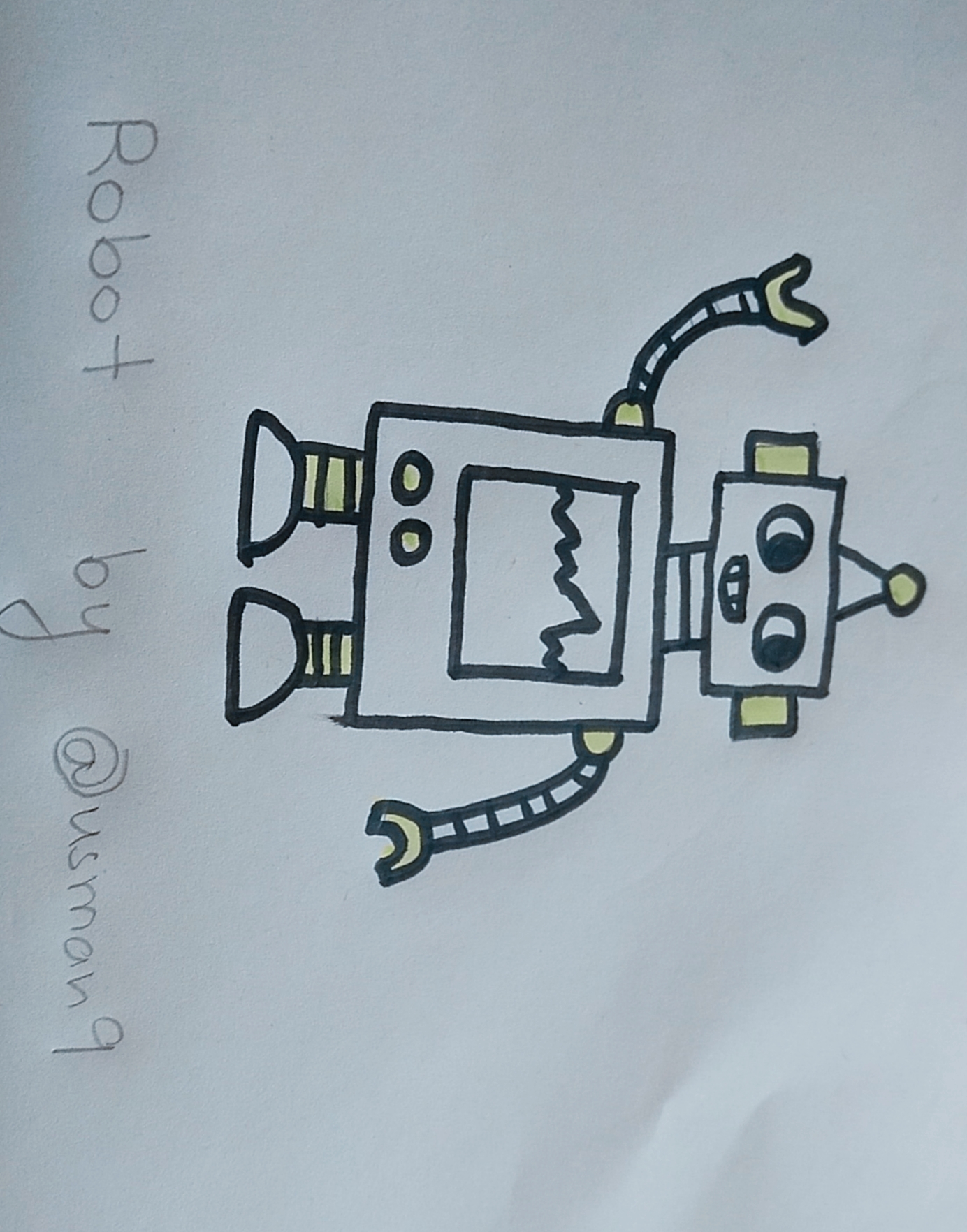 I hope all of my friends are doing well and contributing to this community, particularly the admins @azamrai who run this group and are doing an excellent job.
By the way, I can tell you about my everyday activities, but I believe I need to try something new.
I have to do things that I enjoy communicating about, but I want to do something different from anyone else. So I've made a sketch . Now I am share with you.

Robort is a technology that is playing a major role in making our daily lives easier. It is not only a robot in human form but it is a machinery that uses us in various matters.
It was very easy for me to draw from it so I have drawn in front of you and now I will tell you about the different types of Robot which are described below.

There are many types of Robot that are making man's life easier.

Robert also cooks and cooking in the life of an ordinary person, mostly working in hotels and also working in restaurants.

We cannot imagine that such a technology has been discovered today that has even come to the robot of those who take part in a war and help an ordinary soldier in running and many have taken part in the war.

Robert also plays an important role in agriculture. They plays a major role in growing and reaping crops.