BREXIT NEWS: It's official, the bill has passed 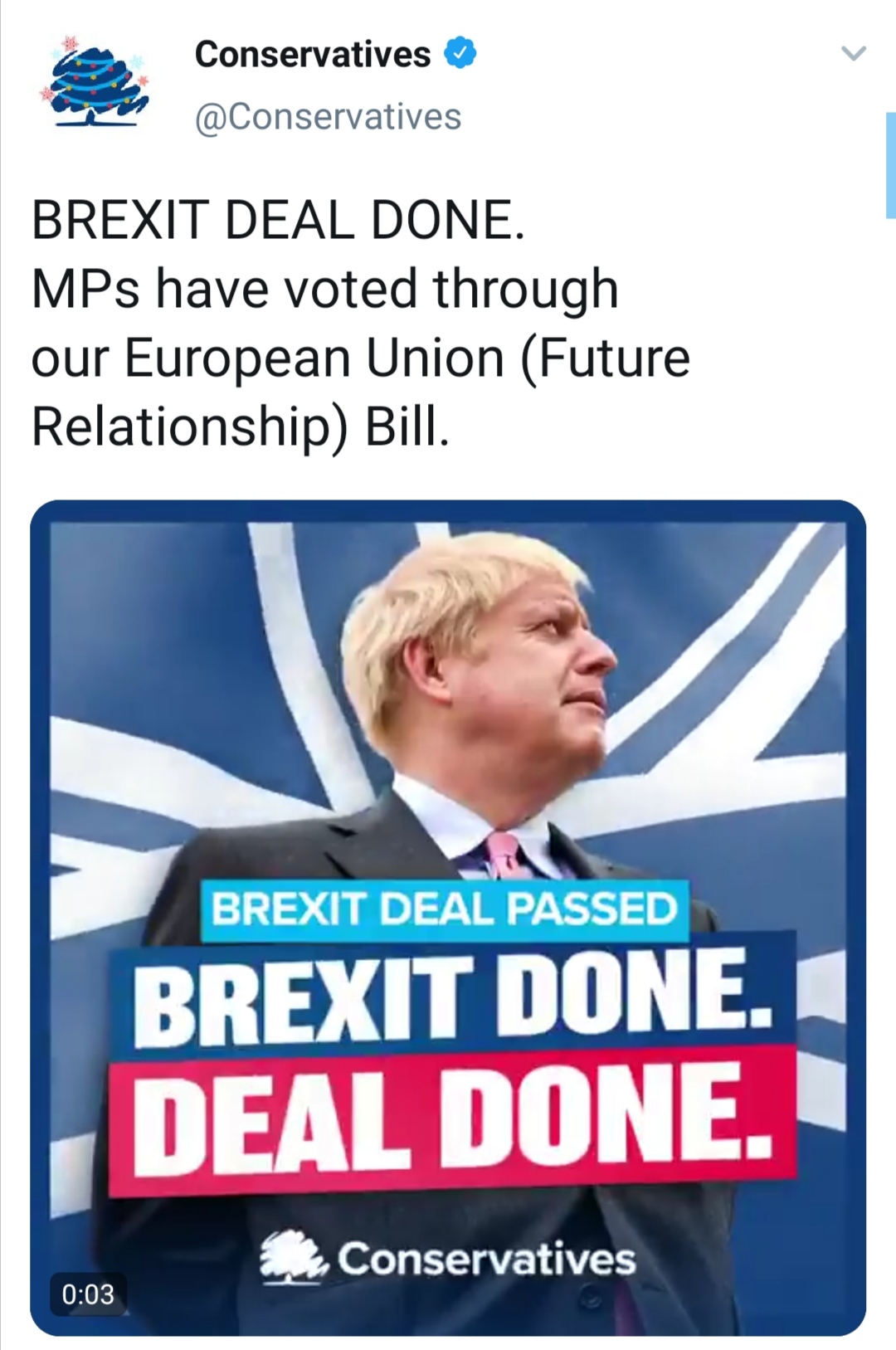 With an overwhelming majority of 521:73 the brexit bill terms have passed and been given the seal of approval by both majority parties, with just the Scottish Nationalist Party (SNP) and Liberal Democrats objecting.

This is big news for the UK and the final stumbling block before we leave officially on Jan 1st 2021. In my opinion it is a watered down agreement and wasn't what was voted on back in 2016. OUT MEANT OUT as far as I was concerned, but it's a big step in the right direction.

You got a 100.00% upvote from @votemypost Send any amount of Steem to @votemypost with your post link in the memo for a proportional upvote. Earn a passive income by delegating Steem Power to @votemypost