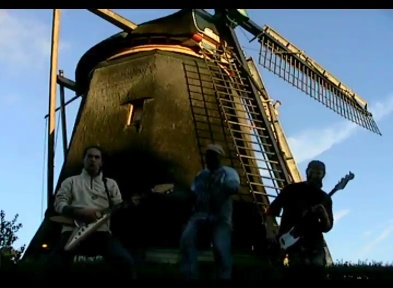 I belong to the so called Generation X, or also so called MTV Generation.
The one that witnessed one of the most important transitions in the Music Industry, when music video killed radio star.
The one that spend it's youth watching Beavis and Butthead. :)

So, while recording and preparing and releasing debut Ugochill album Theory of Relaxivity , one thing was clearly missing from the picture in order to have full fledged indie music release.

Personally, I knew many great people, friends, artists, musicians who were willing to work, or help me with making music.But considering music videos I knew none.

But just as it happened with making music, in the beginning of the new millennium, making videos was also getting more and more accessible and available.
Happened bit later then music, when computers got stronger, better.But it was inevitable to happen, just like it was case with music.
And then on top of it we got YouTube platform, that it did not take much time to become global phenomenon.

In the end making music videos became my second passion and till today I made quite few of them and not only for Ugochill but for other different artists too.

My friends were also willing to give it try and play with it and we shall see what we can come up in the end.After a while inspired with fun loving track for which we wanted to make video, and inspired with Amsterdam, Holland our friendship and lifestyles, I got this idea that we should record us attacking the windmill.

Video was supposed to be funny as much as possible.But making of it I took as serious matter.Made everything, scenario, sketches, talked to my friends...and soon enough we made appointment to go and record some video shots.
Man did I have fun when I started editing later. :)

May 12, 2009. Music Video for the track,Ugochill feat. Mc Srah Ofah - Let's Go (Ajmo) was posted on the YouTube.This video makes me smile every time I see it.It is testimony to our friendship and good times that we had.It is in many ways, the one and only real Ugochill music video.

Ironically in sync with message of the video.Our lives began to change.To transition and transform.Video did complete the package.But also as it turned out, placed stamp on that decade of our lives.I became proud parent in 2006. of my first daughter, life was pressing me to drastically change my attitude and lifestyle in order not to be daddy starving musician.But daddy you can always lean on, who happens to be also mad about music, not only about them kids too.Quite few very good friends left Amsterdam.Amsterdam was also changing...but more about that bit later.

Let me introduce to you, one and only Ugochill music video , feat. Mc Srah Ofah - Let's go (Ajmo)

Featuring in the video :

Everything you do is top class. Amazing music and so varied!

You need more COFFEEA in order to use this service.

Lucky you @ugochill here is your COFFEEA, view all your tokens at steem-engine.com Vote for c0ff33a as Witness

Hey @ugochill, here is a little bit of BEER from @atomcollector for you. Enjoy it!

You need more COFFEEA in order to use this service.

I love the energy of your video.. Looks like you all had a lot of fun making it :)

loved this from way back on acr , always smiled when it popped up on the cycle
!BEER !DERANGED
!giphy letsgo

Hey @ugochill, here is a little bit of BEER from @theturtleproject for you. Enjoy it!

brilliant track and a fun and enthralling video to boot , EXCELLENT !!!!!!

Congratulations @winkandwoo, you successfuly trended the post shared by @ugochill!
@ugochill will receive 0.00063788 TRDO & @winkandwoo will get 0.00042525 TRDO curation in 3 Days from Post Created Date!