Some death sentence are excruciating (a poem within) 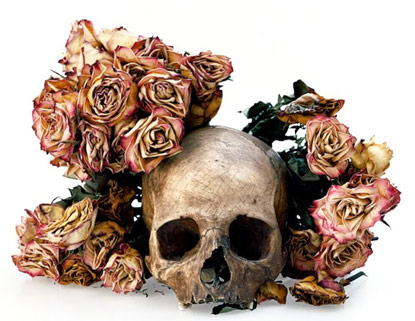 Death in most cases doesn't literally mean to die, in some cases once something stops functioning, then it's dead already; meaning it doesn't relate to human breathe alone; like once a human stop breathing, then that's the end of the road. You could be breathing and be dead, let's say -- maybe the way things use to be, use to function stops working then whatever that thing is, should be termed dead. Imagine a fruitful woman capable of bearing children, accidentally injures her precious womb and later receives a diagnostic report "that the womb is totally destroyed", then it becomes obvious that barrennes is inevitable, though she's alive but her priceless factory for reproducing babies is now dead.

Today I was watching a movie on a local channel at my friend's house, I went on a short visit, "to say my Hellos and Hi's" 'cause it's been a while we kept in touch. In this movie, I watched how a king sentenced two of his servants to death, and the method of death was by stoning. I don't know what their crime was but I felt that the penalty was too harsh. Atleast locking them up in a dungeon filled with thick darkness, is still a fair judgement. Well, we all know how this stuff works; those whose birth are lowly in status, who lacks any lineage of royalty receive extreme punishment in the olden monarchical days, an unfornate fate.

In my own opinion, though it was just a movie, I feel this method of punishment in the pre-literate era sucks. To spice it up, this method of execution or sentence is still operational in our modern time, in areas where religious laws and customs are highly upheld and acceptable.

I went as far as to do a little low effort google research on the history of death by stoning and I was amazed at the location the sentence itself took root from — a religious root. Death by stoning was only passed on those who defiled a sacred commandment, on those who committed adultery and on those who posed a threat to the long reign of a king or who disobeyed a customary law, fascinating.

Left to me, I find this punishment/sentence excruciating 'cause the condemned individual will suffer unimaginable pain and severe damage from the stones. Also from my google research, it says that this judgement of execution is still existing in some part of the world, I won't write the name of these country. LOL. It's even a customary law, legal in their judicial system and binding on their community.

I feel that this method of execution should be abolished, it should be erased — and all death sentence should have no or little pain to it. The condemned should be executed painlessly. I myself don't derive joy in the death of any condemned human sentenced to death for their despicable crimes 'cause no man on the surface of this earth can create a soul (flesh and blood). How I wished humans never had any kind of default that invites death sentence but it is worthy to note that any other form of death sentence exist because blood was shed.

Let me end this with a poem —

Why do humans err at their own
detriment knowing fully well
the road leads to fulltime doom,
I wonder if it's behavioural blindness;
Having moral eyes but can't see,
Or maybe the inner eye that stares on
The way of uprightness is diseased...?
How can a man carry a knife
To slaughter his fellow man?
Is it that blood has no significant?
How can a man self destruct
With bombs, wasting lives
In the market and open places
Like busted worthless party balloons.
I am disappointed at the hands
That delight in heinous crimes
If only they knew how wise
It is to lay on a comfy bed
Furnished with expensive fabric
For living an upright life
And how foolish it was
To be locked in dark cells
As a hardened criminal
Wasting away their destiny
If only they knew
If only they knew.....
Please let us be wise.

Glad someone is carrying this. :)