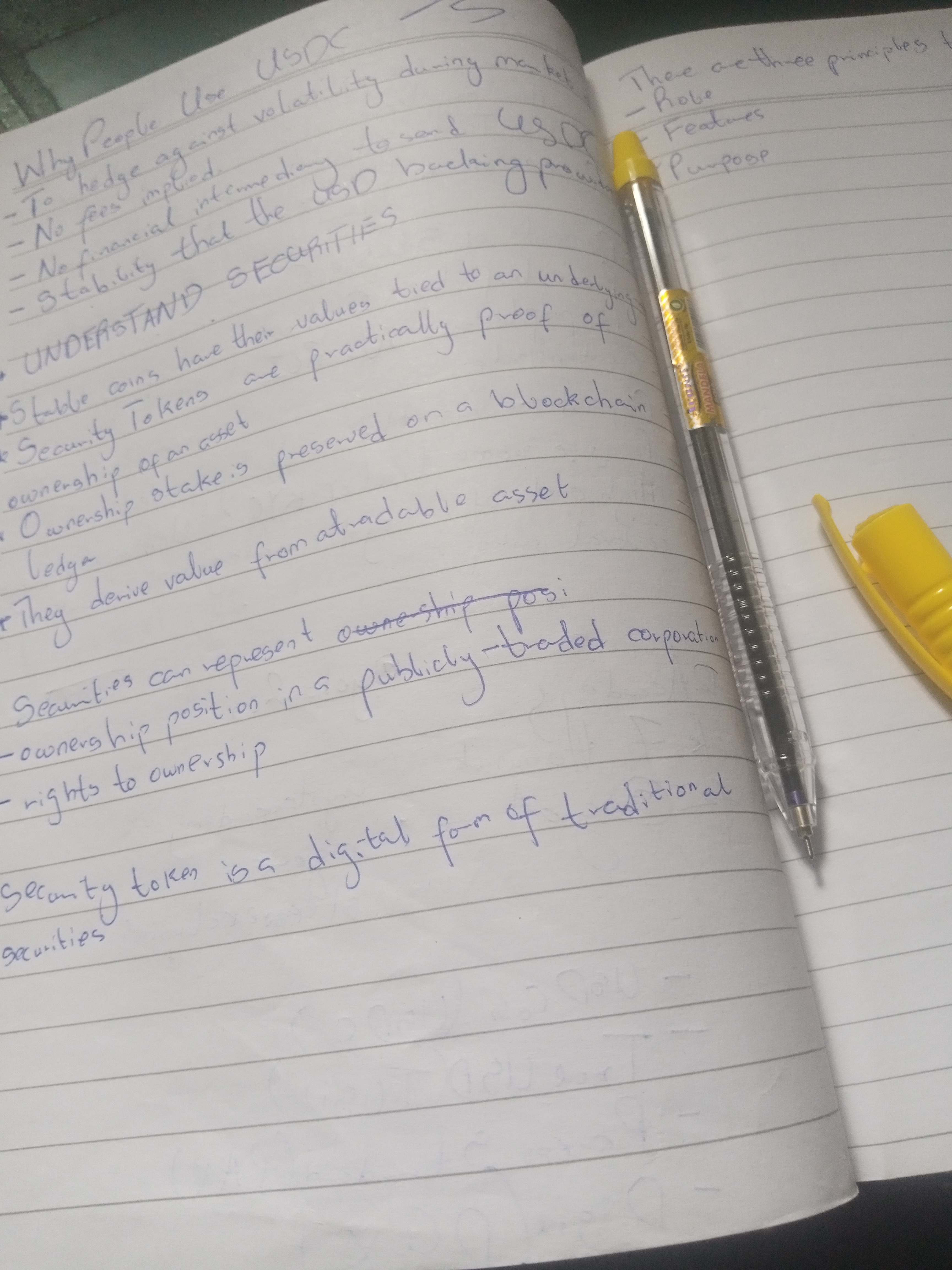 I woke up by past 6am today. My mum was leaving the house so I had to open the gate for her. Her car refused to start up and after minutes of pondering on what to do about the situation, she decided to leave it like that till she returned.

I did the dishes by past 7am. Workers came over around the time I was done doing the dishes. I ran up and today because they (the workers) were in and out of the compound frequently.

I brushed my teeth and began preparing a post for Cryptoacademy when it was almost 9am. My mom came back home by past 11am. I opened the gate for her and went back in.

I took a bath after some time and continued with my post preparation when I left the shower. I prepared the post for hours. It took so much time because I got too engrossed in the studying aspect and forgot about the writing aspect.

I began writing the post by past 2pm and was done by past 3pm. I began replying my social media messages when I was done.

I ate my first meal of the day when it was almost 5pm. I rested after eating.

By 7pm, i continued the FA cup semi-finals match between Manchester City and Chelsea. It ended 1-0 with Chelsea as the winners.

I ate dinner by past 8pm while watching the news. I went online on social media and replied to my messages.

I changed the channel when the news was over and watched some cartoons.

It's past 11pm right now. I'll go to bed early today so that I'll get up in time to prepare more crypto academy posts

Please what's the meme of that your meal... I guess is a toasted bread right?

Yes it's toasted bread with fried egg within

Oh... Its really nice, the good is making me feel really hungry

Nice post, and it have been long that i not watch and that is last 2 years, well thanks for sharing.

I too can't even remember the last time i ate toast bread and egg,see enjoyment!