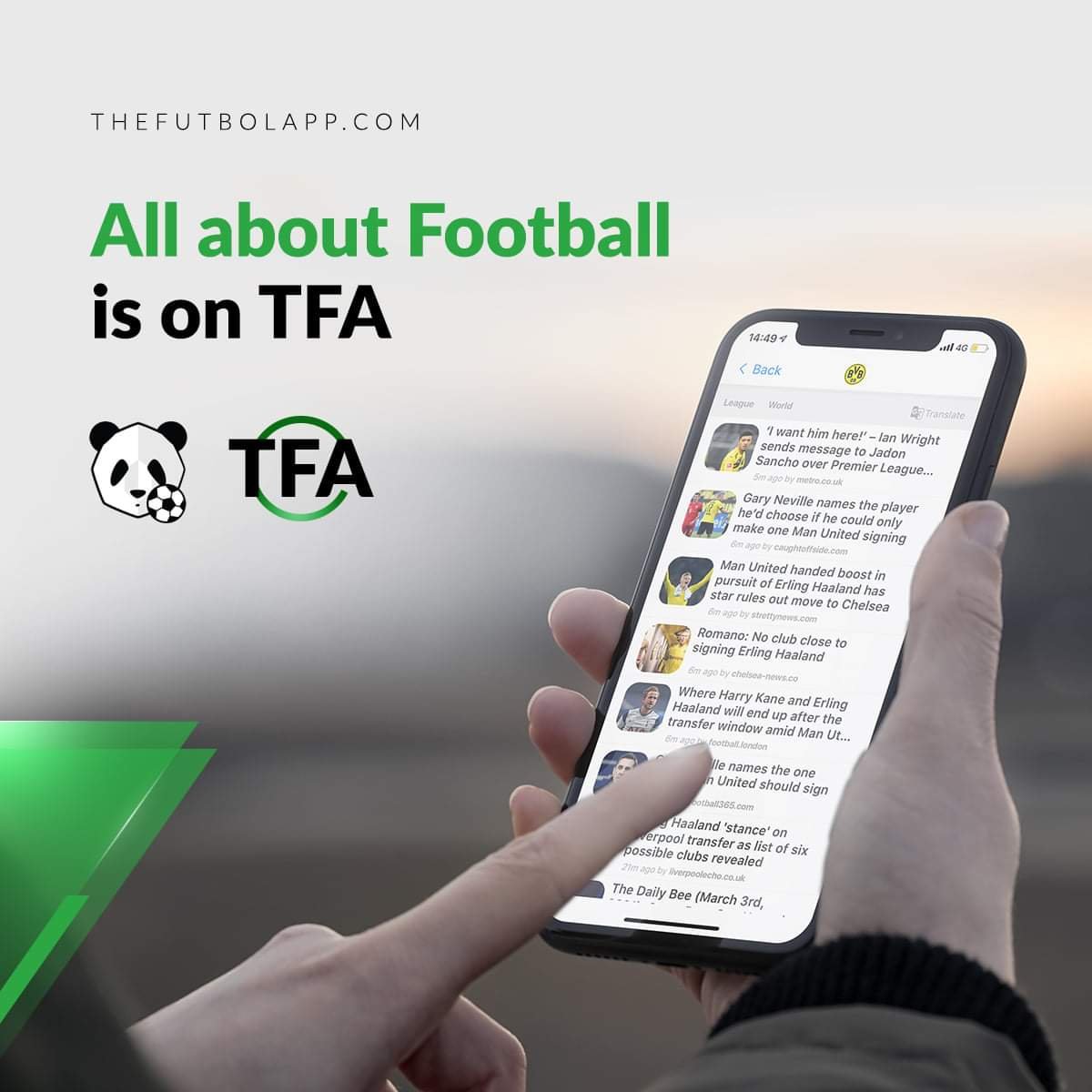 TheFutbolCoin is a digital finance unifying with TheFutbolApp to give back to the society for doing what they love best; attentive to the updates on football while watching and supporting it. This digital finance also allows advertisers to advertise their businesses, and provides the TFA user base with exciting offers. This brings about safe and convenient transactions that are connected to football(purchasing tickets, donating to charitable organizations etc). Through the adoption of TheFutbolCoin, an important digital finance is introduced. TFC has a special monetization procedure that involves premium in-app advertising(businesses can get hold of TFA users located in different locations around the world at particular periods). Also, the kind of Instagram ads is adopted on TFA where display ads or videos are presented to TFA users without disrupting their activities. It is highly favourable to small business owners that plans to reach the TFA community, but cannot afford to pay for bulky fees on TV or in-stadium. TFC is the only form of payment accepted from advertisers on TFA. These tokens are naturally gotten by the advertisers from the users on TFA after they exchange their services for TheFutbolCoin(TFC). TFC is mined by users every day when they use their account, and advertisers mine TFC from users by giving them the opportunity to enjoy their services, and they give them their TFC tokens.

What is TheFutbolApp(TFA)?
There are millions of supporters out there who are interested in following the live scores of different games, but there are billions of supporters who follow different clubs and players. These set of people are also interested in the social aspect of the club, and instead of just following live scores just like the rest of the supporters, they go as far as following these clubs and players on social media such as Instagram. The love of football has been directed to social media, yet there has not been any app created for the sole purpose of football and their fans.
But, TheFutbolApp has come to change the look of things by providing an app for both the occasional and unrelenting fans. TFA brings about the liveliness of a social network around clubs and players which creates a deeper connection in the social events. A discussion room is also created for different clubs and players in different languages. TFA doesn't only focus on watching and following updates on football as there is also fun on this app including beneficial free games.
Most of the unrelenting fans follow more than one football club which means they would have to individually follow the updates on these clubs by using so many apps and websites to be part of the discussion, live scores and updates on the different clubs. This is a stressful act that the fans have to pass through all the time. A solution was provided by TFA to make it easier for the fans to easily follow their favourite clubs in one app, and effortlessly swipe between them on TFA. TheFutbolApp has already been launched in Cyprus with the support of local clubs and players. It is also available on Play store and iOS.

Official Links of the project

Hey, Notice your efforts!
would you like the come together and comments on each others recent posts.
You can put anything you want to comments!
This is the best way to qualify for bounties for both of use, let me know!