The result is not the reward, it is the fight and struggle. 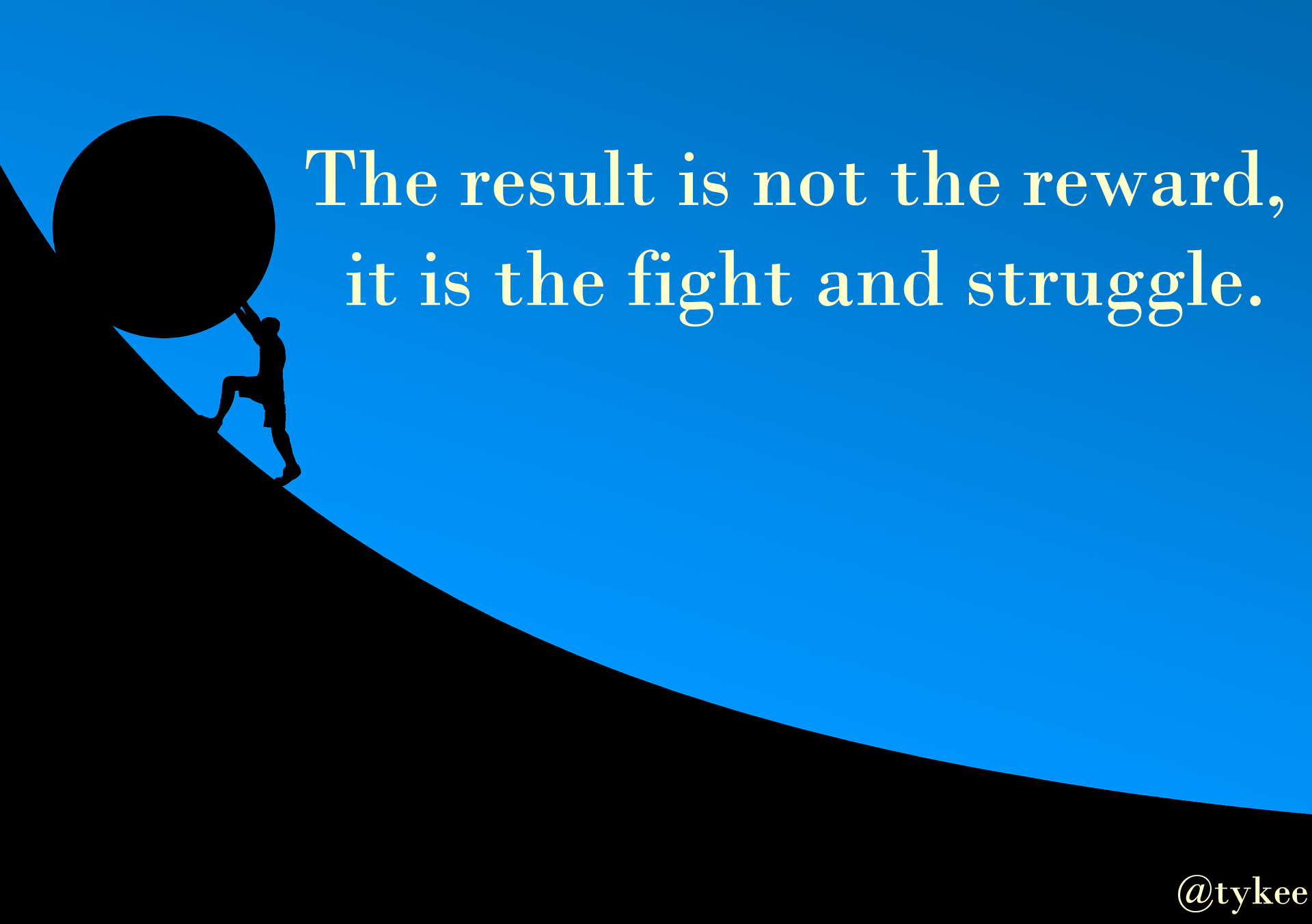 I was among the active defenders in the team and I was instructed to play against the team best attacker. I knew this guy to be a very sharp attacker, and my mind shook a bit.

When the game started, I put in at my front always. Therefore, for him to pass through, he would need to dribble me. I was not the best, but I trained myself to be a hard to dribble defender. He was fast, but I always slide the boy through his legs. After the first half, he could not get anything good from my wing and the scoreboard shows 0-0. It was hard to stop the guy because he was so fast and sharp. I struggled, the team struggled. The match ended 1-0, and it was a victory for us. After the match, the coach called me and commended my effort.

It has been 13 years, but I remembered it and learned two things. If you can see the obstacle, you can beat it and the result will never come without the struggle. I think about this often. We live life at the moment and we all need to live in an arena and achieve every day’s reward.

I had many experiences during my stay at the academy. There were times I failed but in this match, I succeeded and whenever I think about the victory that day and I see the struggle to hold the most dangerous attacker as the reward for the match. The activities, the effort, the willpower and the spirit.

After the competition, we were crowned the first and people celebrated with us and many people only considered the success without considering the process.

Ever since then, I see things like this happening in any aspects of life. We focus on success as the reward. The world makes us feel that without success we fail and have no result. But what about the moment you had a good fight but failed? What about times you worked your “ass out”? The good plans that went bad? You got no reward?

It is not just the result that matters or makes your effort valuable, it’s the struggle and fight in the process that is the reward because it gives you experience.

This goes on in every aspect of life. Having massive sales, winning trophies and other success are just the effects of your effort, hard work, struggles and none would come without the actual reward which is the process.

Live every moment and enjoy your reward. The side effect would come.