The 24th — Review and Thoughts. #NO-TO-RACISM 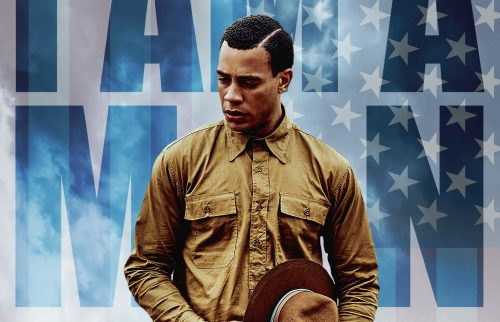 Aside from Empire series that I watched, I have never watched another movie that feature  Trai Byers. Maybe he is not so common in movies or I don’t just find his movies in the top charts. The 24th is a movie inspired by a real-life event about the 24th soldiers of infantry in the USA in 1917. The movie is about how Negros are treated and how they later killed some whites in the countryside.

I must say that if you are a man of color and are living in the United States and other countries that see blacks are something else, you are still living in better days. Those that really suffer are people in the old past. It is a disgusting thing to watch.

There was a time I saw a very old card which the United States Minneapolis are giving to whites as a certificate to kill Niggers. It is a very annoying thing to think that people have suffered just because their parents are blacks and they gave birth to them.

The 24th infantry soldiers were blacks, but no one regards them as anything. They can’t even arrest the white and they are just like nobody, despite the facts they were soldiers. I will share a bit about the plot.

The movie is centered around a Negro, Boston, which is Trai Byers. He is no entire black, so they consider him slightly Negro and white. He joined the 24th infantry to guard the construction of camp Logan in Houston, Texas. The mission of this camp was to train soldiers for service overseas in the world war. But only whites were selected to go to France, and the 24th hope to change it.

Boston had a good background in education and his colonel loved him as he sees him as a man that could bring a change to the Negros. Boston and the rest of soldiers faced many racial cases of abuse in Texas. When it got to a point, their colonel had to leave them because of family pressure on leading the black soldiers. He transferred the order to his assistant there, and this is when the soldiers started losing control. The new leader could not control them and they began to fight back at racial abuses. In August 1917, the 24th infantry soldiers enter the city of Houston to kill white police.

They killed some innocent citizens in this act. Eleven civilians, five policemen and four soldiers were killed that night. And after this event, they could not go back to their camp. They were later arrested and 19 among the soldiers were hung, including Boston and 41 were sentenced to life imprisonment. This is a true story.

This shit racism started many years ago, and it is still happening and it is freaking annoying. Why should a living being suffer because of the color on their skin? It is a disgusting thing that should stop.