Lesson from the Ancient Greek: Count No Man Happy Until the End Is Known 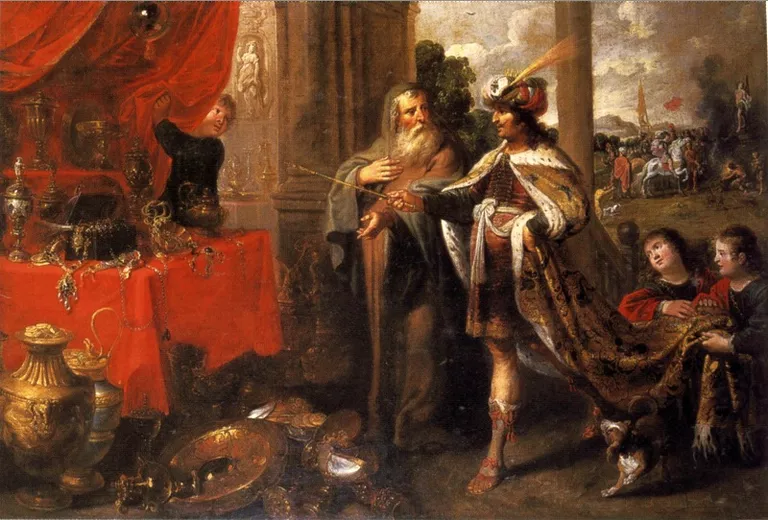 You may be familiar with this, but I saw this quote in a movie I watched yesterday, Ava. Then I got interested in it. So, I read more about the quote and I saw some interesting things I like to share.

As I read, in the Greek ancient days, Croesus the King of Lydia got a visitor, Solon, who was an Athenian lawmaker. Croesus was so happy to have the wise man in his palace, and he showered him with grace and high-class hospitality. He told his guides to show Solon his palace treasures and beauty for him to see the marvelous power and the exceptional possessions that he has.

After Solon has spent days in King Croesus palace, Croesus called him and told him he heard of the great wisdom of Solon and the wise works he has done. Then Croesus asked:

Who is the happiest man you have ever seen?

With all that was in the palace of King Croesus, he felt he would be that person, and he was waiting for Solon to mention his name. But something happened.

Solon did not delay to call “Tellus the Athenian”

The King of Lydia Croesus was surprised and asked Solon why he chose someone with low life. Then Solon explained how Tellus lived and has good children and grandchildren and how he died a peaceful and respectable death.

Tellus... had both beautiful and good children, and he saw all his grandchildren from birth and all remaining alive... And the end of his life was most brilliant: for when the Athenians had a war against their neighbours in Eleusis, coming to the rescue and making a rout of the enemy he died most beautifully, and the Athenians had buried him publicly right where he fell and honoured him greatly.

The King was surprised about the response and press on by asking that, who would you pick as the second most happy?

Solon did not mention the name of the King again. He responded: Argives: Cleobis and Biton.

They are brothers who took their mother on a heavy ox cart for over 6 miles to the temple of Hera. When they got there, the people celebrated them and their mother prayed to the god to give them the greatest blessing. The two brothers slept in the temple and never woke up. Solon sees that as a peaceful death.

King Croesus was confused that how can two low lives and dead people be happier than he was in his magnificent palace. So, he asked Solon, “what would you call my happiness”?

Solon explained extensively, but what I would pick is — He told the King. “If he lives to 70 years, he would have over 26,000 days based on the old calendar and every day would have its own meaning in his life. Yesterday is not today and today is not tomorrow. Today may be good for you, but you don’t know what tomorrow holds”.

Further, he said, we could see a man that has good fortune as lucky, but true happiness should wait till the end of any man, to know if the man ends with the fortune.

So, Solon told the King, I have no answer for your question until I know how you end.

Count no man happy until the end is known.”

The King concluded that Solon was an idiot and felt like how can a man use the end to judge everything. And he decided to let him be.

After some time, King Croesus son died of an accident. And he made mistakes out of pride. He tried to defeat the King Cyrus’ Persian Empire, but he failed and he was captured by the Persian and was put on a fire vessel. When the fires started burning and touched his feet, he started shouting the name of Solon.

He did not die in this event, but he realized the words of Solon to be true.

There are more about this ancient Greek story, but I will stop here. This story brought some thoughts in my mind. It does not matter how you are doing at a point in life, what matters is how you end.

Colonel Sanders started badly. If we are to call happiness, he would never be among people to be considered as a happy man. He lived over 60 years before he started making a fortune and lived for many years with fortune and fame.

Work with your time.

There is a popular saying in Africa — “If there is life, there is hope”. Everyone has their time in life. I think it is valuable to focus on ending well in life than focus on quick fortune and wealth.

Work with your time and end well.