#SPUD4STEEM - You only have 5 days left, Prepare Yourself for Power Ups in December. 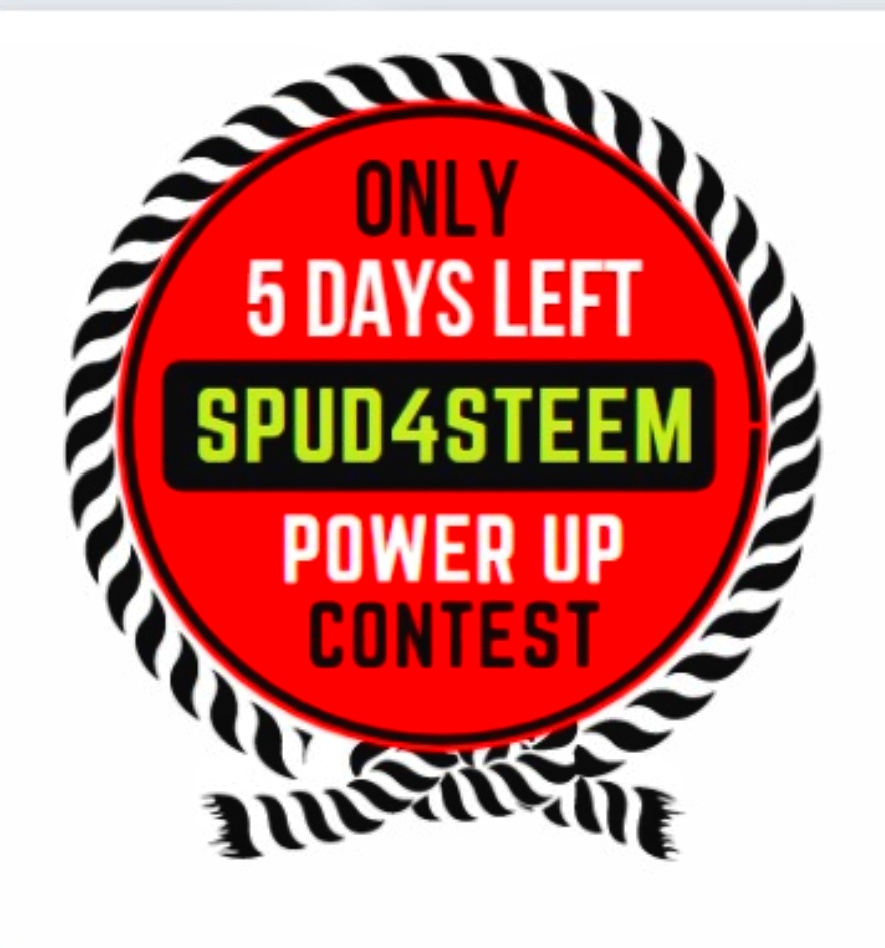 First place winner gets 12,000 SP delegate prize, Second prize 9,000SP, Third prize 5,000SP, Fourth prize 3,000SP and Fifth prize 2,500SP. All the rewards are huge by getting Steem Power Delegate for 21 days. Many things will you be able to do with the addition of a few thousand of this Steem Power ?

The #SPUD4STEEM Power Up Competition is great for you to take part in this contest. Especially with the addition of the #club5050 Tag that you can use. Just add the Tag #club5050 to your post when there is a Power Up to join the #SPUD4STEEM contest later on 1st December.

Before you take part in this contest on 1st December, you must make a one-time post to campaign the #SPUD4STEEM contest, by screenshot the amount of Steem in your Wallet, as in the example above.

Thus this information for all of you about the Power UP #SPUD4STEEM Contest this December, as your preparation to take part in this contest.

Come & Join Us for Better Life