These are the two only chess openings you need to know! 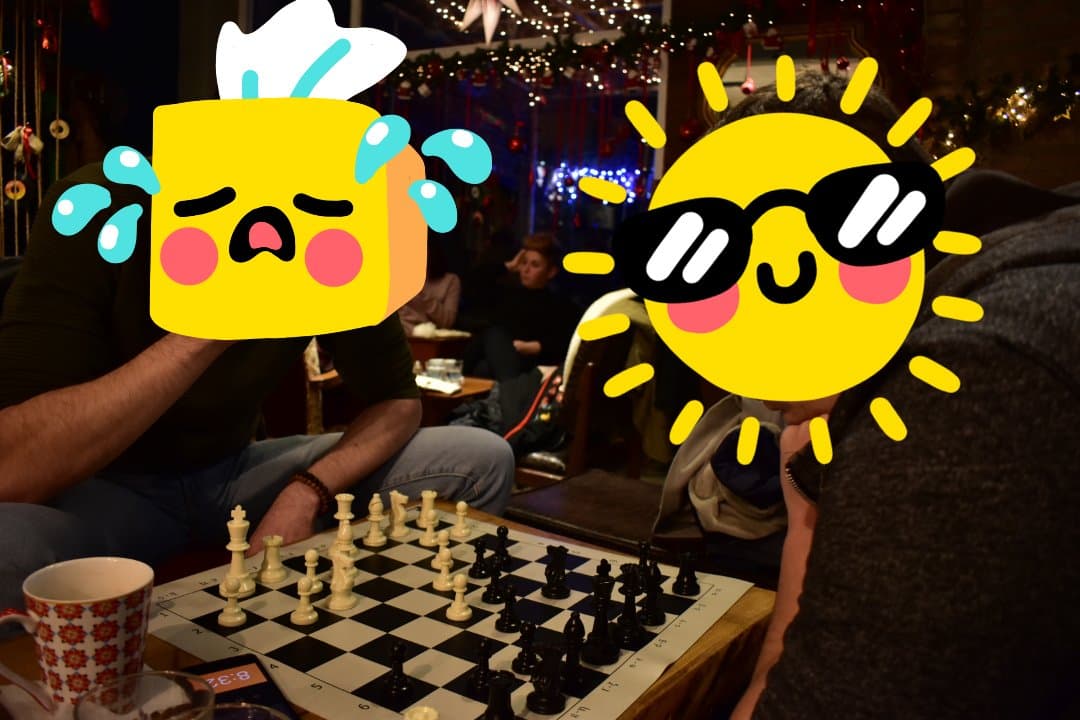 Found myself playing a bit of chess these days so I thought to share some quick and easy wisdom. I used to play a lot more in the past as a bachelor student, nothing too excessive, I would say 5-6 games per week on average.

I'd never became an expert or something but I had reached a level that generally I would win 95 % of games with every day players like me, and even win a lot of games versus people that would probably be considered quite a bit above average, either due to experience or due to natural talent.

So, here I am to save you. I will tell you the only two openings I ever bothered to learn, that once I started practising them, my chess game improved dramatically. One opening for when playing white and one when playing black.

Both openings have the following things in common:

So for white, the one opening I have learned is the kings gambit. If he moves the queen pawn, I go for the queens gambit. Usually since I play with average blokes I end up playing the kings gambit. There's not much to say. You make a small sacrifice in return for quicker and more complex attacks.

As for black, the opening I use is the stone wall defence which i fucking love to play. I guess the reason is that I always sucked with black. I had no idea how to open, so I usually tried to draw the game through sacrifices or hoped for a mistake from my enemy. But the stone wall defence opened for me a totally new different world. Suddenly, instead of a passive player going for a draw or a pawn victory, I found myself going on the offence almost right from the start. And the best thing is that almost nobody knows how to properly react to it. What I love even more is how natural all the moves and especially how naturally the attacks come. I have found my self doing some really nice checkmates with this opening and have defeated way better players than me thanks to it!

Here are some videos explaining these two openings:

Now, in case you wonder I played a total of 9 games these days. Ended up winning 8. The guy I was playing with me is someone I considered to be much smarter than me and a more natural chess player. I would have probably lost most of those games a few years back if it wasn't for these two openings. Not bad for a dumb fuck like me.

P.S.: Photos by my hot wife, @ruth-girl. Thanks honey!
busyblogpalnetneoxiancreativecoinchesslife

Didn't even bothered to learn chess. Realized my IQ was not enough to learn such a game and moved forward. I met someone a few years ago though, a girl, that was a chess national champion and ever since I admired chess players. Some clever neurons inside their little heads. Not in mine though...

I feel the wisdom running through my veins!
I was used to play chess too, exactly the same way you are (but with one difference,the very beginning we played a lot) so i totally understand you!

@ruth-girl teach me how to make these awesome pictures!!! I mean, I wish I had these emojis there many times, but I can never make it happen :) This way you even make a horse look cool!

I never played chess lol, my boyfriend knows how to play (so he says), but I never bothered to learn it.. If one day he asks me to play a game of chess, I shall go back to this post, and say nothing to him :) see if I can beat his ass!

Good luck winning a game with info from @trumpman. 😂

Honey, it's a piece of cake! I used the facebook messenger app to send the pictures and edited them there 😉
(2 tricks in one post, how constructive this day was, lol) 😘

well first try to learn the basics a bit. Learning these openings wont mean much if you have zero game experience.. unless you are a natural talent and you dont know it!

I play the gambit on white and use Ciscilian defense with black. I hate playing black...ironically

I hate people playing the cisilian and love to humiliate them when I get the chance, probably cause my biggest chess nemesis is using it too.

Man I hate playing as black, the game always sucks for me.

Try the stonewall then!

Very nice videos. Thank you! I'm the world's worst chess player (not modesty, truth), but still enjoy understanding the game. My son, on the other hand, is pretty good. I'll share these with him and he will surely give me feedback about the utility of these openings--for him.
Happy New Year, @tumpman. I love @ruth-girl's photo magic.

Happy new year my friend! Sure, let me know what he though <3

You need to teach me, Chess Master! Please share some of your wisdom with your humble hot wife who takes awesome pictures!🔥👩 📸

I prefer !BEER and poker. Sometimes at the same time

Hey @bluerobo, here is a little bit of BEER from @trumpman for you. Enjoy it!

Hey @trumpman, here is a little bit of BEER from @bluerobo for you. Enjoy it!

Your post was upvoted by @steem-ua, new Steem dApp, using UserAuthority for algorithmic post curation!
Your UA account score is currently 5.131 which ranks you at #983 across all Steem accounts.
Your rank has not changed in the last three days.

In our last Algorithmic Curation Round, consisting of 86 contributions, your post is ranked at #7.

Hi, I'm a chess fan, personally I don't recommend learning the openings if you're not good at it:

Now how do you become a good player?

a) Doing checkmate exercises in 2, 3, 4 and up to 7 moves little by little these calculation exercises will be very useful.

b) Perform endgame analysis, this is what gives you the level of a good chess player.

d) Once you get into the habit of doing exercises as a daily training, and some reading or playing of some player and analysis of it, you will notice a considerable change.

e) Study 2 openings for White and 2 for Black, one with e4 and the other against e4, d4 and against d4, mostly analyzing games with those openings, as much as possible.

f) Try to do blind exercises or play blind, i.e. without a board.

h) Play in the tournaments you do @schamangerbert: