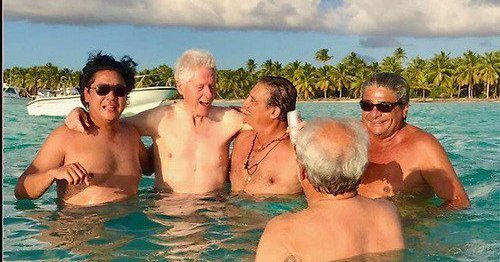 George Nader, who was a key witness in Special Counsel Robert Mueller’s investigation, was hit with new federal charges of sex trafficking for allegedly having sex with a 14-year-old boy he transported from Europe.

An indictment unsealed Friday morning in Eastern District of Virginia also charges Nader with counts of child pornography and obscenity. The charges come on top of separate child-porn charges leveled by the same prosecutors last month.

Nader is also charged with transporting child pornography—a charge he’s faced in the past. In 1984, Nader was indicted for possessing child pornography in D.C. The charge was later dismissed after his attorneys argued that the material was found through an illegal search conducted on Nader’s possessions at Dulles. In 1990, again at Dulles, law enforcement caught Nader with films featuring minor boys. Nader pleaded guilty the following year.