How to not get robbed while backpacking 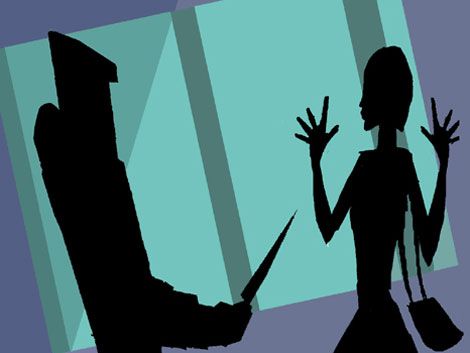 If you look at the State Department's "warnings" about various countries that are not USA or Western Europe they basically tell you do not go anywhere because only these countries are "safe." Those aren't their exact words or anything but it is kind of amusing to see them say anything negative about the safety of foreign countries since I think that many parts of the United States are far more dangerous than any of the 30 or so other countries that I have visited in my travels.

However, petty crime and theft is, admittedly a lot more likely to happen to you outside of USA but for the most part this is still extremely rare. Mostly, I feel as though it is the fault of the person in question and not necessarily because the country they are visiting is "dangerous." Here are a few tips on how to not get robbed while backpacking abroad.

For starters I want to say that I have been backpacking for nearly 20 years and I have talked to thousands of travelers during these times. I almost never hear about anyone getting robbed and it is an extremely rare occurrence. In every situation other than one it was a non-violent situation as well. Getting overcharged by a taxi doesn't count as this happens all over the world.

This is just moronic and not only is it potentially dangerous for you, but it is also insulting to the locals who probably have significantly less money than you do. I was in the Dominican Republic at a roadside bar with a guy who would routinely leave his stuffed to the gills wallet sitting on the table. This man was clearly carrying a tremendous amount of money as well as I'm presuming all of the credit cards that he has. This guy never did get robbed but here we were, in a relatively filled with petty crime country, sitting at a bar and anyone could just run by the place, snatch his wallet and flee on foot or motorbike, never to be seen again.

I'm not saying that you have to conceal that you have any money, but if you are doing this for the admiration of the ladies (which I think was the case on his part) you might accomplish this, but you could also just buy them some drinks without leaving all the money that you have and all the means of getting more that you have, sitting in plain view on a table in front of you....which leads me to my next point

Tip number 2: Don't carry all your cash items with you at once

Honestly, looking back on the above scenario you have to look at this guy with a certain sense of "what the hell are you thinking?" There was never going to be a situation in the DR (or any other country of that sort) where you are going to need $1000 and 12 credit cards with you in order to accomplish going out for dinner and drinks, no matter where you are going. If he were to lose all the cash I'm sure that would be a real bummer for him, but since ALL of his cards were also in the same wallet, he would be in a real pickle if they were all to disappear at once.

Tip number 3: Wear one of those neck wallets

Pickpocketing is an art and I have known a few people that have fallen victim to this but all of these people were "old school" and carried their wallets in their back pockets and sorry to say this about the world but we can no longer do that in any country. getting a wallet out of someone's front pocket without them noticing is damn near impossible but if your cash is strapped around your neck and under your shirt there is virtually no chance that anyone is going to gain access to it without you noticing. They also can't do a quick snatch and run unless you have a head that is smaller than your neck.

It has been my experience in 2 decades of travel that thieves are not interested in a confrontation regardless of your size, they want a quick grab and run away. With one of these things it is almost impossible for them to do this and they will move on to another mark. I have never known anyone that has lost money from one of these things and some of the newer ones even have tracking chips in them so you can track it down with your phone.... well, that is of course unless you have your phone in it as well :P

With just a tiny bit of research you can find out what part of any city is a place you should not go to. This is true in any city or country and is not specific to just developing countries. With just a little bit of research you can easily identify these areas and avoid them. Also, your hotel or hostel staff probably know what the no-go areas are and for me, the hostel staffers are always more than willing to help you out with this information and if you need transport they can hire trusted taxi operators that are tied to the hostel in some way.

If you find yourself in a dangerous part of town, well, you are the person that walked / took a taxi there, and you kind of have yourself to blame.

Overall tip: Don't be a jackass

This one kind of encompasses all of the above and is likely the easiest way to avoid being robbed anywhere in the world. If you set yourself up to be a victim, like the first person that I talked about in this entry, you are kind of asking for it. I always try to imagine a worst case scenario every time I leave my hostel and also think about how much money do I realistically need to bring with me. If you find some item that you want to buy you can always go back to that place later after stocking back up from the hotel / hostel safe.

I have heard of very few people ever being robbed while backpacking and when those people are being honest they will admit that it is their fault for being an idiot... at least partially.

International travel is a mind-broadening experience the likes of which I don't think can be replicated by "safe" travel and most of the world's population really misses out on this part of life because they are overly worried. But at the end of the day the only thing you need to do is exercise a little bit of caution and think sensibly and everything will be just fine.