The Last of Us Part II - Depression Quest 2.0 (Game Review) 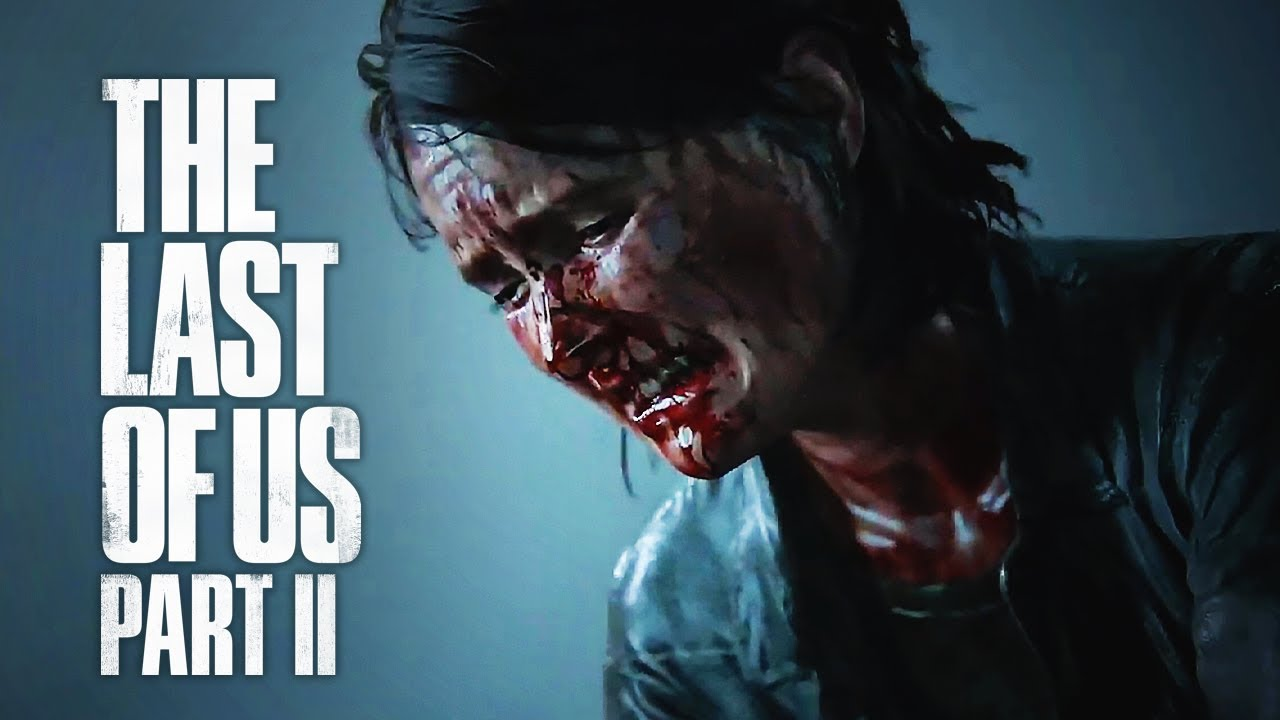 
The first time I saw TLOU2's trailer back in 2016, I've thought to myself "wait, didn't the original wrap its story up nicely?". Because there was never any inclination that this game needed a sequel. It ended perfectly. Thus, we now reach a reach an issue where the new sequel finally ruins what the original has done, by undermining most of its characters, adding excess of violence without any proper reciprocation to its themes and messages.

While there were moments of climactic sequences as it would on a Naughty Dog game, because of the confusingly told story forced with shock value, I was left unfazed by what happened to any of these characters.

The gameplay is mostly similar to the original with weapon modding, upgrades for increased health, better aim focus, new abilities and get this, you can enhance your supersonic hearing. Yet to some degree, not as good as how the original did. I want to completely elaborate to my best as to why this game isn't the sequel that all we all wanted or needed. 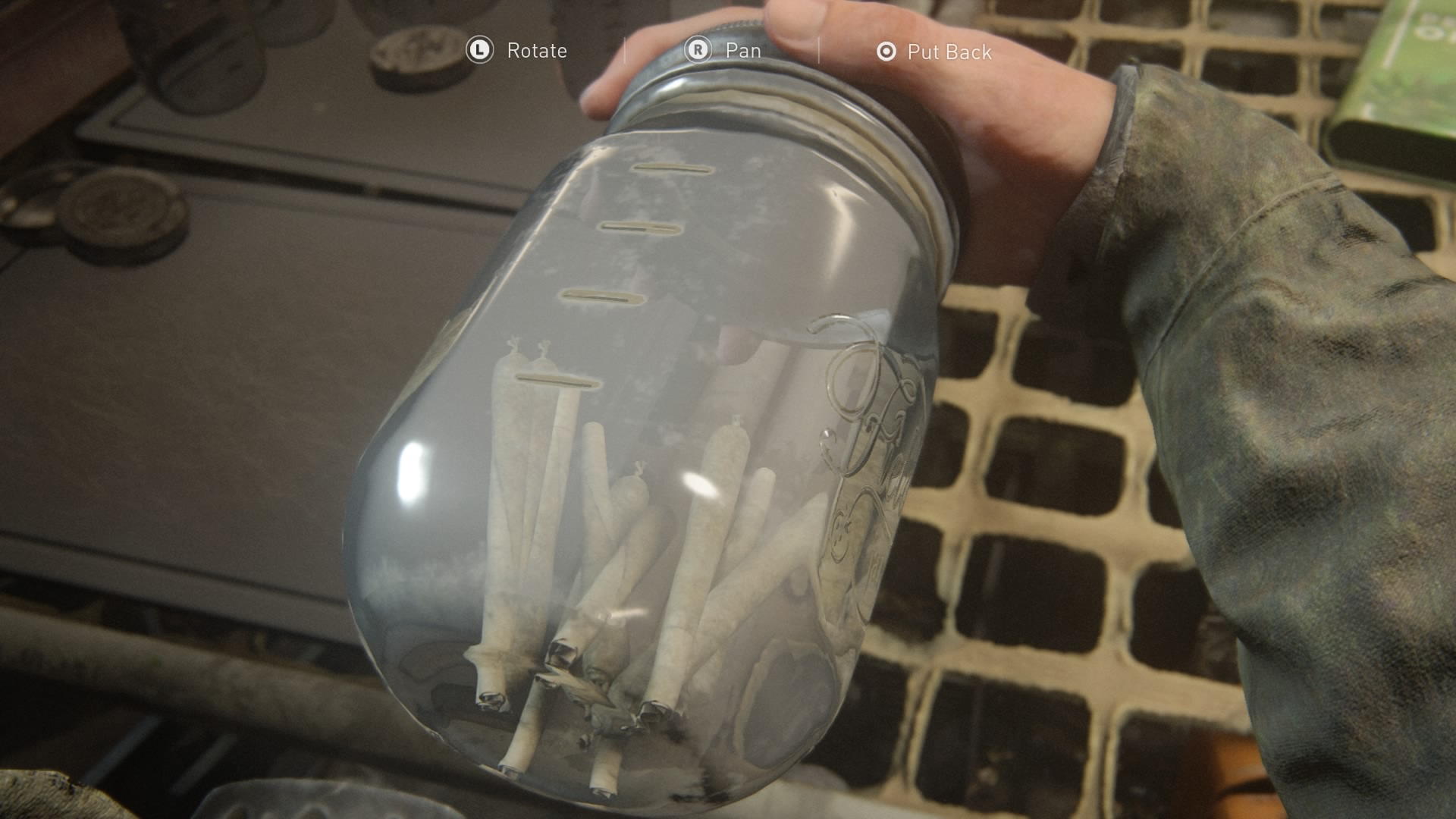 The Last of Us Pt.II starts 5 years after the last game, Joel and Ellie along with Tommy and his wife finally settled in Jackson, Wyoming. Living their lives in happy coexistence till fate decides to somewhat rear its literal ugly head.

If you've read the early leaks of the story, yeah most of it is true. This choice in creating a turbulent story choice led to the biggest blunders I've ever seen in video game storytelling. Never have I been this disappointed. Everything from the theme of violence, death, loss of humanity is just shot up, blowing past the ceiling till dust just settles on the sky and that's how the narrative experience was.

I don't like most of the characters, I don't like the decisions they make, I don't like what Ellie keeps doing. She goes to become a complete killing machine without any form of empathy towards her victims, killing them in such brutal fashion even though the game tries not even so subtextually to tell you how bad it is, even though this game borrows heavily from Walking Dead TV shows. It's like crapshoots of season 6 and 8.

What's even worse, is that they decide to let you play the controversial character herself, of whom even after playing am still not convinced about her motives and how hollow they are. In fact, both character motivations for me have dissociated me from the story. While all the carnage of death and mayhem happens around them, they get to act like people of goodwill while still participating in such acts. It fails to explore the multiple facets of each character's moral around a cruel, debilitating world around them just like what the previous game have done.

No amount of good voice acting is even going to save this, the dialogues are also bad half the time.

If you want to play this just for the story, I would recommend not to. Because this is as poor of a choice as making Rambo or making a game like Ride to Hell: Retribution. It shouldn't have existed, the first game ended perfectly.

There's nothing entirely different about this sequel, the movement is nearly the same albeit less nimble, gunplay is the same with shakier hands. In order for your character to improve, you have to scavenge for drugs and use them to enhance and unlock new items for craft. Same as the last game. Just fashioned up differently. Only big difference is they've added more to unlock, more throwables and weapons crafting. Just in bigger margin than the last game but that's about it.

Speaking of that, there aren't even major improvements. The movement is a little stiff, thanks entirely to this current gen implementation of mocap that's suppose to add weight but also added hindrance to the gameplay. Then there's the dodge button, it's useless mostly in gunfights so you have to take cover before shoot or hide in plain sight just to catch them off guard. Taking them as hostage or stealth killing. There's just more added violence. 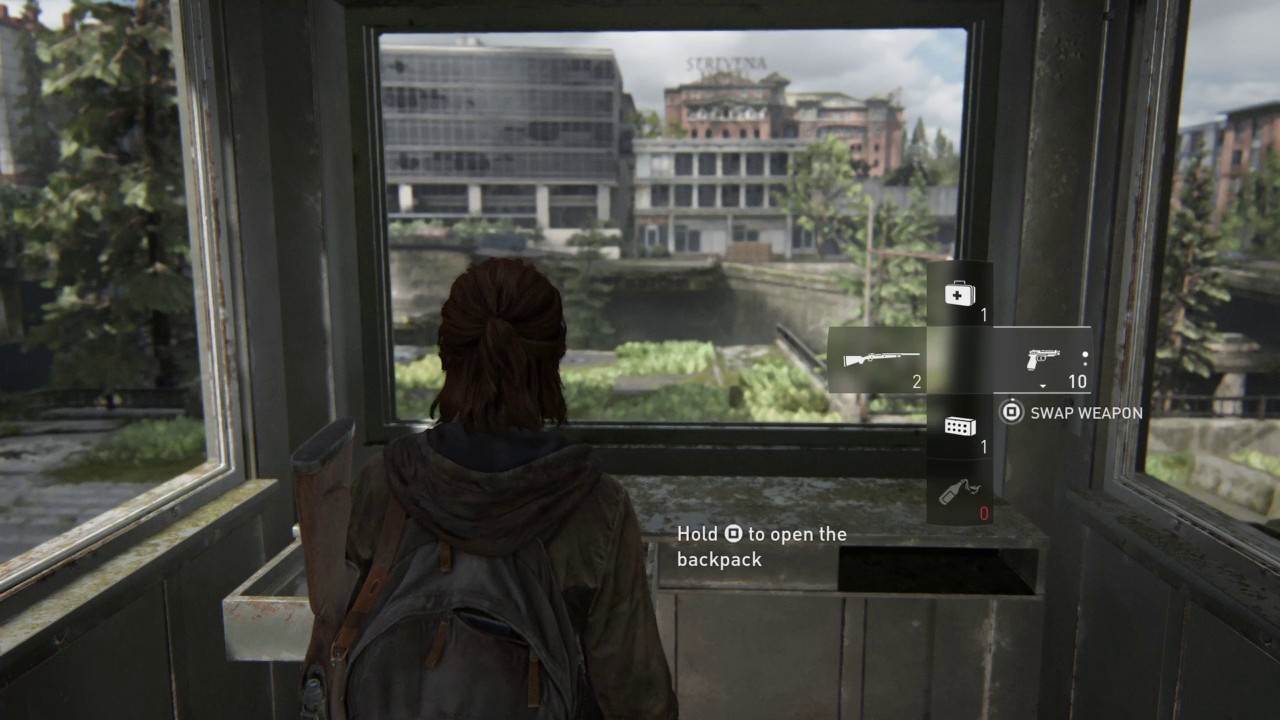 Mastering these can get easy, stealth killing enemies is just easier thanks to again the same brain dead A.I from the last game. Even if they act, talk, move like believable human beings from the uncanny valley realm, they sure lack the intelligence of one. Hence, playing through every bit of this felt formulaic. At least you can prone and hide in grass this time.

Naughty Dog eventually ramps the action by adding more enemies to kill, but as you keep playing and playing, you start realizing everything in this game is formulaic and has you following the same routing patterns over and over. Even if their presentation is great. At least you're given more options to do so. 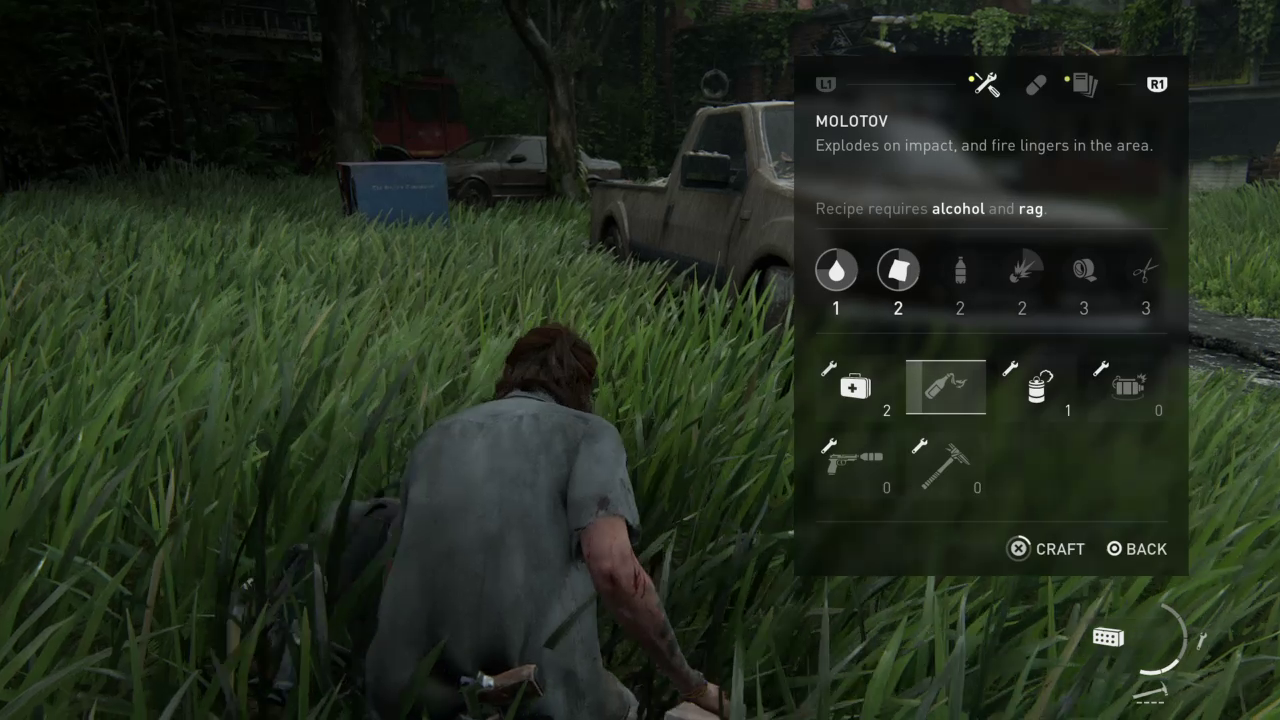 Sure, it's far more intense but the story hasn't added good incentive to continue playing, why should the gameplay? Here's the routine. You enter level, you scavenge for drugs, parts for upgrading your weapons, resources for crafting bombs, medkits, shivs whatsoever. You look for enemies in the next area, kill them, look around for stuff. Reach the main mission objective. Then repeat ad nauseam.

You know what even gets funnier? You have to play as Abby in the later chapter, guess how bad that gets? While Abby is more strength based than Ellie's agility, there's still little variation as they both have nearly identical ability upgrades and crafting unlocks. She's also the character I didn't like playing because of her choices in the plot that irritated me. Further more as time went on.

There were even times when I was trying to break a window to jump over, I instead hit an enemy. That's how clumsy the mechanics can also get, which removes it from being fluent. While I seem to have loads to complain about, I could say I had tons of fun. There were times I could even use the clickers and runners against the enemy human units. But when it came to the types of infected I usually fought against, they were all the same. Kill animation is also the same, dear god. There's not much to differ in this game.

While it has its moments of chaos and pure bloodshed, playing this game felt not much different and not only that, but with some of the issues I had with the prior game had only been a bit exacerbated here dampens the experience. Come to think of it, I rather actually play the original than this. Even if its enjoyable at the 20+ hour mark, it doesn't hold much of a candle. 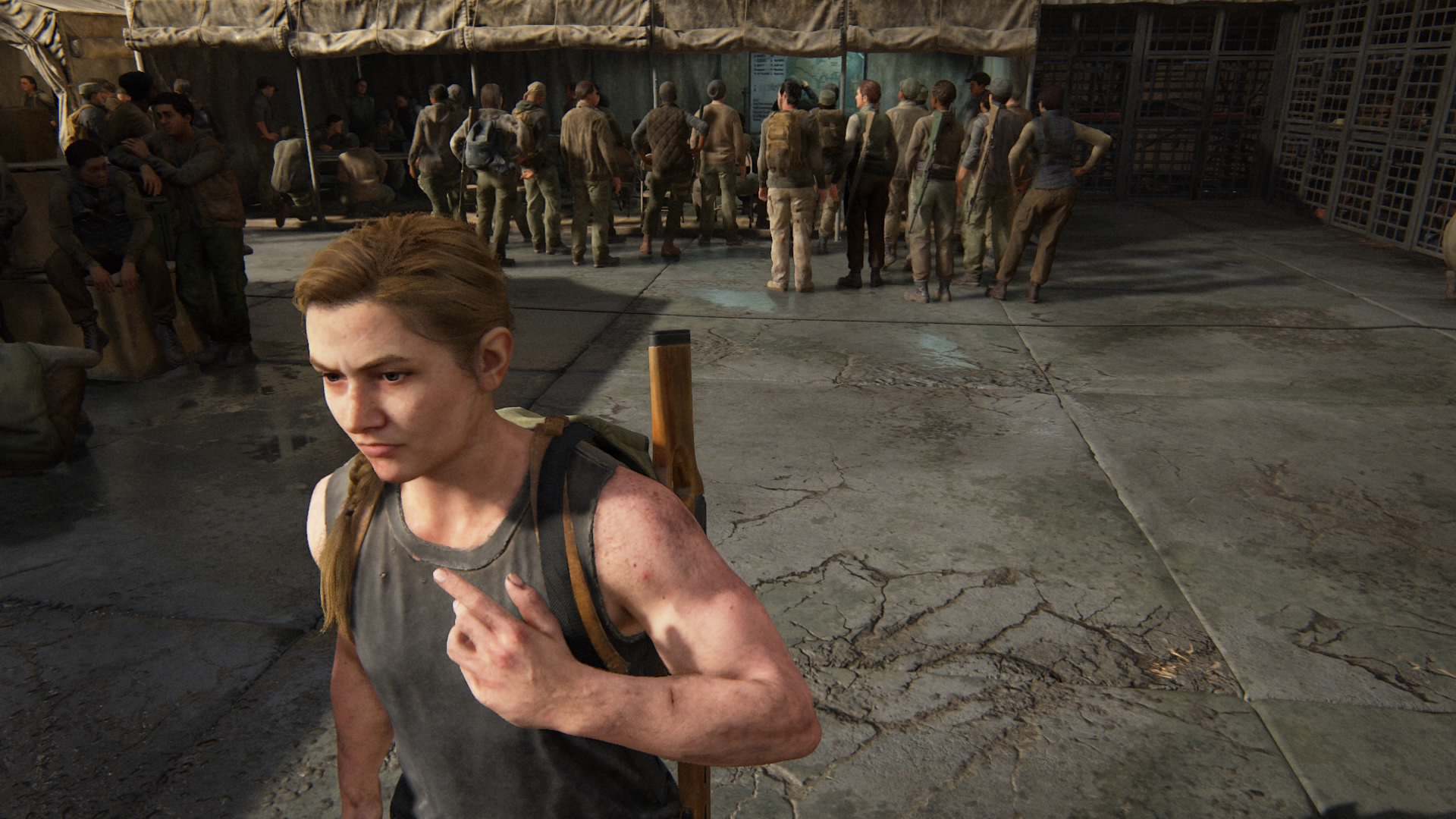 The one saving grace of TLOU2 is the visuals and animation. This is top quality stuff, things that even Hollywood doesn't normally achieve yet Naughty Dog has pushed a benchmark pretty high. Though they've done with Uncharted 4 before, they went a little further. Cementing that the PS4 is still a great system. What a way to end the generation by releasing a not so good game with spectacular visuals on-par with the Naughty Dog name. Seattle looks gorgeous even if downtrodden and decadent.

The sound design is excellent, everytime you step on glass you could hear even the smallest differences in the crackles. The ruffling of leaves, the storm inside and out. Succinct echoes of gunshots. It is a fully realized world. I don't have much to say about the soundtrack though, there wasn't much to listen to here.

If you've played Uncharted 4, it's very familiar to Naughty Dog's core strengths. Except more bloods and guts. Pretty much.

Should you play this game? Well that depends, if you've never played the original The Last of Us, go play that and don't play this. If you're curious enough to play, by all means.

I honestly have no regard for the whole "it's very mixed in-between people". The people who like character assassinations and bad writing will obviously fall for this. It's just wrong for a game of this caliber to do such things and Naughty Dog did just that.

I hope I never have to play such a game again. But to be fair, this is an enjoyable game notwithstanding. Just not far off. The older gameplay mechanics show their age, it isn't much impressive compared to today's titles. Even if the visuals are its saving grace. Naughty Dog needs to catch up. Once Cyberpunk 2077 drops by, this will be forgotten for like real soon.