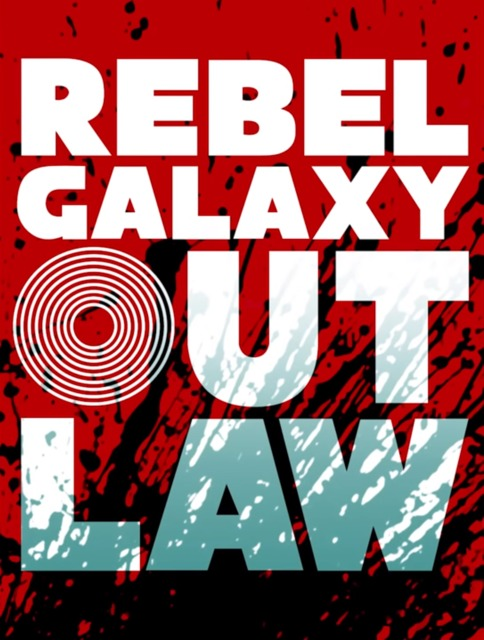 16 years ago, I stumbled upon a game that somehow changed my life. It was called Freelancer. I loved every hour I played out of the game and was saddened by the length but it was considered appropriate at the time it was out. Unfortunately, Chris Roberts wasn't much involved besides being a creative consultant. No, he moved to another project that people now know infamously as Star Citizen.

Space simulators are a rare breed to me, I rarely played one after the aforementioned. The most popular these days seem to be Elite: Dangerous, Everspace and Star Citizen. But does Rebel Galaxy Outlaw fit in with these titles? No, it doesn't and I think that's all it needs to do.

RGO is a single-player game that could be touted as Freelancer 2.0 in spirit. It's fun, open space leaves much to be explored, the southern theme and settings are great, and combat is hectic. There are even several novelty designs catering to the nostalgia of older 2D games. It has hours worth of content with various roles to play like being a miner, bounty hunter, merchant, enforcer, pirate and so on. It's also the prequel to the previous game, Rebel Galaxy from 2015.

While the console versions are on their way soon to be released, for now, I'll be checking out the PC version of the game. 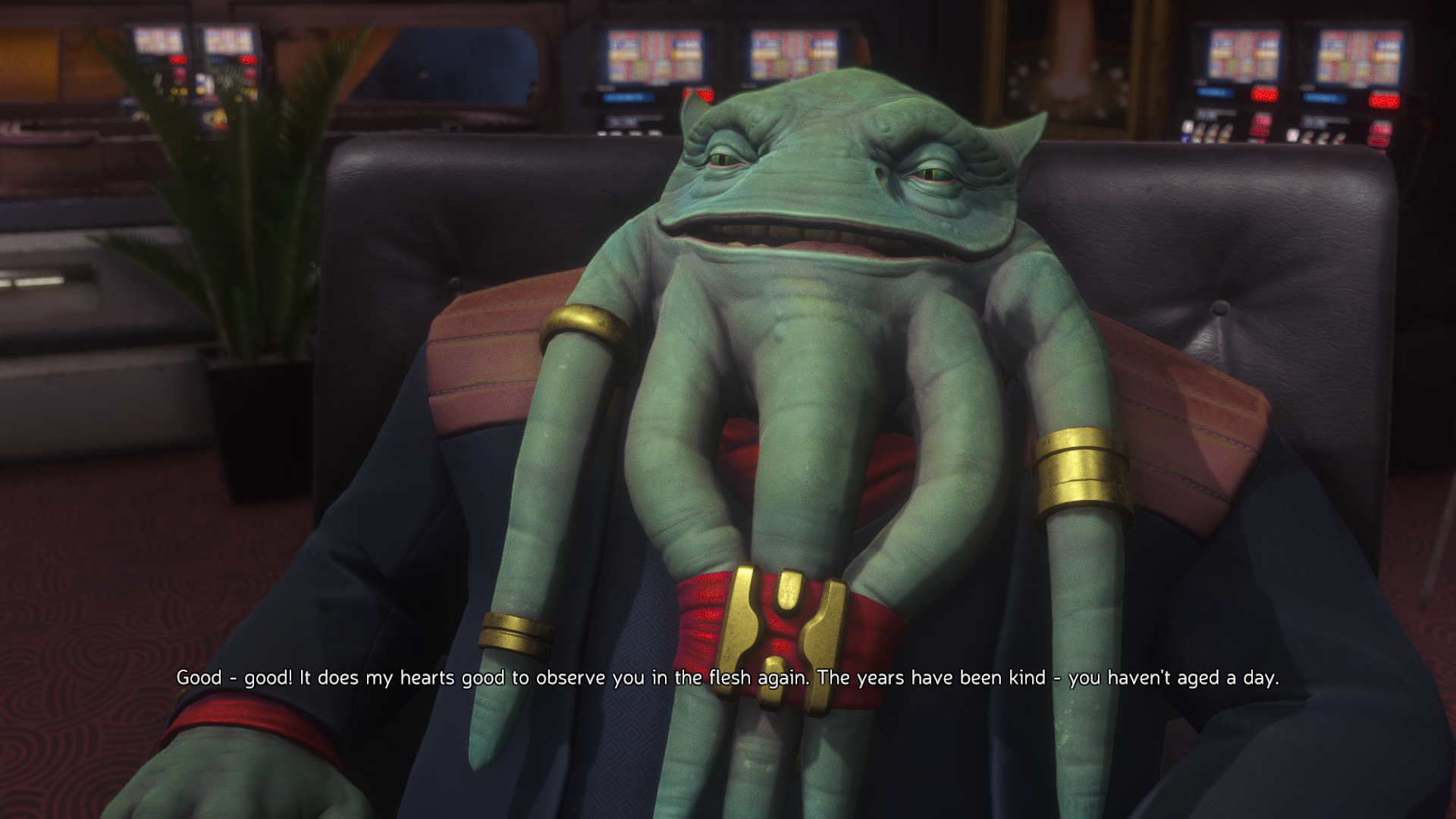 You play as Juno Markev, a former outlaw who settled down with her husband until he was killed in a simple shipping run. Your goal is to find the guy who killed him. A simple tale of revenge though right? Not quite.

While you trek through the reaches of every solar system and farm for credits to get the most out of your ships, the story follows alongside in a non-linear fashion. You'll meet new associates while joining in errands with old friends of yours. Drawing large inspirations from the smuggler ring in Star Wars, Cowboy Bebop or gritty atmosphere of Firefly. At some point in the story, you'll even make morally ethical decisions that will have affect across later playthroughs.

While it's not deep or gripping, there's a good balance of rich characters and well-written narrative. Well enough to keep you busy with your excursions. Juno might be the most basic personality when it comes to being gruff with full determination, the game's story, however, does a good job to accommodate with her motivations.

Though I somehow wish there was more side content that does more than enough to bestow lore about the galaxy, it's conflicts and such. I mean this game plays like a Space RPG but doesn't have much world-building that could have you invested in the fictional universe.

The dogfighting in RGO is smooth, thanks to tight controls and well-rounded interface for use. By default, I use KB/M but this game seems to fit perfectly with a controller(it's also HOTAS compatible). Locking onto enemies is easier in order to dish in damage onto them unless you play in old-school difficulty. Some of the fights will be very difficult as you're getting pummelled by more than one ship, but that gets easier thanks to your buddy helping you out once you've called them for help. Though they are only available for a limited time.

After your shield goes down, you have the option of diverting your power to instantly regenerate your shield back though that will consume your energy which is required for using afterburners or weapons, it's renewable but how much at the rate it's consumed depends on your ships power reactor. You can even divert energy for three categories: Engine, Shield and Weapon. Default is balanced but depending on your situation, increasing one will decrease the other but becomes essential for either running from your enemies or adding extra damage to your arsenal. You can toggle which turret to solely use or use them all together. You can even change your launcher from either missile or emp or so on.

In order to damage the ships, you have to break their shields which will regenerate after a certain period, this maintains an existing parity between you and your enemies. There are going to be challenging enemies, not to mention you have to also battle frigates which you won't be able to destroy until you buy most of the powerful equipment for your ship. 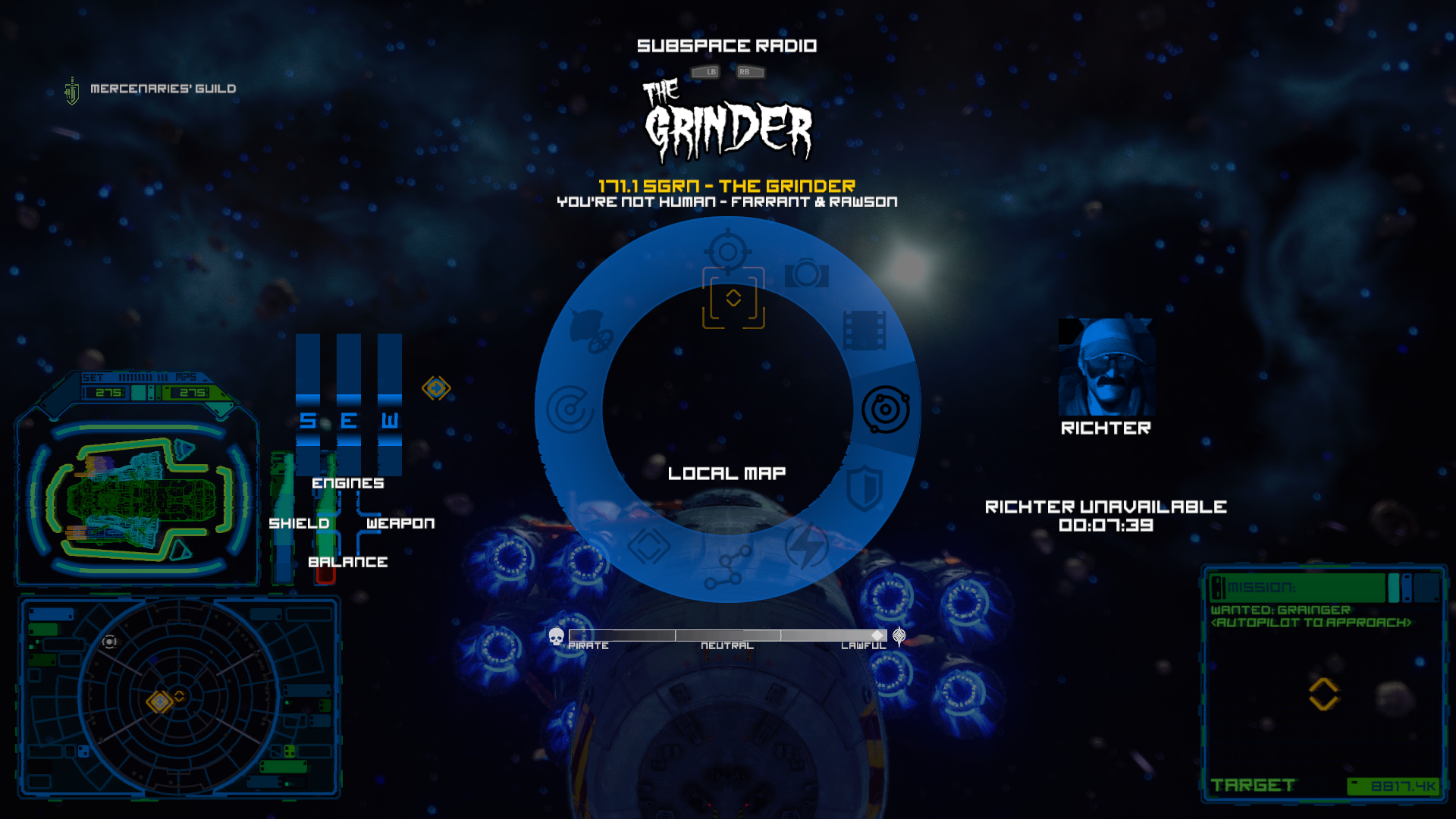 Their term for hyperdrive is sublight, all that's required is to aim your ship to a designated location whether that is your quest goal or waypoint you've set up. Either that or you go autopilot and just skip the time it takes to get there. Usually I've used the latter since that's easier. 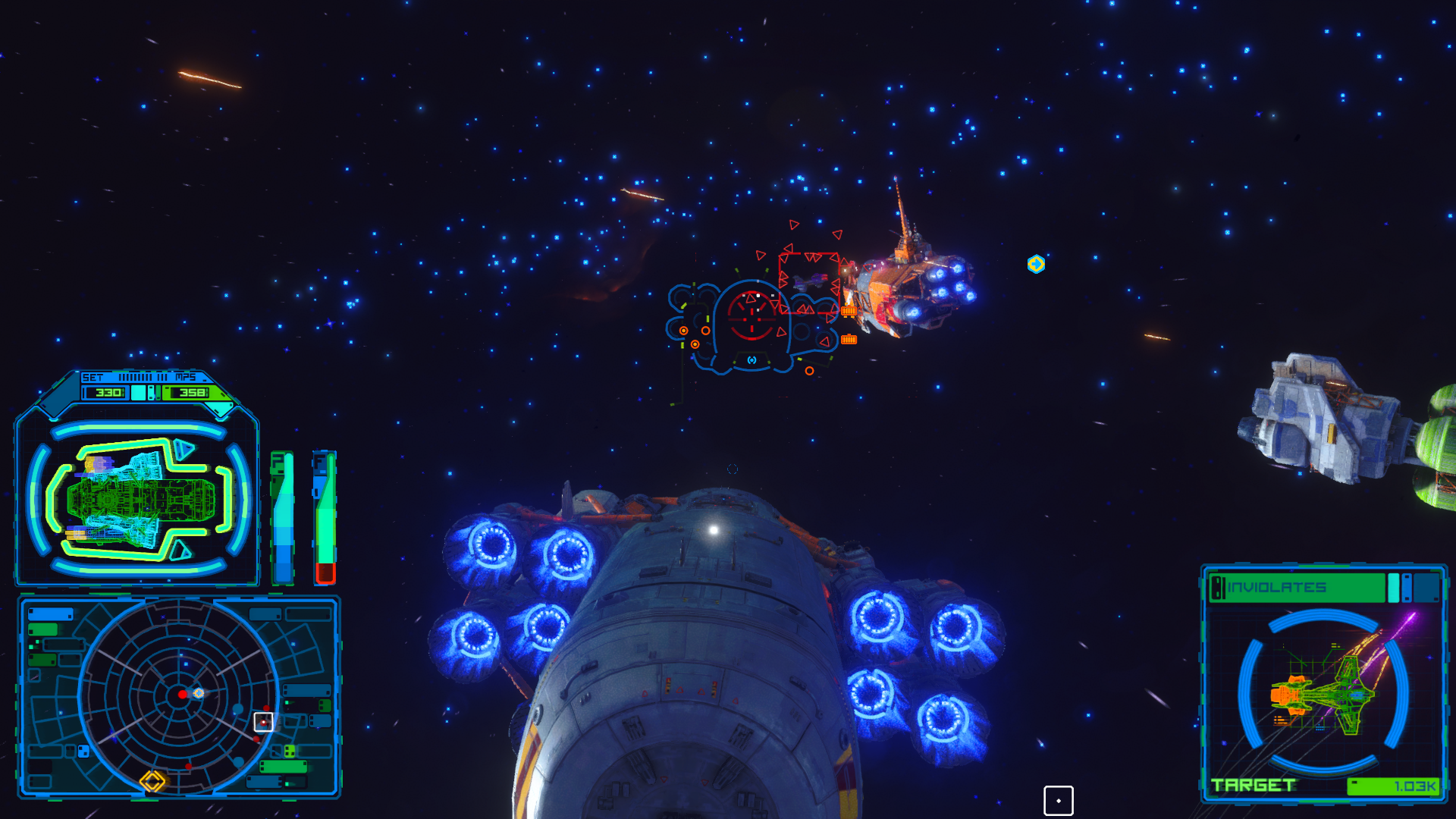 The game will make it difficult to differentiate friend or foe as your sensor doesn't have color indicators. That changes once you buy the components for it later, which well kind of costs a hefty amount. But I felt that wasn't a necessity as your monitor on the left tells you which ship model and faction is identified. 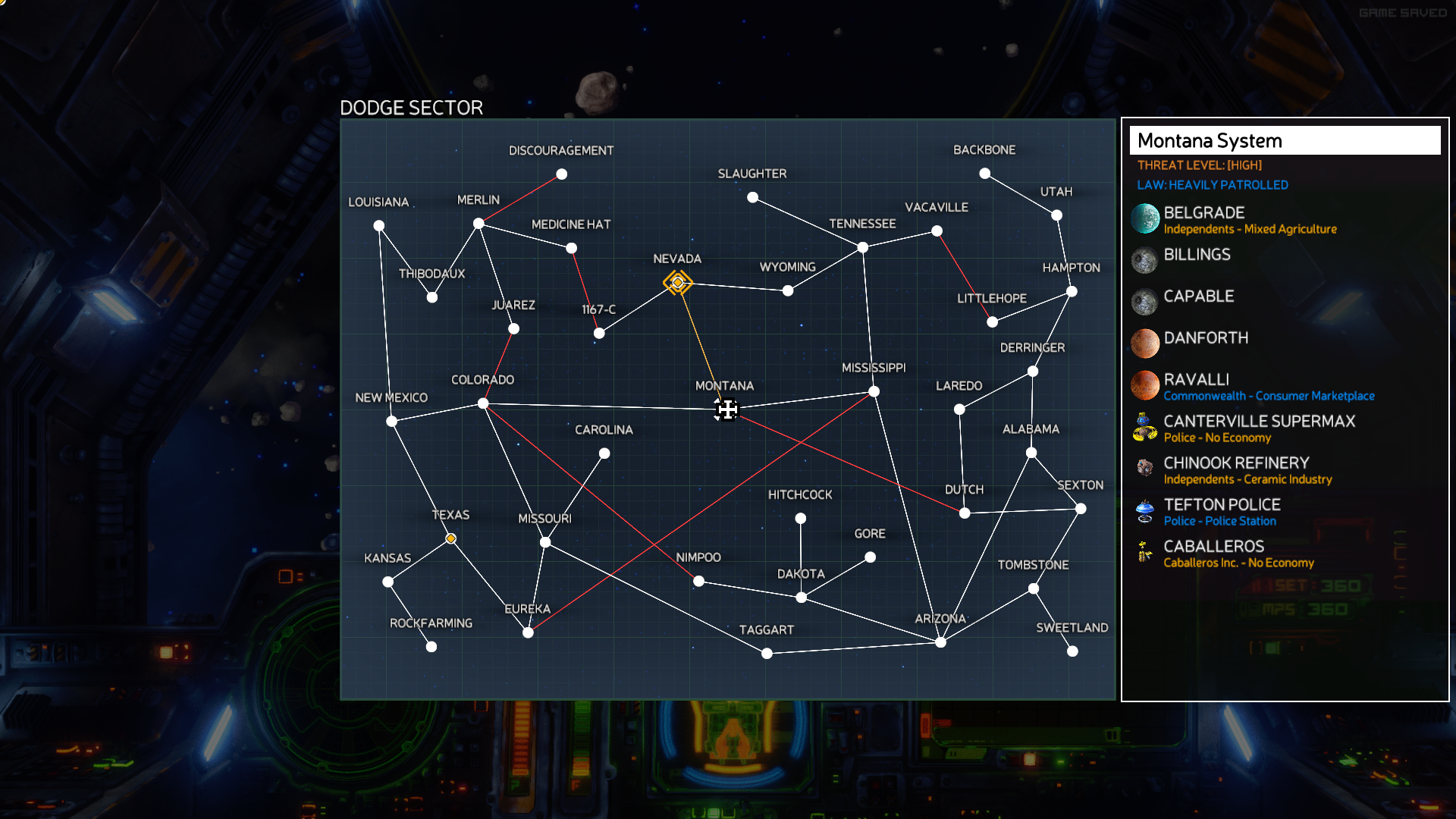 In the Dodge Sector, you travel to each solar system for lot of things. To start off, you combat against pirates, religious fanatics and god forbid, rogue A.Is. While their fighting style is the same, some of those factions have ships that are discriminated via power. While also collecting cargo and selling them as trade goods. 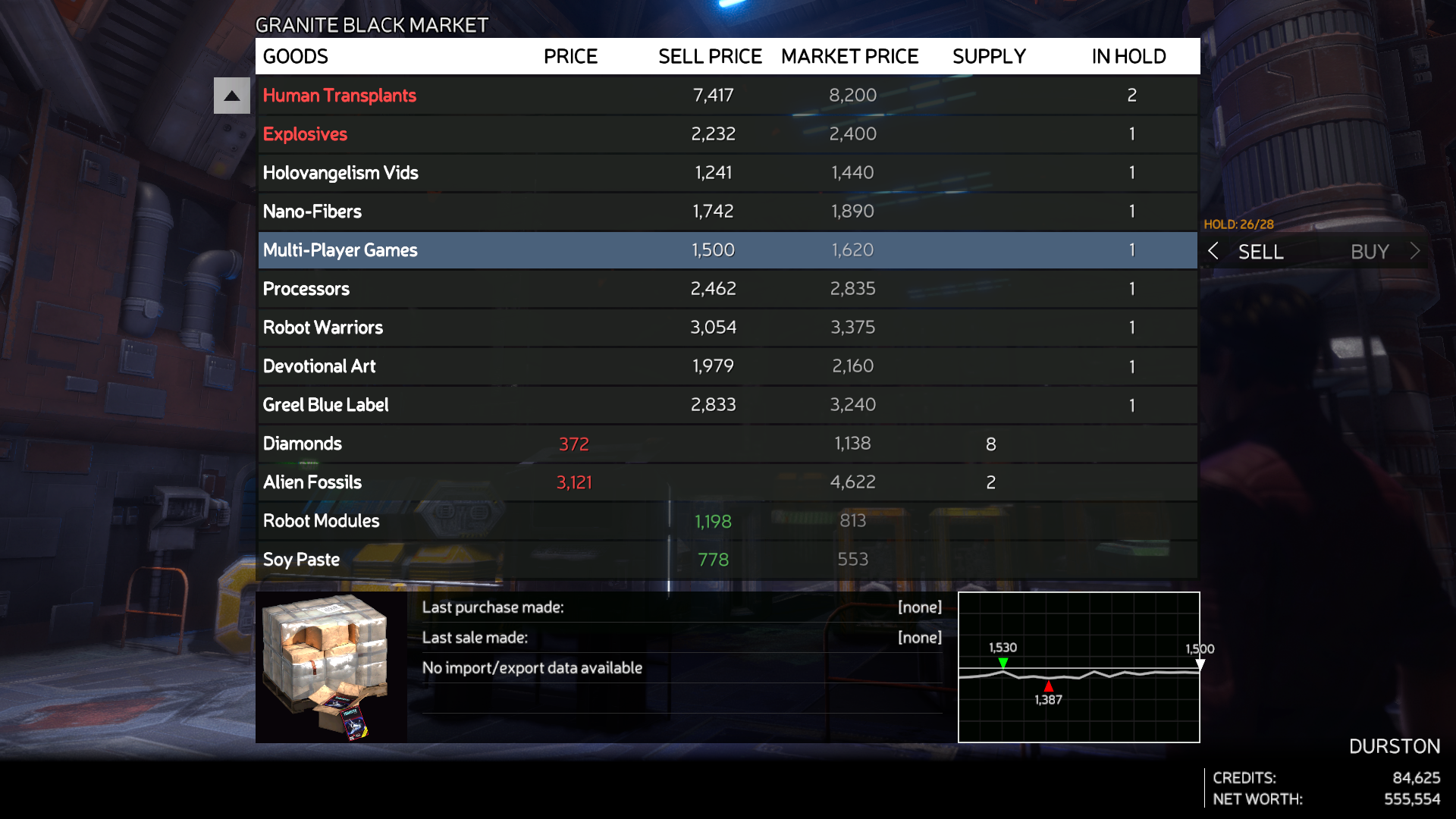 There's an economy here while not as robust as other sim games would come to offer. Different stations from different systems have prizes that vary depending on demands. So you would do best to keep some of the cargo for the near future before selling to the highest bidder. Though not all cargo is permissive by the police force, they will scan your ship for contraband and if found out, they will chase you around until your wanted meter is down. Though it's much easier to escape them thanks to just increasing my engine level to the highest degree before autopiloting my way out to a nearby space station.

To earn money, you take up missions like assisting transports from pirate invasions, do patrols, bounty kills, delivering cargo, etc. There are two guilds: Mercenary and Merchant that will give you pay off more sums but are riskier jobs which mostly requires that you be in combat. You can even visit quadrants and look for debris zone before going there to scan for resources and mine them. Again, provided you have the right equipment for doing so. 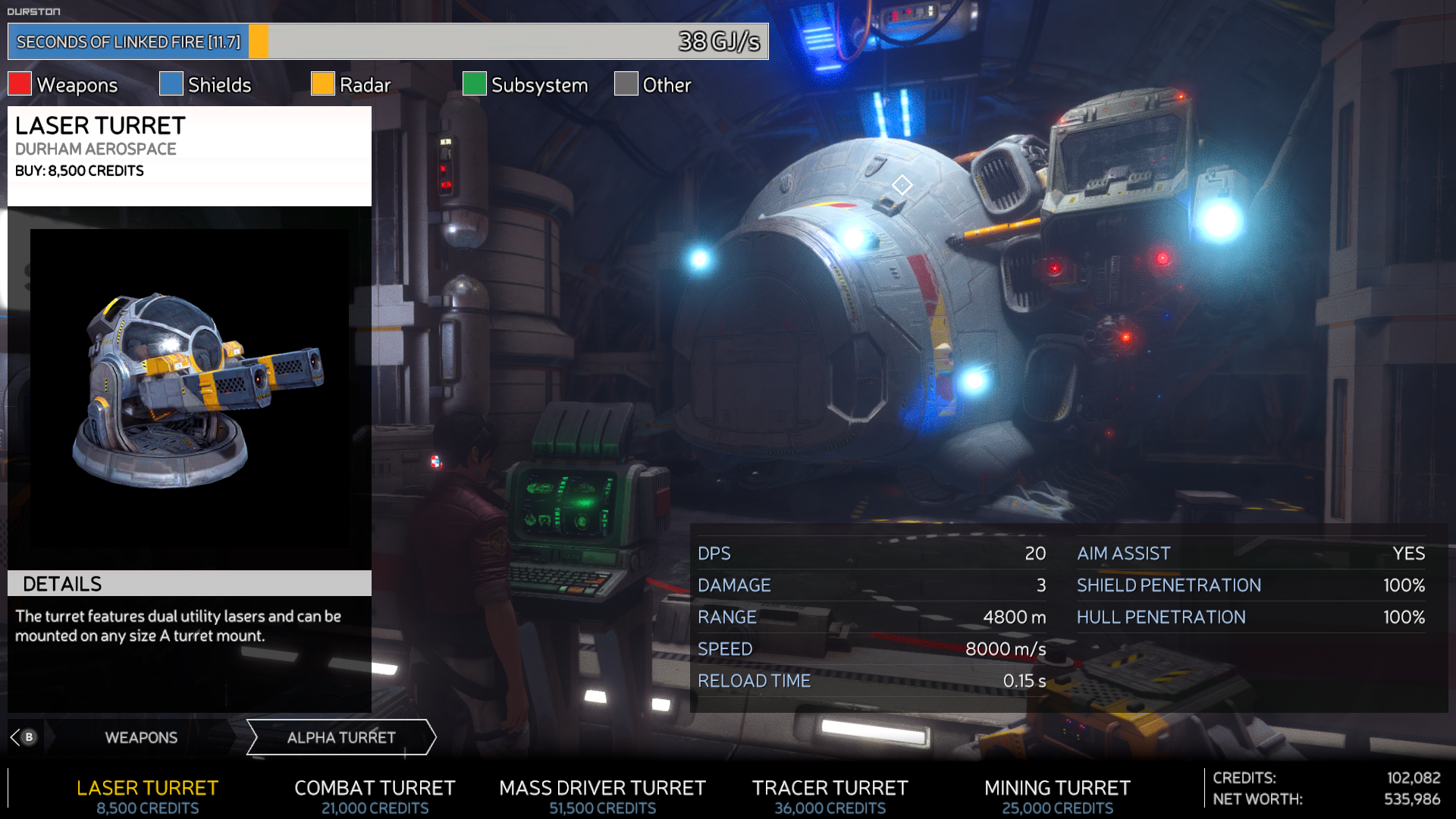 Most of the time, you're just engulfed doing so many activities before you get to your main story missions. Though what sucks for me is there are only 5 ships to choose from and there are 4 more hidden which requires you visiting certain systems and do errand jobs to unlock em. Did I forget to mention that you can actually fight against anybody you want? Even the police, I mean there's even an alignment meter that shows whether you're with the law or against it. Leaning towards the pirates, actually, gets you access to their stations from which you can buy all the Contraband you want. I mean the setting itself is like a western in space which makes it all more alluring.

All of this can get a bit repetitive passed the 25hr mark, but it does an amazing job of getting you enthralled into being a space junkie while you're busy earning to make your ship formidable. 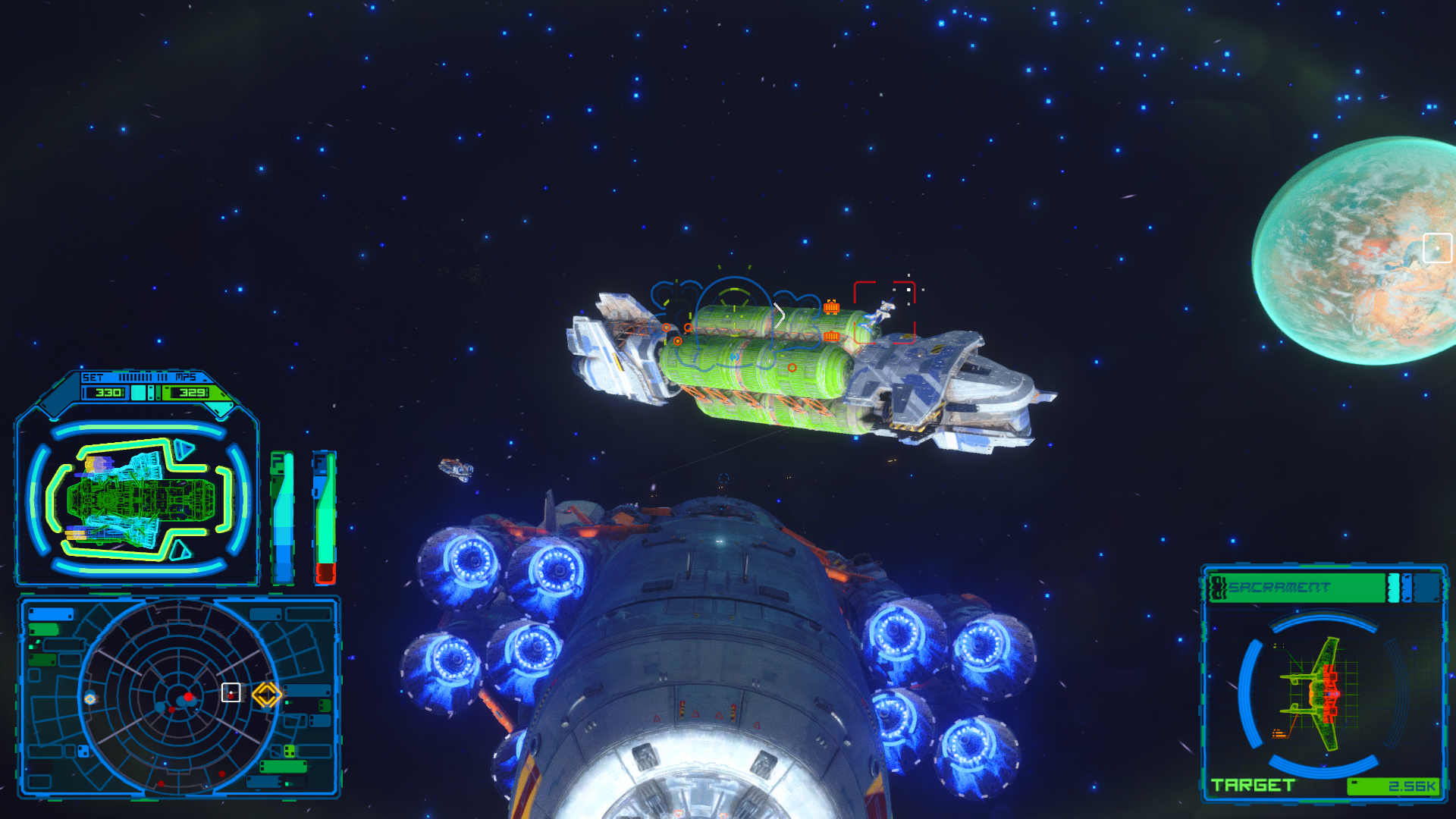 First thing you see when you get out with your ship in space, the graphics look very vibrant. Like there's so much color palette while having this retro design. You could say the look and feel is based on classical games while having so much attention to detail. There's a lot of chromatic aberrations going on, seemingly a design chosen to match the tone. Everytime a ship blows up, you see outdated 2D sprites of debris coming from it. While these novelties won't appeal to hardcore space sim enthusiasts, they bring nice charm to the overall appeal and again, the amount of details this game has is really astounding.

The problem with the PC version is, once you start the game, you don't ever get the option of chasing the visual settings. That can only be done with the launcher which is pretty infuriating. Though bugs and visuals are rarely encountered throughout the experience so it achieves a level of technical proficiency.

But I just love the high-fidelity look with the classical design while evoking this insurgency feeling in space. Then again, if you're an astronomer, you'll have a few nitpicks.

While the game maintains the classical look and feel, it does the same with the sound while being emitted in higher definition. Though blasting ships to smithereens is enjoyable, the audio also drags itself to mundanity as each encounter you hear the same thing over and over. It comes to a point where you recognize as being a little hollow as there's some lack of depth everytime you launch a missile or dock your ships inside stations and so on.

Same can be said for the pirates or police that are broadcasting their dialogues, they just say the same thing over and over. Still, the voice acting is here is done right. It helps to sell the rough, southern exterior of the game while establishing each of the personalities from your campaign.

As for the music, the devs have stated this has radio stations with 21hrs of songs playing. While I can't seem to find the soundtrack, YouTube already has a Playlist of the songs that play on the radio. Some of them are hard and edgy, kind of sets the mood for intense combat sessions even. But it can be said that some of the music choices seem a bit...interesting(in both connotations).

I can forgive the shortcomings because I honestly can't get enough of this game. Not only does it bring back the cravings I had for space exploration after Freelancer, but it also did something unique in of itself. 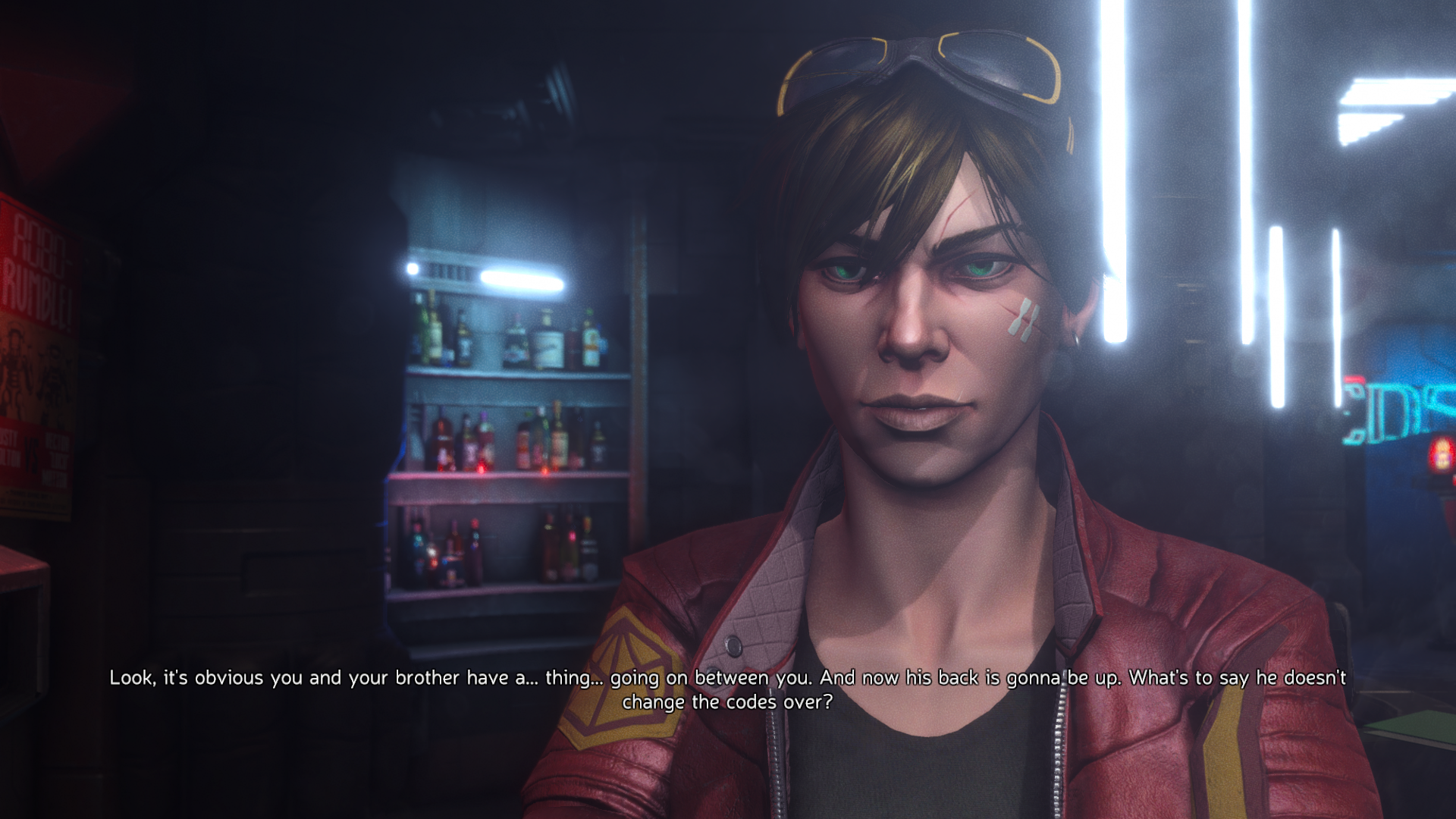 Rebel Galaxy Outlaw commands a broad term of space sim, one that isn't as expanded as other popular games but provides a warm experience that has you yearning for more once you've finished your quest.

In fact, anyone below the age of puberty should try this game. At least be a welcomed distraction from Fortnite plus it costs 30 USD. For me the score is a pretty strong...

Hey, if you're reading this, I want to let you know that I've put my heart into writing this review because I love games as much as I loved playing this one. But would appreciate if you guys could vote for my content so that I may continue on reviewing upcoming titles releasing soon. Could provide the financial leverage to do so.

I have always said that video games are special for people, but for me they are simple games haha ​​(how insensitive I am), although I will not lie that I like to see what I review, so I grow up :D

Amazing review, @trave160 :) I like how thorough your article was, covering a lot of the game's story and gameplay and giving us a real solid taste of how you had enjoyed it :)

Congrats for curie, as well :D