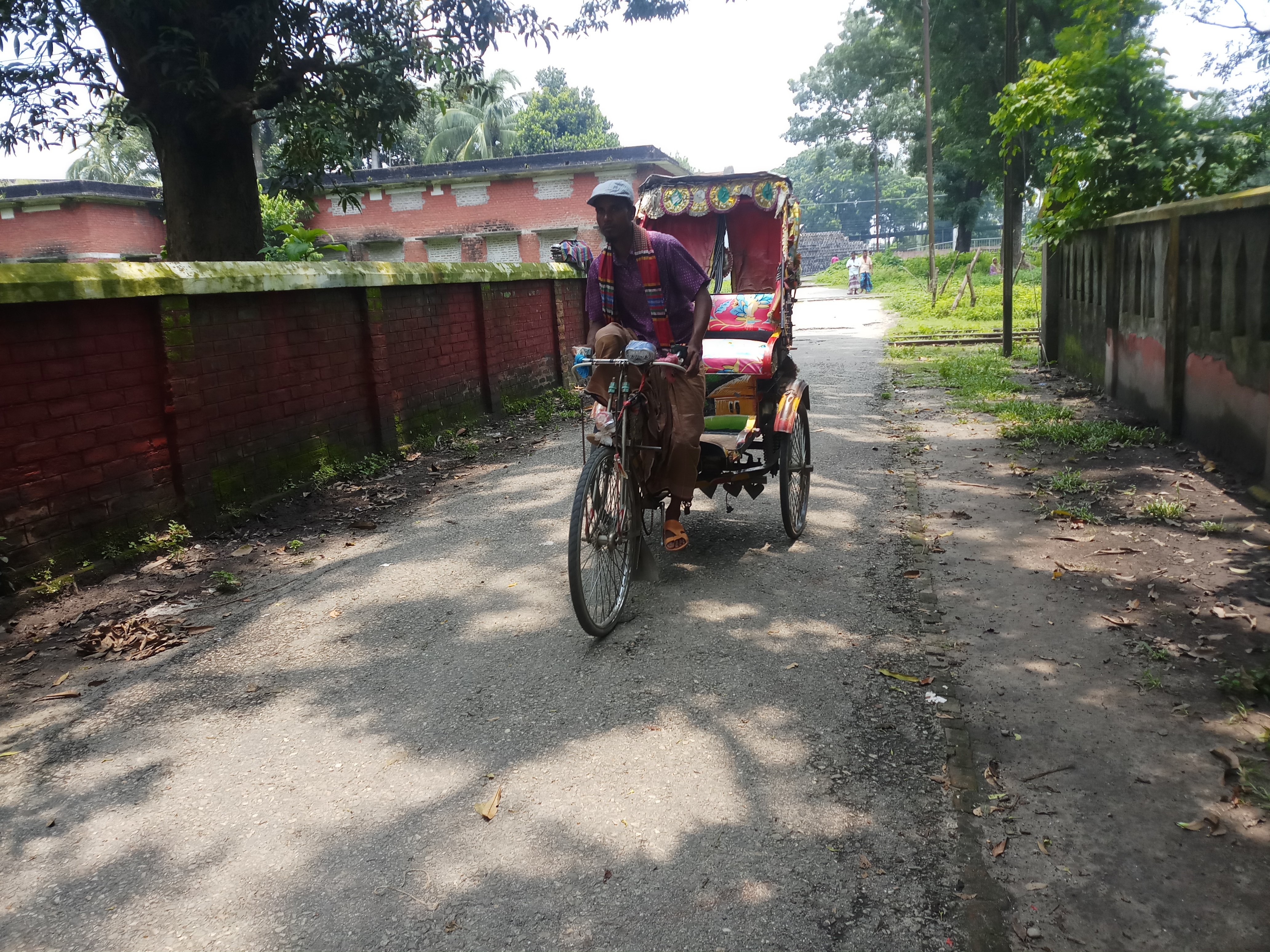 Rickshaw is a traditional vehicle in our country.

Rickshaw is a man-made man-made trickcraft. Rixa is an Asian conventional vehicle. Although there are differences in the structure and size of the country. Japanese rickshaws were not three-wheeled. They used to ride on two wheels. And a person would drag it like a pushpad. This type of rickshaw is called 'Hatetana rickshaw'. Generally 'rickshaw' is meant to be hand-drawn rickshaws.

Now it is time to change hands, rickshaw can not be seen anymore. Now the machine rickshaw is seen. It takes time to go from one place to another in rickshaw.