Attempts to Convince Governments of Bitcoin - How to Be? 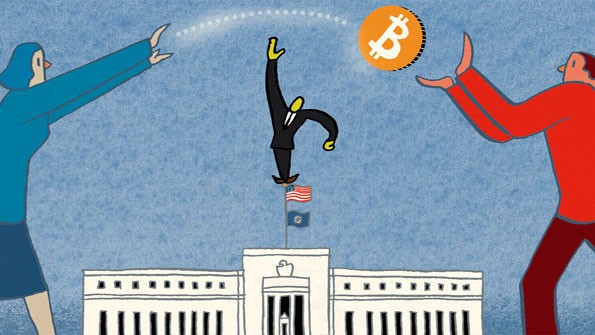 The move could represent a potentially lucrative opportunity for new groups in Washington championing cryptocurrencies, as some prominent pro-cryptocurrency lobbyists say they have increased membership numbers and raised millions of dollars to help improve the industry's image.

The recommendations made by 39 members of the Financial Action Task Force stipulated increased monitoring of many cryptocurrency transactions.

These recommendations follow a similar anti-money laundering proposal by the US Treasury Department, which is expected to be completed later this year. On the other hand, many cryptocurrency proponents oppose increased surveillance.

The proposals of the Treasury and the Financial Action Task Force came at a time when Bitcoin entered the current financial mainstream very quickly and rapidly, and the virtual currency was traded on Monday at about $ 59,000, more than double its level at the end of 2020, And more than eight times their level in April, and other cryptocurrencies such as "Ethereum" saw similar gains.

These higher prices have given ammunition to Bitcoin's emerging Washington lobbying groups, and in the past three months, these groups have used new regulatory pressure to raise millions of dollars in funding and persuade cryptocurrency companies to establish a presence in Washington.

Even as the world of finance embraces cryptocurrencies and raised their prices, this world has tried hard to undermine its reputation as a tool that allows thieves and drug traffickers to hide illegal transactions, so some advocates of cryptocurrencies say that liberating regulators from this perception represents the biggest challenge faced by virtual assets.

"We in this industry think it's a big problem," said Christine Smith, Blockchain Association CEO. She added that these laws would place heavy monitoring burdens on investors and operators of cryptocurrency networks, and make it difficult for some services to remain decentralized.

"They miss all of the goal of this innovation," Smith says, noting that since December, the Blockchain Association, a trading group for cryptocurrency companies, has added 10 members, bringing its total to 34 companies.

The association, which is less than three years old, has more than doubled the number of its employees to seven. Smith said that the association’s members, including the cryptocurrency exchange platforms Binance and Ripple Labs, discussed the possibility of making major contributions to the association to ramp up recruitment and buy ads to improve Bitcoin’s image.

R. Coin Center, a Washington-based think tank that is a cryptocurrency advocacy group, managed to raise more than $ 300,000 through a fundraising campaign, in which most of its participants were individual donors who contribute small amounts. Of cryptocurrencies. The center also received $ 2 million from the cryptocurrency investment company Grayscale Investments LLC, and $ 1 million from Twitter founder Jack Dorsey, whose other company, Square Inc, recently invested $ 30 million in Bitcoin. .

Currently, his group is saving money as a war fund in case it needs to fight a greater pressure battle or file a lawsuit over the new regulations, said Jerry Britto, CEO of Queen Center.

“Our job is to definitely say, 'There is a real danger here, and we all need to work together, but don't remove a good thing when trying to get rid of something bad,'” Britto adds.

It is reported that one of the first uses of "bitcoin" was due to it being the only currency accepted on the website for drugs and other illicit commodities known as the "Silk Road", which was closed by the FBI in 2013. More recently, "Bitcoin" was the payment method. A favorite of hackers who freeze computer data in so-called (ransomware) attacks.