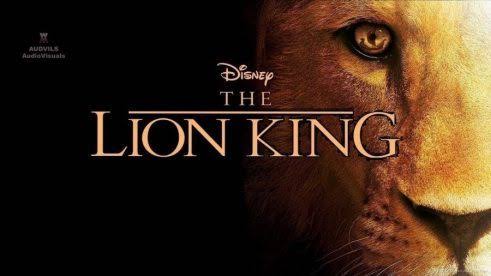 To cut the long story short, the motion picture is generally vivid & awesome film.
Albeit, it is, at exceptional, on the same level with the original animated film and, at worst (very barely), an apathetic mimic of it.

Whereas the CGI was lively and astounding, that really did the movie slightly of a detriment.
Due to the manner with which the film was animated, the film attempted to be lifelike, but just turned out to seeming like an animated attribute without the extravagant sense of animation

The scenes that did have overstated facial/body language were the best seeing in the film.

Example of bad scenes:
The commencing;
"I Just Can't Wait to be King"

Adding to that, the spirited and diverse colours of the 1994 picture (I.E. the cool green color schedule in "Be Prepared") were extinct in this film.
Whereas there was a little bit of rock with frame of mind lighting, the film incorporated only Green/brown, Brown/red, and blue/grey panels.

The film would have been awful if the voice actors did not save it.
Eichner as Timone,
Rogen as Puumba,

Oliver as Zazu
were all fluent, plus Glover and Beyonce had amazing theme tunes as Simba and Nala respectively.
Whoever said their singing was unemotional was dead wrong.

Wholesomely, the film wasn't atrocious, and had virtuous sceneries, but not worth watching over the paradigm.
I'm feeling sorry that Hollywood sees animated pictures as wanting a "action in rem" version to be authentic, but evidently the opinion is famous, with films like spiderverse shilling poorly.

Anyway, this has been one of those daily basis movie review articles you follow & upvote me for, you're always welcome

The Rosary: An Invention of Fools Fooling Other Fools. Comment what you understand of our Topic Post.
Check our Discord 😍🤗❤

I think I need to re-watch this epic masterpiece. Thanks for the reminder buddy! 😎😇

And am super humbled by your support in my works. Thanks a milli!