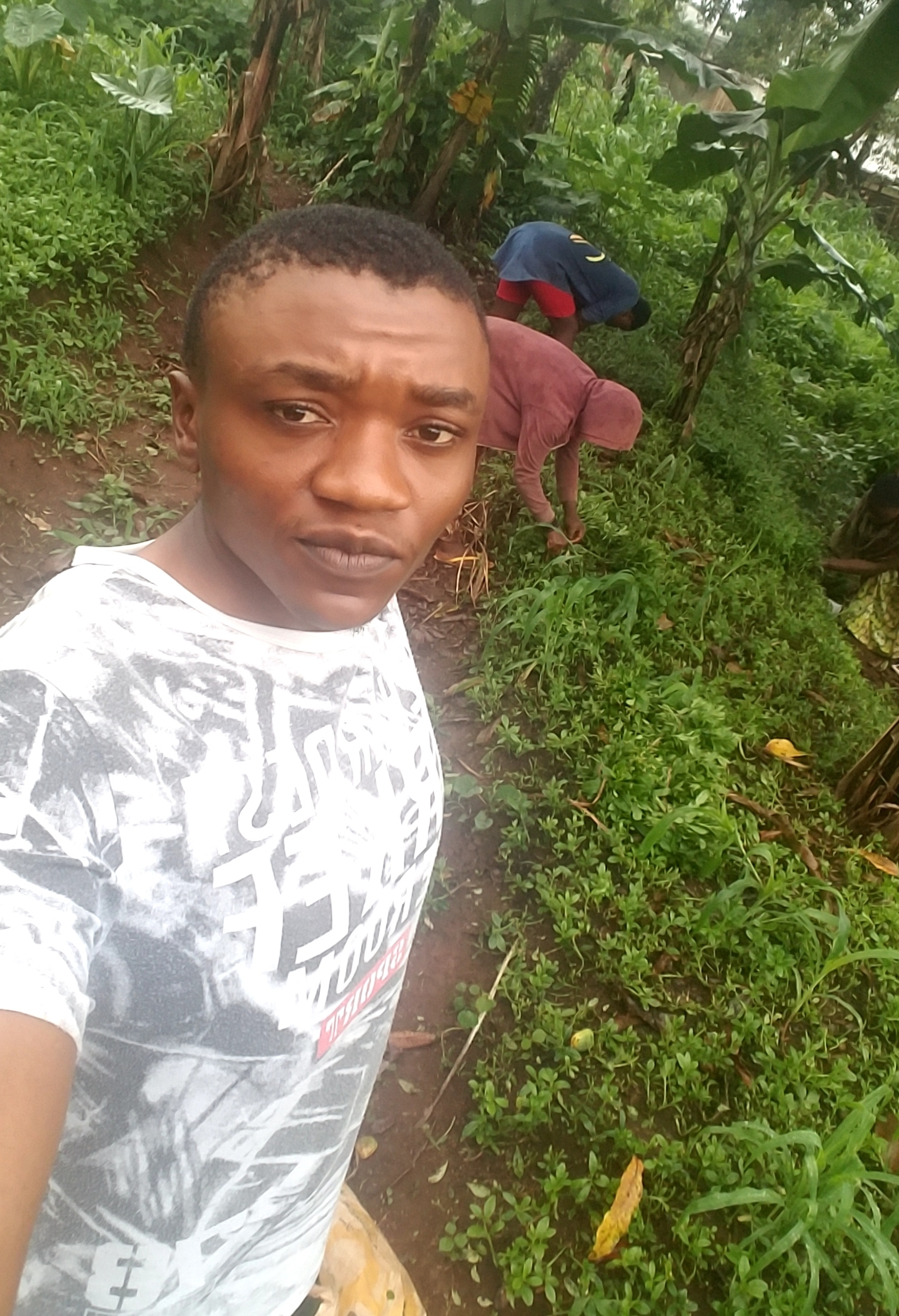 Good evening to my dear diary and to my fellow dairy contestants round the globe. Yet comes another fabulous day whereby I got to be sharing with you all my experience of the day.

To begin, upon the breaking of today, it was raining and while at that, there was so much of cold that I didn’t want to go down from the bed. At this though already awake, I stayed put on the bed until when the rain had falling and it was over. From here, the time was already 8a.m and on stepping down from the bed, I went outside and had to go the rest room and while immediately from there, I went back in to the room and sad on my phone browsing but while online and on going through my posts on steemit and noticing that @steemcurator01 had come and given me an upvote worth of smiling, I was so happy at it and as that had to really spice my day knowing that I’m actually doing something great on steemit.

Further, while from there, I went to my garden at the back of the house and had to begin harvesting a portion of it alongside with some people who came by and bought the water leaf to go and resale it.

Coming from there, I went in to the kitchen and met with mom who was actually bounding what we called ‘’ACHU’’. So while in the kitchen I assisted her to peal some of the cocoyam’s and while also helping her again in heating banana leafs on the fire which will be later on used in rapping the achu inside.

Also, to the rain which felt, there was really a lot of water that had entered and filled all of the water drums behind the house and because of this I really had to like gather all of my dirty cloths and take them out and wash. Although there was not much of sun as the weather was still very cold and the rain still threatening to fall, I washed the dresses and had them to dry only for a short time and while picking them back after and placing inside the bucket.

More to that, at about the hour of 3p.m when the achu that was being prepared by my mum in the kitchen was ready, I went and took mined, went in to the parlor with it, sad down and had it well digested.

In addition, for the fact that today was the normal traditional ghost town day and I had not much to do, after having my sufficient rest in the parlor, I went and took my bath, came and remain inside of my room taking some lessons on how to play a guitar.