Marmalade made of apples..and the obsession continues 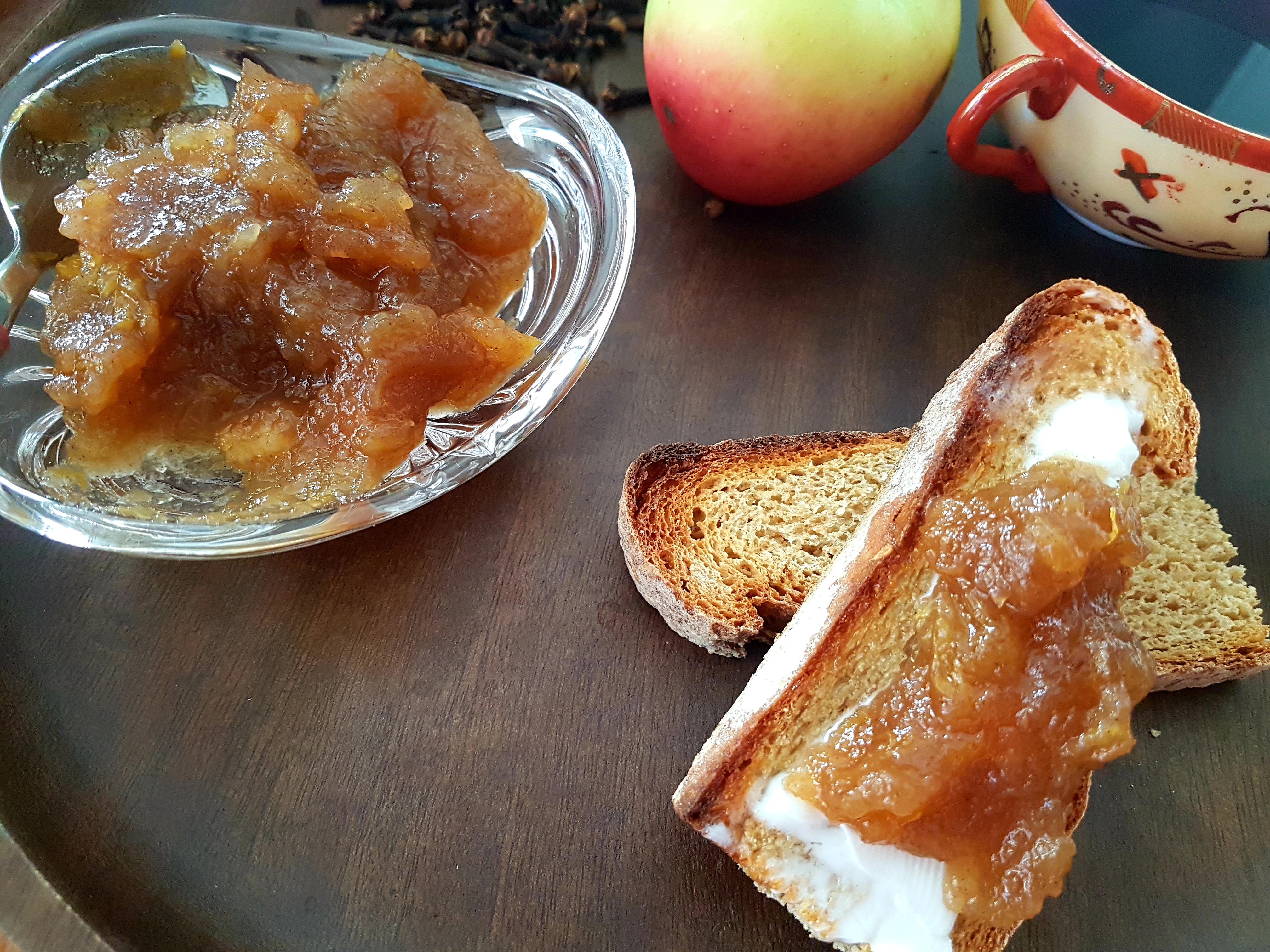 Well I have made a few trials and have concluded to the following observations: If you are using natural sweeteners like liquorice powder, you should be certain that the marmalade can survive outside the fridge…I learnt this the hard way! Also, as the apples have a kind of monotonous flavour it is advisable to use different kinds of apples and to spicy up the marmalade with a cheerful ingredient - orange in my case or ginger or whatever you imagine will be a great combination…

So truth be told, I made five jars of marmalade, using sterilised jars, which I then put in my cupboard…after a couple of weeks the marmalades started forming mould…Why? Because I didn’t use much sugar (instead of putting 5 cups of sugar, I put 3 and 2tbsp of liquorice powder), or store them in the fridge…Unfortunately, sugar acts like a preservative factor (the same as salt)….grrrrrrrrrrrrrrr! Luckily the damage was done only on the top of the marmalades and I threw it away, re-boiled it and used it! Such an agony…for a marmalade!

Ingredients: 8 big apples of various kinds, 5 cups of sugar (as I said, if you are able to store the marmalades in the fridge, you can put 3 cups of sugar and 2tbsp of liquorice sweetener powder), 1 lemon juice, 1 orange, 2 sticks of cinnamon, 30 cloves, 1 pinch of vanilla extract, 1 tsp of aromatic dried fruits used for teas or for cooking (no worries if you don’t have these!)

Peel off the skin and the cores from your apples and keep the residuals in a clean kitchen tulle to enhance the flavour during simmering. In the same tulle, add the dried fruits, the cinnamon and the cloves. Cut the apples in small pieces and keep them in a bowl with two cups of water and the lemon juice to avoid turning brown. Once you peel all your apples, put them (together with the waters) and the tulle with the spices and the cores and skins, in a big pot in law fire. Cover the pot with the cap and let them simmer and wither. Once the apples are soft, remove the tulles, add the sugar (and the liquorice), and let it simmer. You should stir throughout the entire process. Once your apples wither, mash them up and add the vanilla. If you don’t put the orange, normally the process lasts about 45’ in total.

If you decide to add the orange, after removing the tulles, you start preparing the orange: clean your orange off its skin, cut it in small pieces and the skin in small, thin slices. Put the orange, the skin slices and the vanilla in the marmalade and let it simmer for an hour. Don’t forget to stir throughout the entire process. The orange skin is kind of intense, but you can skip it or add another aromatic factor such as mastic.

That looks so yummy.
@tipu curate

Many thanks! Much appreciated!

Many thanks for your support!

Thank you very much!

That is perfect for toast. Love it.

Wonderful! What I love about your recipes is that they can be made easily. Thanks!

Haha!!!you see I had misfortune in this one!

It happens. If you know how many times I was unlucky!

I know..if you dont make an effort, nothing will ever happen..