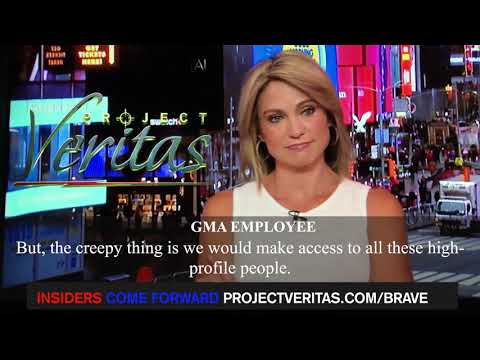 A bombshell clip released by Project Veritas is making its rounds on the internet today. The video shows ABC News anchor, Amy Robach, caught on a hot mic from August 2019. It revealed how she had the Epstein story locked and loaded a staggering three years ago. She claims her story implicated Alan Dershowitz and had information about (Bill) Clinton too.

Much to Amy’s immense frustration, ABC News executives spiked the story. In the clip’s narration, James O’Keefe reveals the network shelved her exclusive interview after Buckingham Palace applied a lot of pressure. O’Keefe then highlights an NPR recording, which had earlier revealed that Alan Dershowitz also movh seemed toAlan Dershowitz had also moved to ach expressed hrk cancel the story.
Robach confided her belief that Epstein’s suicide is, in fact, a murder ahing. She stressed that Maxwell should watno her six and getat she ought to watch her six, and get some good security. At the end of the video, James drops the name andNews so people can call to inquirews so twho nixed tan caory all osh onyears ago.

Almost immediately after Project Veritas published the video report, ABC News released an official statement regarding the matter. Unfortunately, despite her words on the tape, Amy Robach seemed to fall in lockstep by projecting the same impression as her corporate overlords did below.

"Atthe time, not all of our reporting met our standards to air, but we have never stopped investigating the story. Ever since we've had a team on this investigation and substantial resources dedicated to it, that work has led to a two-hour documentary and a 6-part podcast that will air in the new year." — ABC News Statement

rom all those years ago.

I guess that is this ladies career down the drain. A true investigative reporter, very rare in this day of liars, blackmailers, thieves and low life po-lie-ticians.

They may start with good intentions, but their success
hinges on becoming ineffective, fake, and disingenuous.

I read your original reply too, so you gave me two for the price of 1, thanks bro, I also shared that vid you put up, and linked your article.

Ty and sorry about that. You caught me in an OCD
editing loop, which bled over into the comments.
Now I will safely back away from the keyboard. : -)

Yes I hope this reporter keep going in the alt-media or start her own thing like Bill Still.

That'd be sweet. I like Bill Still, he's one
of the YouTube channels I keep up with.