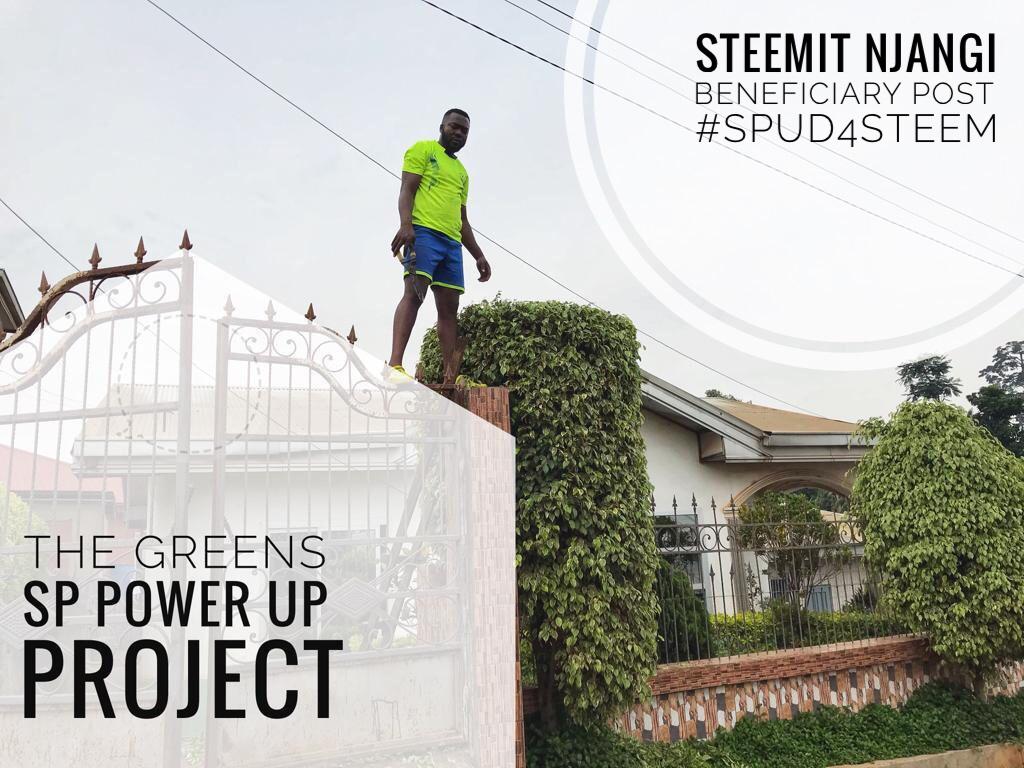 Two weeks ago, @steem-cameroon started the Steemit Njangi, a socio-economic activity that aims at supporting Cameroonian steemians to thrive on Steem as well as with their economic or social endeavors.

The following Steemians are members of Steemit Njangi:

Today, @thegreens is the 3rd beneficiary of Steemit Njangi and we are going to be using our Njangi to #SPUD4STEEM.

We are powering up by 30SBD because we are moving towards our goal of 50k SP by December 2021.
Tomorrow is going to be a very special day for @thegreens because tomorrow also marks the beginning of the #NoPowerDown for a minimum of 2 years renewable.
It’s also going to be the first day of our power-up project and @thegreens’ SP target for May 2021 is +5k SP.

By the end of May, we will hit over 5k SP and you can learn more about how we will realize our goal here; https://goldvoice.club/steem/@thegreens/the-greens-sp-power-up-project-or-50k-sp-by

Mr. Green is Founder/Executive Director of;

I do not know if i should say you are gifted with ideas, or what choice of word to really use. Indeed i will really say kudos to all the efforts in raising #steem-cameroon.

Thanks and together we will build a better Steem Cameroon

@thegreens your steps make some of us step up our game on Steemit. As you rightly said yesterday at the seminar, operation NO powerdown. @yeesja is strongly behind you and prays you to be considered as Steeming representative for Cameroon. Your understanding of Steemit is compared to non in Cameroon for now. you are the head we need to move and I wish you the best is your road map to 50k. i deh you back strong strong bro.

50k SP for juicy upvotes and support for all. I am doing this for #Steem and for us!