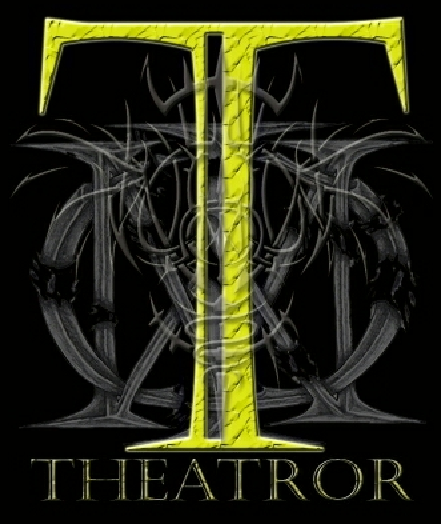 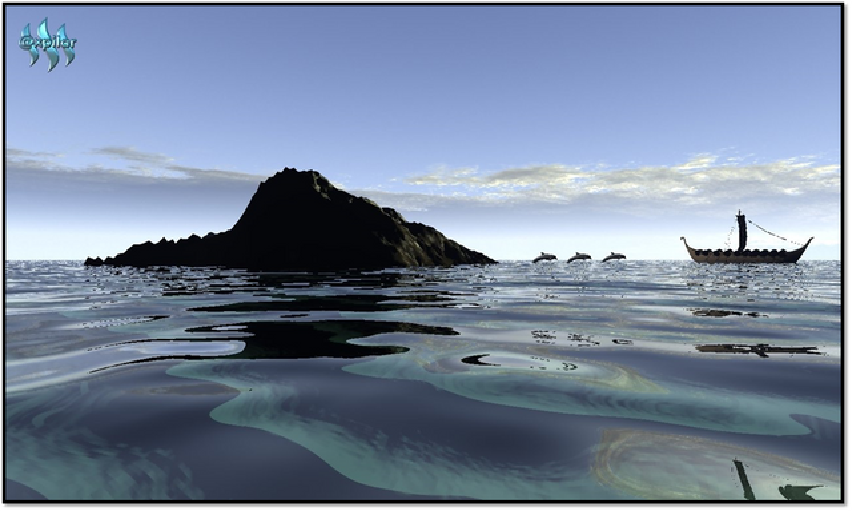 There he was. Already on his back the weight of the years. He was resting quietly on a stone at the bottom of the sea. A cold sea but for him it was normal. He was there, calm, letting time take its course. He had lived long enough and he only hoped that at some point the end would come. In his mind the internal struggle. The question that made him meditate. Do I let nature do its work or do I sacrifice myself to feed others? All his life he took care of those who live outside the sea and thanks to that care he reached the age he was.

Suddenly a bustle took him out of his thoughts. A herd of little cods was approaching him. When they arrived, they all greeted the same voice.

- Hello, Grandpa, we came to visit you -

They were the grandchildren who came to visit him. They already knew he was there. Every day he spent on that rock thinking about how he was going to meet his end. He welcomed them with great joy. He liked it every time that herd visited him.

One of the grandchildren asked him.

He saw the little fish. Yawning, he stretched a bit and sat down looking at all the little fish that formed a semicircle around him. He took off his glasses and began to wipe them with a rag he took out of one of his trouser pockets. He cleaned his lenses by looking determinedly at the face of each of the listeners. At the end of the cleaning he put the lenses back on. He clarified it and asked a question.

- Everyone is ready for this story.

With great enthusiasm everyone answered with a resounding yes. The old man smiled. He thought for a moment, and looking down at the surface of the sea he began.

- On that particular day I had been walking on the bottom of the ocean for a long time and I never realized how long I had been on it or how far I had gone. The truth is that I must have travelled a lot from where I was home as I suddenly felt that something was happening over me. Not close enough to hit me, but close enough to feel it and see its shadow across the sand of the seabed.

- This led me to think that I was very close to the coast and that, according to my parents, it was not good at all since it was exactly the place where those who live outside the sea captured the marine species to eat them. That thought made a great chill run through my whole being. The thought that I would be devoured by those beings was not at all pleasant. I set out to return but curiosity invaded my thoughts. It was dangerous to continue but greater was the desire to explore, to know, to see how those beings were that could devour me.

- After thinking about it, I made the decision to continue to the coast. It was already the end of the day and little by little the darkness was making itself felt in the sea. I followed the trail that left that thing that led to the beings that lived outside the sea. After a while, when the water level was less deep, the device stopped. I did not go out to the surface to see. I stayed there listening to the agitated movements of those who were on top of that thing.

- Little was the amount of water where I could move. I had to warn that if I went any further I might get caught in the sand. There was not a single yarn on the shore of that little island where the device had come.

- Suddenly many of these beings fell into the sea. As they stood there, they moved to the edge of the beach. Little by little I peeped out, keeping my distance, and managed to see those strangers, without fins, or gills, or tail, very different from us. They had four tentacles on two of them moving, and on the other two they were holding things. All these beings were of enormous size although different from each other. They carried many things with them. They would arrive at the sand outside the house, leave what they were carrying and return to look for what else to take to the shore.

- They made loud sounds at each other. One of them, who did not come down from that device, made louder sounds and with one of the four tentacles pointed to all those beings. -

- They all finished coming down and getting to shore. Most of them grabbed several things that had come down from that device and headed for the jungle on the island. A very small group of that group stayed on the beach. Some of that small group made their way into the jungle. -

- I stayed close to that device, half hidden, observing the movements of those strange beings. The arrival of the night was already more evident and I had to make the decision to stay there or return home. The darkness was not a good companion at the bottom of the ocean. The larger predators go out in the darkness to hunt their prey and I did not want to have that end. Besides my parents not seeing me coming would mean the worst. -

- As he was about to take the road home, out of the jungle came those beings who had separated from the small group on the beach. In their tentacles they carried the remains of trees that they had placed in the sand. I was very surprised that after placing all the remains of the tree in a pile, one of them began to rub two of the smaller branches and after a moment began to grow a light excandecerte that I had never seen. The beings, seeing the light growing, moved cautiously away from it. It was impressive that light, bright, grew and despised without a fixed pattern, moved as if dancing with the wind. I was hypnotized by what I saw for the first time. -

- When I reacted to that hypnosis, the night had already covered everything in the sky. There was no more sunlight. I couldn't go home anymore. Who knows how long I had been standing there. I must have been quite a lot since the beings on the beach had made places to sleep with cloth and tree branches. -

- One of them was placing metal containers on the light and after a while they all sat down near the light and ate something given to them by the one who had placed the container on the light. I'm very scared to see that. And if it was a being of the sea that I had captured in the daytime. That thought shook my being. Maybe an acquaintance or a relative. I thought seriously and asked myself, "What am I doing here? Is it worth risking my life to see this? -

- I really couldn't do anything. Going home was as dangerous, if not more so, than staying there. The beings soon after they stopped eating began to drink something from some glass bottles. The more they drank, the louder the sounds they made. They would stop and stagger. They bumped into each other and some even hit each other. A good time passed and they all were left lying on the sand. -

- I thought that was the ideal time for me to rest. So I set out to stay at the bottom of the shore to sleep but try not to go too deep into the ground. I didn't want to stop looking out for those beings. I didn't want to end up in that metal container set in the bright dancing light. –

- Already in the morning, very early, the beings who had gone into the forest the day before were returning. Their noises woke me up. I made my first movements. Which saved my life. As soon as I moved, I felt a spear passing close to me. As I turned upwards I saw how from the apparatus where the strange beings were sailing, several spears were falling, trying to reach me. With agile movements I avoided that attack. The beings who had slept on the beach were in the apparatus and were trying to make me their breakfast. They almost succeeded. The number of spears they were trying to catch me with was too many. I must say I was very lucky. -

- I swam, swam, swam with all my strength dodging the attack until the spears could no longer reach me. I swam on, driven by instinct and fear. I swam until I felt that I could no longer harm myself. I stayed there static at the bottom of the sea. I let time pass. -

- After a while I started to climb slowly until I reached the surface. Once there, I could see the device slowly moving away from the island. It was heading for the open sea. Suddenly it changed course and was heading towards me. I dived quickly to the bottom and could see its shadow passing over me. I followed the object from the bottom. Practically following the shadow of it, which was getting smaller and smaller until it disappeared. -

- I had the impulse to go up to the surface to see that device again but I thought I was very lucky to have got out of that beach alive and I should not abuse my fortune. -

- From there I returned home where of course I received a good beating from my father and a month's punishment without leaving my house for not having slept in it the night before. -

- So you guys know better than to go near someone's equipment who lives out at sea. Unless you want to be eaten by them. -

- Enough with the stories. Go home, it's the end of the afternoon and you have to go home. -

The flock of grandchildren said goodbye

- Goodbye, Grandpa. Have a good night. -

And the old man did the same thing

If you want to know me a little more visit my presentation publication in Steem through this link https://goldvoice.club/steem/@theatrorve/my-presentation-in-steem-greet-original-of-theatrorve

***Thanks to @steem and @steemitblog for letting me participate in this GAME OF THE DAILY.***