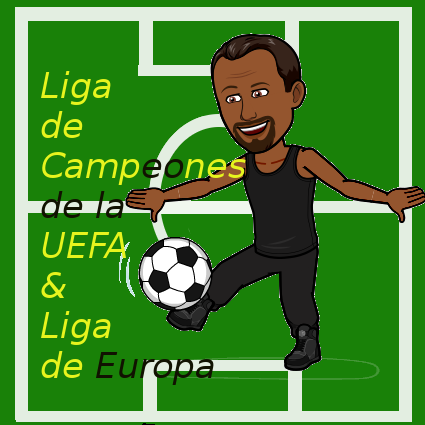 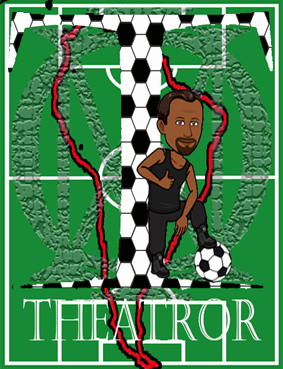 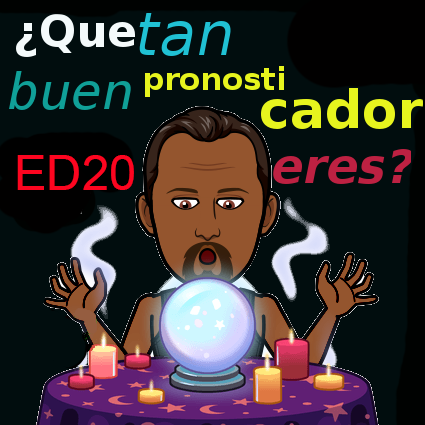 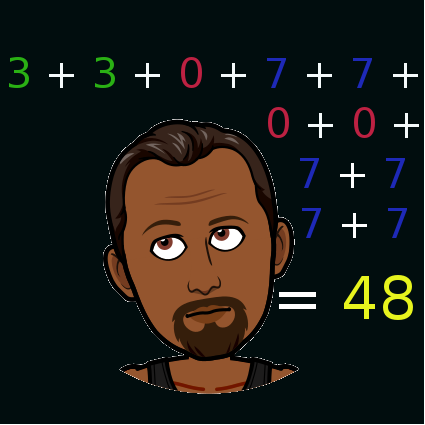 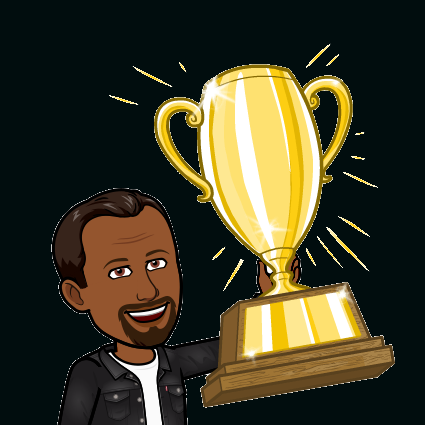 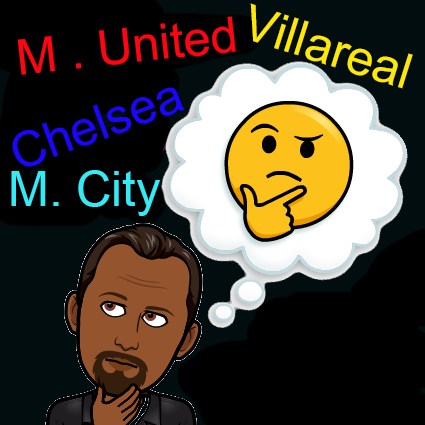 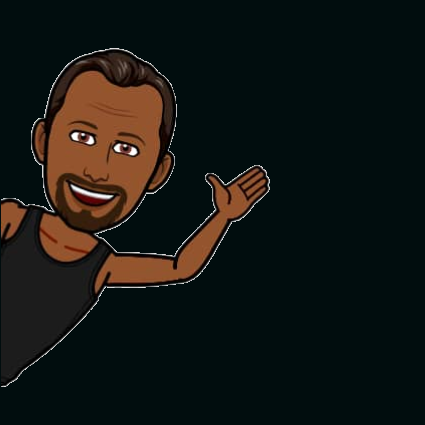 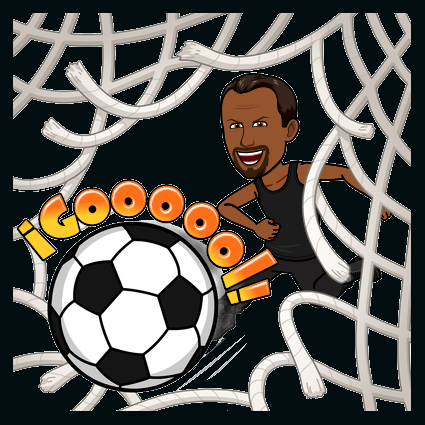 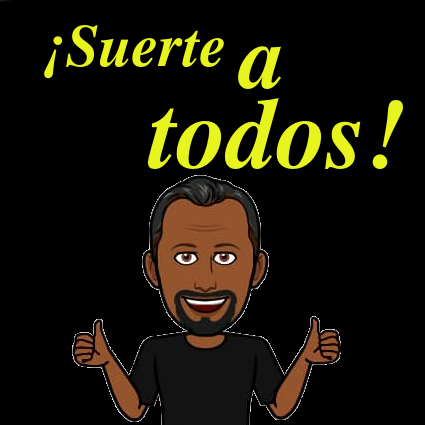 Contest How good a predictor are you? Issue Nº 20 - The UEFA Women's Champions League #

Greetings Futbolmaniacs of the #worldoffootball community. A big greeting from me to all the members of the community and the rest of the great #steemit family.

We reached the end of the road of the two most important continental competitions of the old continent. The end of the UEFA Champions League and the UEFA Europa League is proving to be quite exciting and deserved by the participants in each of them.

Just as the paths of these tournaments come to an end, the second season of the contest How good a predictor are you? is also coming to an end.

So here I present to you the 20th edition of ¿Qué tan buen pronosticador eres?, UEFA CHAMPIONS LEAGUE FINAL and UEFA EUROPEAN LEAGUE FINAL with the support of @njaywan, @javorv, @marcybetancourt and @worldoffootball.

Emoji created in Bitmoji. Diagramation of my authorship.

At one time a group of friends soccer fans created a game between us to give a little more excitement when we watched the games.

All of us who follow the beautiful game like, apart from appreciating the game and sharing comments with our family, friends, work or study colleagues, to predict the results of the upcoming games.

This contest is intended to give you the opportunity to show how accurate you are with the predictions you make about soccer games. So, if you are one of those who predict the future of soccer results, this contest is for you.

The way for all of you to participate is to post the results of each game of this round, which has four ways of scoring:

- The first one is by guessing the winner or tie of each game. To make it clearer the participation is the following example:

From this game you must predict which of the two will win the game or if you consider that there could be a draw between the two teams.

With this result each participant in the contest will get 3 points if he/she guesses correctly.

- The second is by guessing the score of the game. As an example we will place the same game:

If this was the final score of the game and you placed this score, you will get 4 extra points if you get the score right.

In case you think the game is a tie, you still have to indicate the score in order to get the 4 extra points.

- The third way is by guessing the time of the game. This means that you must predict whether the game will be played in the 90 minutes of regulation time, or in extra time, or if the champion will be defined in a penalty shootout.

For the correct prediction as to the time of the game in this final, 3 points will be awarded.

- The fourth option is aimed at predicting the scorers of this game. If you think that a player will score more than one goal, you must place it. It is not necessary that you enter the exact time in which the player will score.

With this you will get three points for each correct prediction.

With each correct prediction you will get 3 extra points.

If you have any doubts regarding this last form of the predictions, please express them in the answer section of this publication.

Do you dare to predict this?

In case of a tie in points between two or more participants the prize pool will be divided between the winners.

If you want to increase the prize pool with contributions in STEEM, you are welcome to do so.

THIS IS NOT MANDATORY AND DOES NOT ENSURE ANY BENEFIT IN THE PARTICIPATION OF THE CONTEST.

I consider it a very simple contest and that will lead you to show your skills in terms of predictions about this sport.

***Which games will be the ones to predict in this contest*** #

Here is what they will be:

In the final of The UEFA Europa League will face in Gdansk, Poland, two clubs that arrive with many merits to this appointment.

Villarreal, which represents Spanish soccer, arrives at this competition after winning its place in the final qualifying round of the home tournament. They shared a group with Qarabag, M. Tel Aviv and Sivaspor, where they qualified for the next round against Salzburg. His path continued in the round of 16 against Dinamo Kiev, eliminating them and continuing his journey in this tournament against Dinamo Zagneb in the quarterfinals. With the victory obtained in this instance, they managed to get their pass to one of the semifinals of the tournament facing the great Arsenal, beating them and achieving their goal of being in a great continental final.

Manchester United, for its part, arrives at this competition after finishing third in its group in the group stage of the Champions League and being considered one of the best third-placed teams in that competition. After the draw, they began their journey in this tournament by facing Real Sociedad and defeating them to advance to the next round. In the eighth round, they faced Milan and defeated them to reach one of the semifinals of the continental tournament. Already in the semifinals they play against Roma who they manage to beat easily in away mode and thus easily reach the last step of this sporting event.

In this edition of the UEFA Champions League Grand Final, the colors are entirely Premier League. For the second time, this is the second time this alternative has been presented, leaving this domestic competition on a high.

Manchester City began its journey in this competition sharing the group with clubs such as Porto, Olympiacos and Marseille and reached the round of 16 where it played against Mochengladbach, beating them and qualifying to the next round. In the quarterfinals they face B. Dortmund taking them out of the competition and advancing in the tournament. In the semifinals they faced the powerful PSG making them look like an amateur team instead of the big club they have always been. Now they are in the final of the continental tournament looking to achieve a double as champions of the English tournament.

Chelsea, on the other hand, arrives after having overcome several teams on their way. They started this competition in the group stage sharing the same with clubs like Sevilla, Krasnodar and Rennes. They got their pass to the next round where they faced Atletico Madrid, taking them out of the competition and climbing to the quarterfinals where they eliminated Porto. In the semifinals they faced Real Madrid eliminating this club from the competition and thus achieving the pass to the final. Chelsea comes from losing the final of the FA CUP and maybe this will reduce their participation in the final.

2 games and several betting options in the same. I think it's a very interesting challenge and will you be good at predicting? We will see.

You have to be very sure of the predictions that you publish so that later there will not be any confusion with this. The order of the games and the order of the teams in each game must be respected.

It is not necessary to make a table or chart, but the predictions must be well identified.

Very simple:
- Create a post where you post the predictions you have for this edition of the game.
- Post in the #worldoffootball community.
- Place the following tags in the post: #worldoffootball, #theatrorve, #(Your country), #steemexclusive among the first tags of the post.
- Place a link to your post in the reply section of this post. This is very important and is mandatory

This part will NOT be inflexible with respect to this.

Participation in this contest in its twentieth edition closes on Monday, May 24 of this year, at 23:59 Venezuela time. This will allow time to make a publication with all participants and their predictions.

I hope that this contest will be to the liking of all of you and that you will participate in it. My participation in it will be symbolic without the option of the prize in case of scoring the most points. In this situation the second place will be the winner of the contest.

Emoji created by me in Bitmoji.*

***Thanks to @worldoffootball for letting me create this contest in the community.

Source
Image by me
.

This is my entry
https://goldvoice.club/steem/@olabillions/contest-how-good-a-forecaster-are-you-edition-no-20-the-league-of-spain-or-organized-by-theatrorve-or