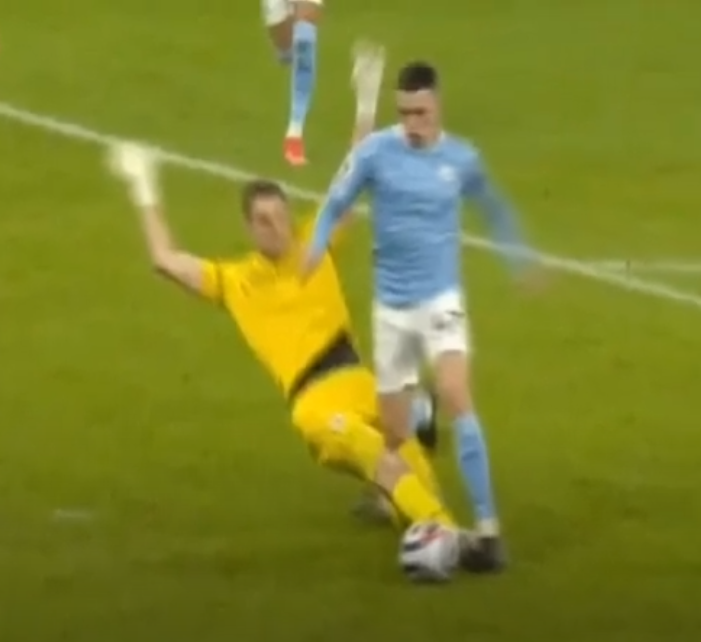 In what turned out to be a fantastic match between Manchester City and Southampton, yet again, I'm distracted by a decision that looked obvious in real time and so obvious in the slow motion replay, I'm left wondering how... HOW... did they not award a penalty for a foul on Phil Foden???

McCarthy made a mess of his control, Foden was quick to pounce only for McCarthy to dive in and bring the Manchester City player down. But Foden quickly got up and played on. Was the referee playing advantage? Perhaps. But City didn't score so when play stopped, VAR reviewed. They say a picture speaks 1,000 words...

I can understand the ref letting play go on, he made a mistake in a quick moment (and Foden played on). I can't understand the VAR official not referring the referee to the monitor.

Before VAR was introduced, I was an advocate. I thought it would improve the game and ease the pressure off referees a bit. But all it's done is highlight... no, that's not strong enough... REPEATEDLY highlight how inept and incompetent referees at the top level of our beautiful game are.

It is no more news that VAR have been taking a lot of messy decisions of late. That attack on Foden was clearly a penalty but it's annoying that VAR never even looked at it. Maybe it is because Manchester City were already three goals ahead.