MY ROOTS: THE META PEOPLE 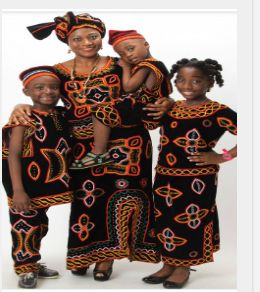 Hello everyone welcome to this article where I will be giving a brief information on my roots, my origin.

MY ROOTSThe people I will be talki I am Clautilda Tengu Atanga a Cameroonian hail from the Grass field of the North West division, Mbengwi. I will be presenting to you the origin of The Me division Mbengwi The Meta people*.

The Meta people belong to the Widikum tribe and happen to have migrated some 500-600 years from a place between Cameroon and Nigeria known as Nsanakang in the North Eastern part of Calabar in Nigeria. The migration history and family settlement of the Meta people as a take off from Ntarkon South West of Batibo village close to present Kokum and Bukah Batibo. The father of Meta called "menemo" the menkah had many children with his wife Apumokah named them leaders of their people. Amongst them 3 ancestral family leaders were identified according to seniority;
1.Tegyen icha mendik family Of Zang-Tabi
2.Tembeng Njoh Bonjoh family of Teneku
3.Tete Mundam family of Tuanyang. These leaders were all assisted in the migration settlement way of life by other three families, the Bonogoups known as the architectural family, calvers, those who mould pots, build houses, produce weapons and and farm tools; Mutems are the war Lords, those who were the fighters and defend the land and palace, Bokwanis were entertainers ( musics especially to the fons), carve chairs, walking stalks but these families have never been fons the only assisted in the movement.

HOW THEY MOVED
Migration started with Tegyen Icha westwards through Ajieh in Ngie subdivision and settled in Zang-mbeng the palace in Ngoukwo where he had many children who now make up the mendik family in Meta. Amongst these children can be identified in order of seniority;
1.Mbakwa of aTugi

The next movement was by Tembeng Njoh of Teneku who migrated Eastward from Ntarkon through Nyinjie Bounji. At Oshoung he delivered Fon Akam of Kai who moved towards Bosah before coming to back to his present settlement and he had child who became the Fon of Funam Bome. At Teneku he had another child Weribad ( a family head in Zang called Bad) who had Mbatu Njah Etu and Fotuh Njinimetu.

Tete migrated Eastwards through Nyinjie Bounji Oshoung, Bahd, Njah Etu and to present day Tuanyang called Fobang of Tuanyang. He had many children who spread throughout meta but were all paying aligence to him in Tuanyang and to the family head of the other brothers

The people of my village Ngyen-mbo had a special kind of migration in that the returned late from the farm when the others had left so never followed the normal family movement. They moved Eastwards and settled in Nanfang Bali before the Bali people occupied the land. They later moved when the Bali came and defeated them and settled there since they were not powerful. They remained there till the Germans came and defeated, used them as slaves till the Germans were defeated in the first and second world war and we're freed by the British and they now moved towards Independence with the assistance of the Meta people and Widikum. They later moved to their settlement area in Ngyen-mbo. There are 3 fons who have a common council ruling the same community.

REASONS FOR MIGRATION
The people moved from a place called "ntarinkon" in Guzang Batibo. This is market where traders come from other places to sell their products. The Meta people were also traders at this market but they were different from others in that they had a tail. These set of traders will always come very early to the market and take their positions and be the last to leave which made other traders suspicious. So some traders decided to know how they came to the market one day. They realized that these people had a tail from behind which they hide in holes they had dug and would sit there the whole day. Upon realising this, they decided to deal with the Meta people. One day they got ants and put in all the holes in the market and when these people came in the morning as usual and sat down with their tails in the hole, they were bitten by the ants and they ran away from the market and never came back. This was how they moved to where they are settled now called Mbengwi. Mbengwi is made up of 29 villages and 31 chiefs. The place is a habitat for many other tribes in the country and other countries too.

Customs and tradition
The Meta people are known and the Palm trees climbers. The area is made up of so many rafia palms and palm trees which are exploited for its sweet wine, oil, kernel, wood and used for protection. During war times the Meta people fought but would not leave their palm trees. The remained under the trees and climb up to hide.

The Meta people are good farmers. They cultivate crops like maize, beans, cocoyam, yam, cassava, potato, plantain, soybeans, palm trees and vegetables. During the cultivation period in the early ages, a law was set where everyone works at the same time. A portion of land is selected and everyone is given a date for the beginning of cultivation of crops. Everyone goes to the farm on a set day to clear, work and plant. After this no one is expected to go to the farm again until someone from the palace is sent to check if crops like vegetables are ready for harvest. A day is also set and everyone goes to harvest and come back. Later crops with longer seasons are checked for weeding and it is done on a set day too and harvesting on the set date. This was done in this manner because there were so many wild animals around that attacked farmers on their way to the farm or in the farm. So this served as a means for the men to protect the women as they work and assist others too with their farming. Also the men would always moved with the baby nursers in front as they went to the farm, women in the middle and other men behind to protect them. During this period of farming anyone who violates the law set pays for missing crops in the fine along with other items like goats and chickens. Crops harvested are stored in barns, warehouses and sp tubers.

A plantain farm in Tudig village

my friends an I after the Ekwem dance performance

Thank you for telling a little about the origin of the meta people. I've never heard of it and today I already know the origin story of the meta because you tell it. and keep the spirit in making posts. I like to read posts that make us add to history

Thanks for reading through this small history about my roots. There's still more which I can't put all here. I'm happy you learned something from the write up

Whoa... That's awesome. But how do you guys keep up with so many traditional dances? It's a tad bit stressful I think

There are many more and most of them are performed on particular occasions, some performed by special set of people and others are common for everyone like the Mukonghu dance. They're all great dances. For me I love the Echibi dance so much

Wow... And I reckon it's great

Wow..this is wonderful@tenguhatabga.i love your history.am so interested in the food.how i wish am very close to enjoy the sumptious meal.i love your tradition.keep it up.

Thank you very much. You will enjoy the food when you get to eat it. It's so delicious

Thank you my friend. Tradition is something very important for us to know

Follow @steemitblog for the latest update on Steem Community.
Check out the on going contest that happening on Steemit Community right now here Ongoing Contest on Steemit

Thanks a million for your support and encouragement @steemcurator03 and @rex-sumon. I will keep on following the instructions as required