Going on a Fairy Walk photoshoot with my Grandlittles 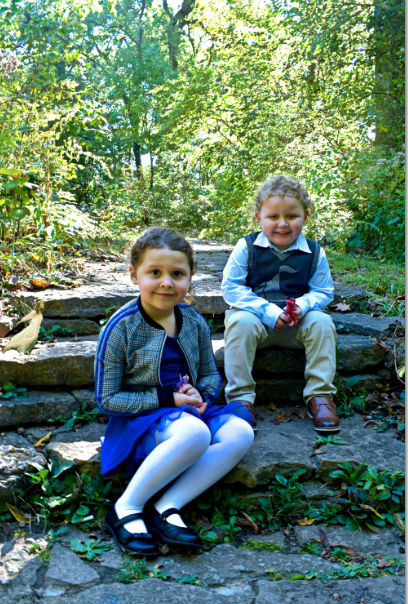 So I took my Grandlittles on a Fairy Walk Photoshoot

I live in an area full of legends of fairies. My hometown and surrounding communities including the one I currently live in all have their legends of the fairies. I am originally from Muncie, Indiana many ask where that is at, and if they don't know about or heard of Ball State University which is located there, they have heard of Ball Jars. Till recently Ball Corporations headquarters was in Muncie, Indiana but they moved the headquarters to Denver I believe, but that is where I am originally from. Elizabeth Ball is where the fairy stories originate, as she believed there were fairies that lived in what is now called Oakhurst Gardens. Which is where I took my grandlittles for our fairy walk. As they live in my hometown.

J. Wolf Scott has written a fairy series that is set there

I bought her whole collection of fairy books and share the stories about the fairies with my grandlittles as we take a walk through Oakhurst gardens. I add my own little twist by telling the kids if they are really quiet, that maybe the fairies will come out to let us see them. My grandlittles are 3 and almost 5. So being really quiet is hard, but they really try. There were different sounds from the insects and other small creatures out there, that occasionally I would say shh listen did you hear that I think I heard the fairies. They were enthralled with story time, I got into more detail then how I am telling it here, but by the end of our photo shoot they were excited about the possibility of seeing fairies and disappointed they didn't come out to say hi.

But what we didn't know

Is the fairies apparently did get curious about us. Though we didn't see them, my camera captured them. So that is the story I told the kids as I showed them their photos from my visit before. As my camera caught fairies in it's frame in 5 photos from the photo shoot. I let them discover them as they were looking through the roll and was very surprised when they pointed it out. Okay so that maybe not what happened but that is the story they know and I am having fun with creating some magic for them. Here are the fairy photos from that day I hope you enjoy them as much as I enjoyed taking them. I am also now offering fairy walk photo shoots as this inspired an expansion of my business.

We think this one was copying my granddaughter's pose

So now they want to go on fairy walks again

But it is getting cold out so they will have to wait till spring. Till the I will keep telling them stories of the fairies and keep the magic alive. I found some more fairies I can use and plan to bring out some new ones with them in the spring.

tipu
🎁 Hi @tecnosgirl! You have received 0.1 STEEM tip from @davedickeyyall!

Thats a special walk and shots :) fairy walks when it warms up sounds a cool idea to me

Thanks for joining Wednesday Walk :)

It is a great ideal I booked two fairy walk shoots already from it, hope as the weather warms up I will get some more.

Thats great and lets hope you get more ;) Posted with

This is such a sweet story! On my side of Gillespie Tower, there was a white plastic bag that looked like an angel that had a special place in a tree across the street. My neighbor, Betty, introduced me to her shortly after I arrived. She would turn to point in different directions that were meaningful to us at various times. The whole time that I was there, the angel was in the tree. For all I know, she still is.