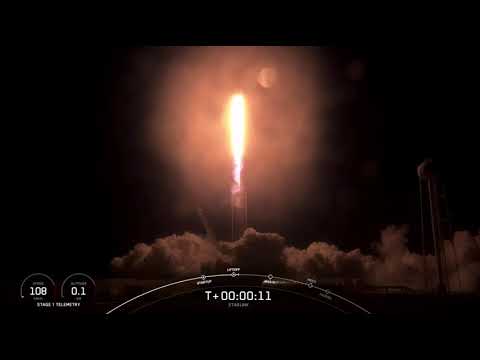 Yesterday, another launch of the Falcon-9 rocket mission with a package of space Internet satellites called Starlink.

And there would be nothing extraordinary about it, because recently there have been frequent launches, were it not for the fact that the main part of the rocket has already participated in this undertaking 9 times in a row.

This is an absolute record that shows that rocket recycling has great potential, here is the booster number 1051. It took place yesterday, let's think about a flight with a pack of 60 Starlink devices, and then the rocket landed safely on the Of Course I Still Love You barge in the Atlantic Ocean,

and it will soon reach Port Canaveral, from where it will be taken to service. SpaceX fans and experts who follow the progress of the development of the space industry on a daily basis are almost sure that the main part of the Falcon rocket, number 1051, will fly into space one more time, and later engineers will dismantle

parts and check the state of the rocket and whether the next ones will be able to fly more than 10 times. It's not about breaking records, but about lowering the cost of the mission.

The use of as many as 10 times the same rocket and, for example, payload covers, means that the cost of launch can drop from $ 60 million to just a few million. SpaceX already has over 1,000 Starlink devices in orbit, and by the end of the year there will be nearly 1,500 of them.

in the coming years, even more satellites will be sent into space.

Ultimately, their number can reach 30-40 thousand.

SpaceX announces that Starlink is now available in the US, Canada, UK, West Germany, and New Zealand.

Until the end of the year, it will be possible to connect with him from most countries of the world, including Poland.