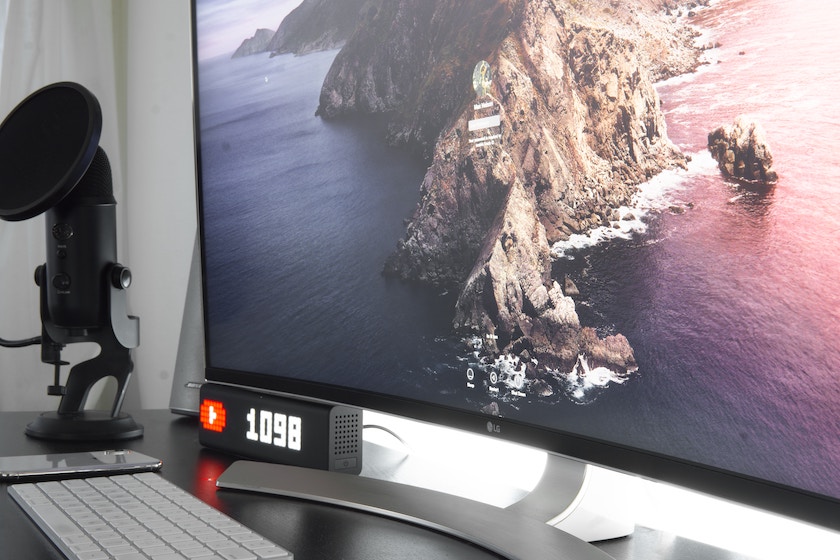 Photo by Max Nelson on Unsplash

Morning, how the devil are thee today? I’ve set up the lametric time again (I’m looking to build out a ‘background’ for videos so I don’t have to have the green screen all the time and I’d like the Youtube counter and the Kodak pulse photo frame I’ve got knocking around to be part of it.

One of the things i really like about the lametric is the fact that it’s a speaker, can connect to Bluetooth speakers or use the aux out for your speakers or amp, you can search and add internet radio stations in the app easily.

Most of the radio stations however in the app are let’s say, a little ‘middle of the road’ for my tastes so i like to add my own stations via somafm, it’s fairly straight forward and the best thing is you can get those lovely 256kb higher quality streams.

And you’ll need these links urls like this (then you just get the channel name as the main url is often the same) — we are basically looking for the direct streaming server links.

They all have alternative servers and also depend on your unit of what source feed you need, for the lemetric we use the mp3 ones.

To find the stream urls you have to the use the mp3 stream urls and the ice cast server is pretty much the same for all of the different channels that soma has (they have loads of great stuff) — you need to use the alternative links to get to the urls, probably a good idea to take a copy into a notepad.

Another thing i’ve been thinking about is segmenting the connectivity here as well, I’d like to have all my chat apps, discord, etc and data intensive live stuff on one network and then my work stuff on another — i could use speedily software and just bond my connections together and just let everything go through but I’m kinda keen to just get them on separate networks completely.

So the raspberry pi, netflix, audio streaming, etc, all on another network so it does not effect the gaming and video uploading side of things (the work/play) side, just keep the data intensive (live / realtime) on the other network — obviously some kind of failover on both would be a nice to have.

The good thing about having it separate also is that it can stay fixed instead of moving with me which opens up a bunch of cool stuff for IoT too — cameras and sensors and such like, the ideal would be that i could also run all of that from a battery in series setup with solar power covering it all.

Obviously some of the devices will have to go through an inverter but it’s not really going to tax it say like having a washing machine — most of the network could be raspberry pi and I’m guessing the only big draw would be things like the dvr recorder and the television.

I guess over time i could swap out anything that’s 240v to 12v anyway as a lot of stuff i could run headless anyway. This year has to be the year i start messing around with this stuff (ideally mesh networking too)

What tech projects do you have planned for this year?