INTRODUCTION TO THE TACHYON PROTOCOL 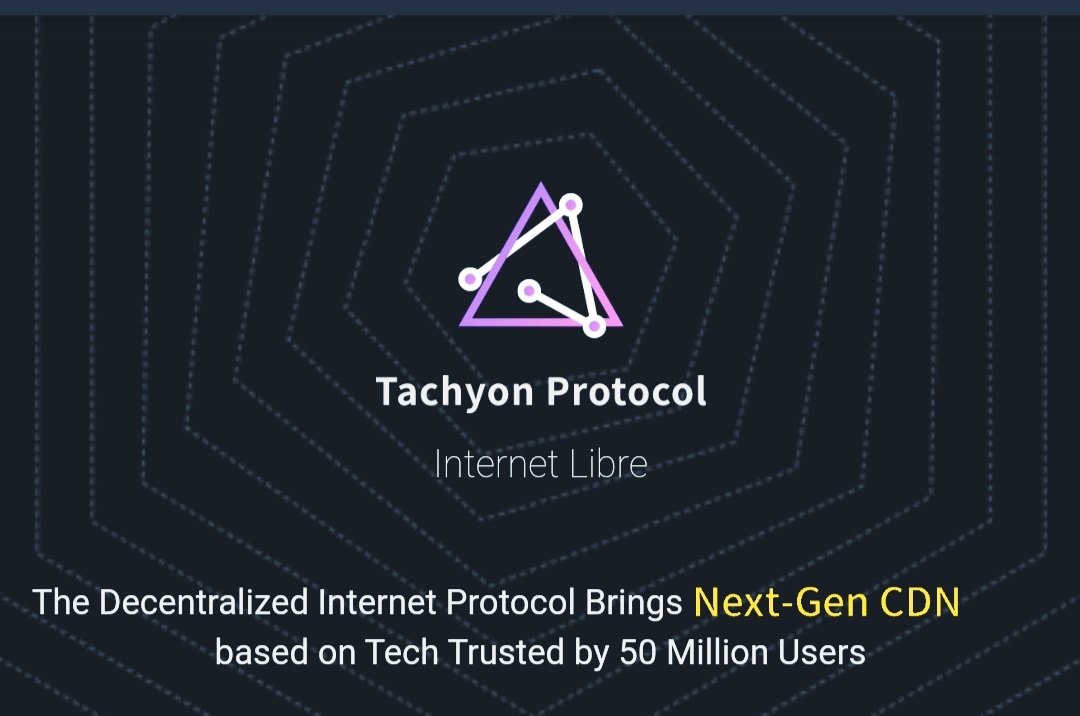 Every user has a right to privacy of operations while making use of the internet for everyday activities.

The internet was supposed to be a system which will easen and simplify the daily activities of its users.

But even before that is achieved, the privacy of the users has become a thing of the past, as their activities on the internet is not kept anonymous, following the activities of hackers and other security challenges.

The security issues arising from the use of the internet is becoming very alarming, as it seems to be unavoidable in the different digital platforms.

Over the years, there has been countless reports of system hacks which results in data theft and assets loss.

The present internet system is not exactly working as envisioned, as the use of TCP/IP is rapidly becoming obsolete, thereby bringing about low efficiency.
The lack of trust and slow processing speed are part of the flaws which had plagued the internet system.

It is obvious that the digital system is ill equipped to handle the security threats and other challenges which has jeopardized this new industry.

Sadly, all these challenges has made the use of the internet to be unsafe and unproductive to the users.

But not to worry,

TACHYON PROTOCOL IS HERE, GIVING YOU THE BEST INTERNET EXPERIENCE

Tachyon Protocol is a decentralized system which is meant to eliminate the flaws of the internet by highly improving the TCP/IP system, through decentralization and an end-to-end encryption.

TBU (Tachyon Booster UDP) is a means by which Tachyon Protocol will remodel the internet layer, transport layer and the application layer of the TCP/IP by adopting top notch technologies such as the Blockchain, DHT, UDP and other technologies.

Tachyon has also put the TSP (Tachyon Security Protocol) in place to shield against the attack of hackers, or interception of the user's data through network sniffing.

It's end-to-end encryption and different simulation protocols has also made the interception of messages, very difficult for the attackers, as the real content is hidden from reach.

The TAA (Tachyon Anti-analysis) is another great feature of the Tachyon Protocol as a means to ensure total privacy and security of contents being transmitted on the system.

The multi-relaying forwarding scheme is another beneficial protocol adopted by Tachyon, as these information being sent across are highly encrypted before forwarding them individually.
All meant to improve the security of users on the internet.