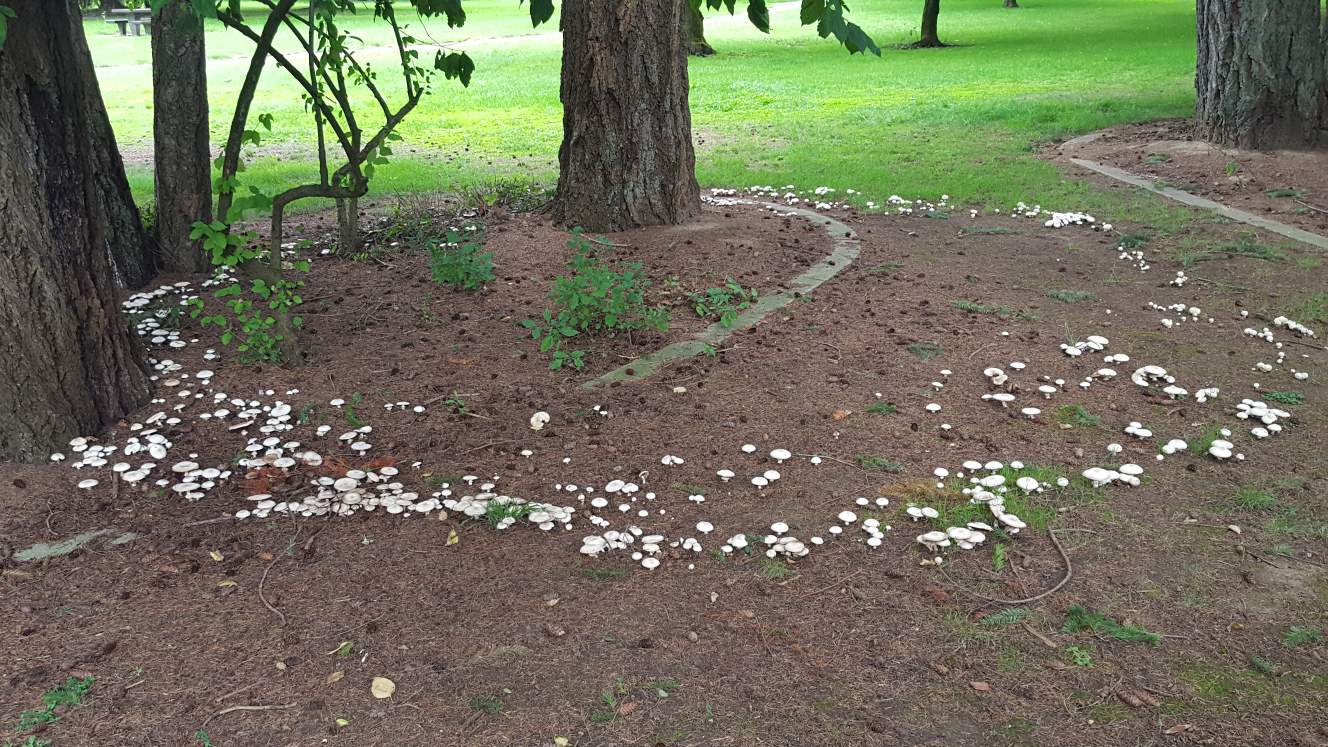 Do you see these rings around where you live? Have you ever wondered if you could be stolen away to a fairy realm if you crossed into a ring of mushrooms?

The tales and stories of a magical realm where fairies steal humans away to are plentiful. Stepping beyond safety unwittingly, only to wake up and find a land of mystical creatures and strange beings everywhere.

These stories often involve the dangers of eating the fairy's food. Many times the fairies are dangerous rather than kind. The fairy queen is often cruelest of them all.

I feel like magic exists around every bend, we choose to connect with those moments of magic or miss them while our heads are down.

Will you cross into a magical realm? Do you see the dangers of fairy queens? Will you live a life of magic and mischief?