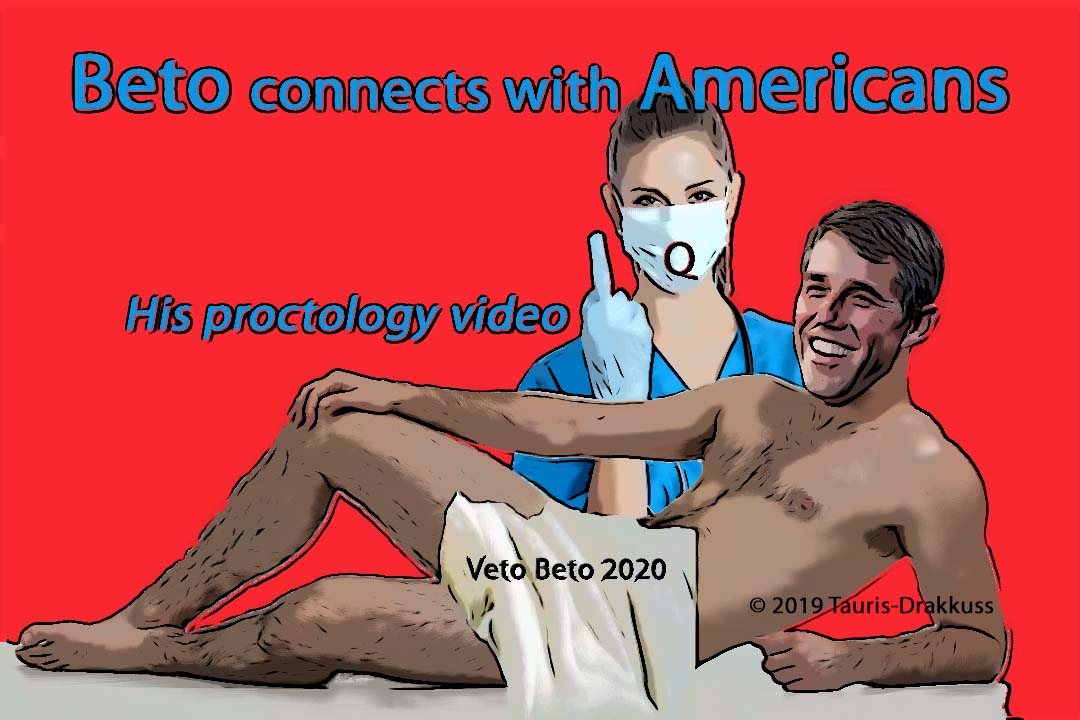 There is silliness in American politics. With 20+ Democrats running for U.S. President in 2020 you wonder why they think they are contenders. With machine politics cherry picking the candidates they know they have a chance if they can convince the puppet masters they would be the ideal controlled American President. Frontrunners like Joe Biden and Bernie Sanders are not guaranteed to get picked for the DNC nomination despite the poll numbers. With the Alliance (American) backing President Donald Trump you have the Deep State (American/European) picking the DNC nominee. The presidential candidates are the proxy war between the Alliance and Deep State.

One such Democratic candidate is Beto O’Rourke. He has put out videos to connect with American voters such as giving a narrative while having his teeth cleaned. How such silliness will inspire people to vote for him isn’t obvious. Another candidate, such as Elizabeth Warren (Pocahontas), doing a video showing her sipping beer like is was wine in an effort to connect to average voters. They are all competing with each other for the same job yet they know the American people will not get to choose the DNC nominee. They are waging their campaigns like live job interviews to convince the puppet masters to hire them to be president.

With the Fourth of July celebrations over and President Trump’s military parade done marching it is expected the Alliance will double down and do a major push to remove the last tenets of Deep State control in America. The Full Disclosure team is gearing up to eclipse this Alliance effort and curtail further Deep State power plays. The war between the Alliance and Deep State will end this summer. The current presidential candidates will be dancing to a different drummer. For God and Earth.