Starlink Moving Closer With Another Launch 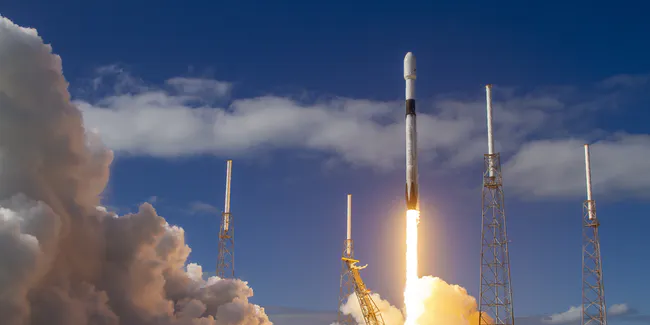 SpaceX is intent on changing the world's telecommunication system. The goal is to blanket the planet with an already approved 12,000 satellites. This will be used for global Internet opening up markets that are not accessible at the moment.

Monday will see the company move one step closer.

Launching from Cape Canaveral is another rocket carrying 60 satellites. This will join the 120 already in orbit that were released in 2019.

This mission is a bit different in that the satellites are coated with a special material meant to alleviate the viewing from Earth. Astronomers already complained that their views were altered by the brightness of the satellites in orbit.

SpaceX is working to offset this problem. Whereas most satellites are a thousand miles up, Starlink is a low Earth orbit system. This means the satellites are only a couple hundred miles in the air.

The company is placing a big bet on the ability to transform telecommunications around the world. Not only are countries with no Internet access going to be targeted, we will see another competitor in the developed nations. The telecommunications industry became monopolized in the sense that many areas only have one option for Internet.

Depending upon what services are offered by SpaceX, we are going to see a huge shift in telecommunications. Many of the wireless carriers are investing billions into the roll out of 5G. This will be a network of data transmission that is orders of magnitude faster than what is presently available.

It only makes sense that there will be a consolidation of services. Mobile, television, and Internet are going to be all rolled into one in a couple of years.

Ultimately, this should help to push prices down for consumers. With added competition, most carriers, whether terrestrial based or not, will have to vie for people's business. With an entity like Starlink, the ability to garner a billion customers globally is realistic.

Of course, we should not overlook the plans of OneWeb and Blue Origin, two companies who seek to do what SpaceX is doing.

Communications is the key to many of the advancements we are going to see over the next couple decades. As more of the world goes digital, the ability to transfer receive larger amounts of data in less time is paramount.

Once again, we are going to see another shift in a way similar to what smartphones did.

This is not going to take long before it becomes a reality in some parts of the world.