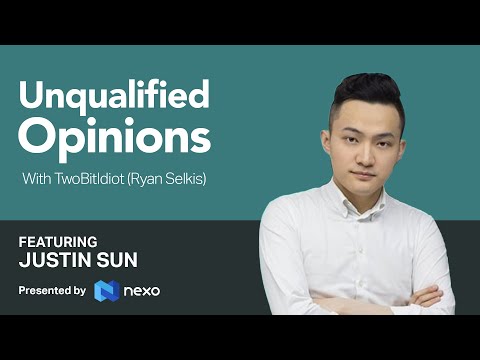 It appears the rumors about Justin Sun and Steemit Inc were not totally unfounded.

There was an interview with Sun where he asked him about this topic. Sun not only did not deny it but he basically confirmed it.

He talked about the active acquisitions while also mentioning one they invest in.

Here is some of what was said.

Sun: We are backing the projects but we are not the person who leads those projects.

Interviewer: This applies to Steem and Poloniex.

Sun: Yeah. Yeah. So ah and and also Wink.

Sun then goes on to add this:

And also Steem, we haven't said anything about Steem yet. So, its all, like, in commercial discussion. We havent released any news.

Sun appears to confirm that is some kind of investment that either went to Steem (I presume it applies to Steemit Inc) or will be going there.

Take a listen for yourself. This part starts at about the 20 minute mark.

As exciting as this is, there was other information that came out from the Steemit Inc team. @aggroed held a Witness Forum with the team on there. We heard a few things discussed that I feel are important.

The first has to do with scaling. Aggroed asked @vandeberg about it. He is one of the blockchain developers for Steemit Inc. He went on to say that, while not able to give a precise transactions per second or how much traffic Steem could handle, that he feels Steem can scale better than most, if not all, other blockchains.

When pressed on the order of magnitude that the blockchain could handle, he did say that he believes it would be well beyond a 10x from here. The reason why it is so difficult to answer is because not all transactions are the same. They will vary in size and scope.

Either way, the point was clear: Steem's ability to scale, according to one of the main developers, outpaces most of what is out there. This is something that should be encouraging to everyone.

There was also a lot of discussion about SMTs and Communities.

The hope on Communities, according to @elipowell, is that they go fully live in the next 60 days or so. They are staging it in and one of the things that will accelerate it is for the user base to post in the communities. The goal is to have real world, thriving examples.

Another piece that Eli reveled is that Hackernoon is looking into the possible use of Communities to adjunct their website. This is a fairly decent sized community and would be a great addition to the Steem platform.

Finally, the question that most everyone is wondering is when will SMTs go live? When is the hard fork going to take place?

Vandeberg also took a shot at this one stating they are still uncovering some bugs in the software. While he would love to get it out as soon as possible, this is not going to happen until they believe there will be a seamless release. As long as they are still finding some glitches, they are going to keep updating and setting up new testnets.

One point he did make is that he is optimistic that it can take place before the Bitcoin halving that is taking place on May 12th.

Thus, we could see SMTs live within the next 90 days.

Here is the full recording.

There we have it. Information that came straight from the different sources. Justin Sun has a serious interest in Steem and is putting some money up to back that. Communities and SMTs are moving forward and the belief by both Eli and Vendeberg is they can be live in the next 60-90 days.

A lot of great stuff happening at this time. Things are getting very exciting.

What? are you saying that @itstime is Ryan Selkis?

You are right. Corrected that. I wasn't even thinking this morning.

Must have been too excited...

Thanks for sharing some updates about what is happening in our community and on our blockchain. I appreciate being able to come to your blog for information like this.

Thank you for the compliment. I am glad that you find my posts helpful and informative.

I cant ask for anything more than that @sumatranate.

Great news, thanks for continuing to give us the 411.

Always a pleasure to bring updates like this to everyone.

That is super interesting. And very exciting! Thanks for sharing the news, @taskmaster4450.

Very cool to see this all happening. What is happening with resource pools for RCs ?

From what I understand that is part of the code for the next hard fork but perhaps some developers who were on the testnet could verify that.

It's funny some steemians were worried if Justin was involved because they think he is a poor investor. I have no opinion but that's what I'm hearing. Perhaps just jealousy

From what I can see, an investment in Steemit Inc, if that is the case, would be a sound investment. The team is getting its act together and rolling out some software that is needed.

Great to hear. I don't follow you for bearish news about STEEM ;)

Thabks for sharing this,l. Had a feeling that the stuff with justin sun had some truth as no one from tron or steem denied it.

90 Days is really great news for SMT and with the price doing good they may help it more.

If Hackernoon is going to adopt the SMT protocol, then that could be huge! The word will spread out like wildfire in the computer nerd community if a lot the users get excited about the possibility of earning crypto for their contributions.

It's better to fix all the bugs to make the release as smooth as possible than to rush into releasing SMTs as soon as possible.

I would prefer them to go a bit slower to have less headaches when the hard fork is done.

Always good to have good updates of this kind especially at the moment I have less time with my crypto kid. Thank you so much for your value here.

It is a joy to bring out updates like this @chesatochi. We are getting closer to some game changers actually going live.

The rest of 2020 is going to be very interesting.

In a DLive stream (I transcribed it) he said he wants to expand to decentralized social media.

Interesting read. Look forward to what else has to come from this....

Great read, great news, and thank you for the update.

Congratulations @shitsignals, you successfuly trended the post shared by @taskmaster4450!
@taskmaster4450 will receive 1.62888975 TRDO & @shitsignals will get 1.08592650 TRDO curation in 3 Days from Post Created Date!

Interesting TRON founder is jumping into STEEM blockchain while STEEM founder Ned went off to EOS blockchain, and the revolving door keeps swinging (Charles left ETH for ADA too)

All good of course, it's a small ecosystem the crypto industry. But social media is a huge global industry and any smart person will know to invest time and money into a social media lifestyle, business or pleasure. I live on Steemit for example, for income and recreation simultaneously.

It is still a very small industry @julescape.

To add to the list, Dan is building Voice on a chain that is not the main chain, essentially forking EOS.

All fun and games.

Something is not adding up.
Why would he 'invest' in steem and forfeit poloniex users' steem?
Taking steem off the exchange is not consistent with expanding steem's reach.
Is he buying stinc's ninjamined stake?

Hopefully, our dev's are on the ball and ready to fork out more bad actors if that proves to be the case.

Hard to know what he is after. He could be investing in Steemit Inc the company.

You mean pulling their bacon out of the fire because they failed miserably at running a business?
It remains to be seen if that guy is any help.

That's exactly what I would do in his place if I was a morally corrupt scammer that wanted to stack up on Steem.

I'd delist it with a short notice no one sees. When ever a exchange delists a token there's always a bunch of that token left there. If you make it so rarely anyone sees your delisting then you're left with 800k Steem like in this case.

He already controls a whales stake and didn't have to spend a dime.

It's not looking good on the homefront, imo.

Now the question is: is he referring to Steem or actually Steemit Inc? If I understood him correctly, then Sun is pretty much only interested in increasing the value for TRX & BTT.

Hard to know when people use the terms so interchangeably.

He did say it was part of the investing and let other people run it...

If Justin Sun is going to be involved in STEEM, there will be huge publicity and marketing for STEEM and possibly cross-chain TRON and STEEM. Upvoted!

Your post was upvoted by @steem-ua, new Steem dApp, using UserAuthority for algorithmic post curation!
Your UA account score is currently 6.173 which ranks you at #262 across all Steem accounts.
Your rank has improved 4 places in the last three days (old rank 266).

In our last Algorithmic Curation Round, consisting of 88 contributions, your post is ranked at #3. Congratulations!

We should probably stress test steem.

Of we expect Steem to have millions of daily users then Steem needs to be able to handle that.

TBH I don't take anything Justin Sun says as confirmation of anything. Unless the confirmation comes from Steemit Inc side, it's still just empty talk IMO.

I don't like it if Justin Sun has anything associated with Steem, he is a scam guy, how is that good for Steem @taskmaster? https://steempeak.com/poloniex/@mintymile/have-you-heard-poloniex-is-now-owned-by-justin-sun

Purely hypothetical pondering here. What if one would have the intent to invest based on the significant growth potential the platform. As core technologies begin to gain traction within the industry and the platform becomes very attractive to the public at-large, perhaps a bid for an outright buyout would occur. At the point that the company has reached its perceived maxium potential within the market, the said owner of the company would then seek to sell the whole thing for a tidy profit. If such a scenario where to happen, how would this affect the Steem/Steemit missions and the values upon which thy are built? What would be the effect on Steemians and the businesses built upon the Steem blockchain?

Important topic for discussion, thanks for the heads-up.

I'm not sure that I like this statement: Steemit old token STEEM to move to the Tron blockchain

If the proposed move to Tron is true, why in the interest of timely transparency, is this information not being officially communicated to the community/user base? A very curious development indeed.

Seems everything is true. New broom in the house - TRON.