Steem Ahead Of The Curve Again 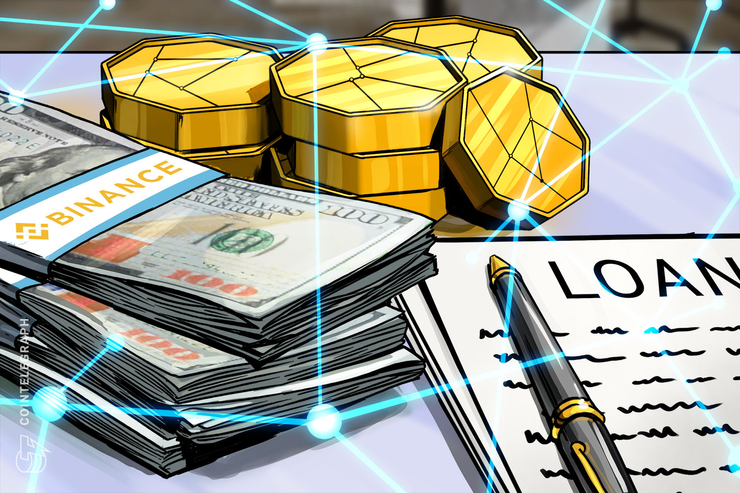 Did you happen to notice the attention that Binance got by announcing its crypto-lending platform? This not only drew attention from the crypto world but also some financial pages picked up on it.

In other words, this is something that many view as important.

Essentially, what Binance is doing is they are going to offer crypto-lending on their platform. There are three tokens that this applies to: Binance, Ethereum, and Tether. This could just be the starting point yet it is the offering at this time.

Obviously, this brought out those on both sides of the debate. One view is that this is nothing more than a ploy for Binance to try to get people to hold its token.

Why wouldn't they want people to hold it? That is a logical thought by whoever is behind this. Everyone knows that the more people who hold a token and keep from dumping it, the more stability is provided. So this is a sensible move on Binance's part.

Of course, this all part of a larger picture called DeFi. Many are buzzing with the idea that much of what Wall Street offers could be moved to decentralized networks. "DeFi" stands for decentralized finance. There are some who feel this will be a huge part of the future of cryptocurrency.

Which brings us to Steem. This little blockchain is once again overlooked.

Isn't it ironic that something receives major coverage in the media is just another day on Steem?

Did anyone ever hear of Dlease?

The idea of having a funding platform that can net crypto holders passive income is nothing new. Binance has no novelty with this. For the past couple years, people on Steem were doing it.

As for DeFi, once again, Steem has it covered.

For the past month or so, I wrote a few times about @spinvest. What is this? It is an investment club that offers out a token in exchange for STEEM.

What does an investment club have to do with DeFi?

A better question is what is the difference between an investment club and a Wall Street fund?

In my view, there are three differences:

So how does @spinvest operate?

The SPI token is exchanged for STEEM which is brought in and powered up. The SP is them leased out either through Dlease or the OTC market. This provides the token holders with a steady return coming back into the account.

As more tokens are distributed, the amount of STEEM being swallowed up grows. Hence, it is being removed from liquid status, requiring the 13 week power down. In other words, this STEEM is in the "hodling" category.

The goal of the project is to generate at least a 20% annual return in STEEM. In a world where 1/3 the debt is negative and Central Banks are racing to drop rates, this is a marked difference.

I expect this club will be the first of many vehicles of this nature that you are going to see pop up on Steem. Social media is a large market, finance is much bigger. Having the ability to create most of what is on Wall Street will pole vault the cryptocurrency world higher. Over time, as more people have this in their wallets, they are going to be looking for a place to put it.

This is where I see abundance being created. No longer are we dealing with a closed system where a select few have access to it. Early adoption is being offered on a daily basis, especially on Steem. Each new project is an opportunity for anyone to get in early.

Steem is already being poised to take advantage of the move into the second iteration of cryptocurrency. It is already a blockchain that enables people to get rewards, thus filling their wallets. With an application such as Steem-Engine, we are seeing the ground work laid for the next wave of tools that people and developers can use.

The ability to automatically re-invest is already available through @tipu. I surmise it will not be long before that is available across much of the SE platform.

What is the impact of that?

Essentially, this automates people's ability to earn. This could be tied to recurring payment capability, netting token holders automated payouts on a set schedule. Consider all the financial products that do exactly this.

If people can lease out their SP, what is to say that cannot be expanded. When SMTs do arrive, I would expect the same ability granted to many of them. After all, it is the same code on the same layer.

And why not add that to SE tokens? We can already delegate and stake them, similar to what we do with STEEM. When some of the communities grow, a market could form where individuals want to enhance their stake for a week or two.

As the tools are developed, we are only going to see more opportunities arise. People are going to see the ability to fill a hole in the market and produce something that we are able to use.

DeFi is only starting to get going. Over the next two years, we are going to see it heat up as entrepreneurs see the potential to tap into one of the biggest markets in the world. The legacy financial system is going to see continued loss as people find this alternative economic system that is being constructed.

Once again, we see Steem involved and laying the foundation.

DeFi has become my new favorite word ever since I heard about the first time a few weeks ago. There are sooo many projects innovating in this market. Great to see an initiative on Steem, too! Will definitely look into it!

It is a pretty neat work, I will admit that.

What it represents is even better.

The start of what takes out a lot of Wall Street....their fees are not going to be attractive once these projects get off the ground.

I need to start to expose myself to Spinvest.

It does seem right up your alley with your interest in different projects earning a passive return on crypto.

The one you posted about this morning is very interesting. They look like they are doing what Binance is, just with a few more tokens added to the mix.

I believe we will only see an expansion of this across the entire industry.

Rates offerred by binance are really good. And u rightly pointed out about DLease and SPinvest. They do fall in DEFI category.

Cpuld not agree more with your thoughts here. Steem needs to start marketing itself or the token and the platforms will die. Thanks.for sharing!!

Your post was upvoted by @steem-ua, new Steem dApp, using UserAuthority for algorithmic post curation!
Your UA account score is currently 6.140 which ranks you at #274 across all Steem accounts.
Your rank has not changed in the last three days.

In our last Algorithmic Curation Round, consisting of 130 contributions, your post is ranked at #24.