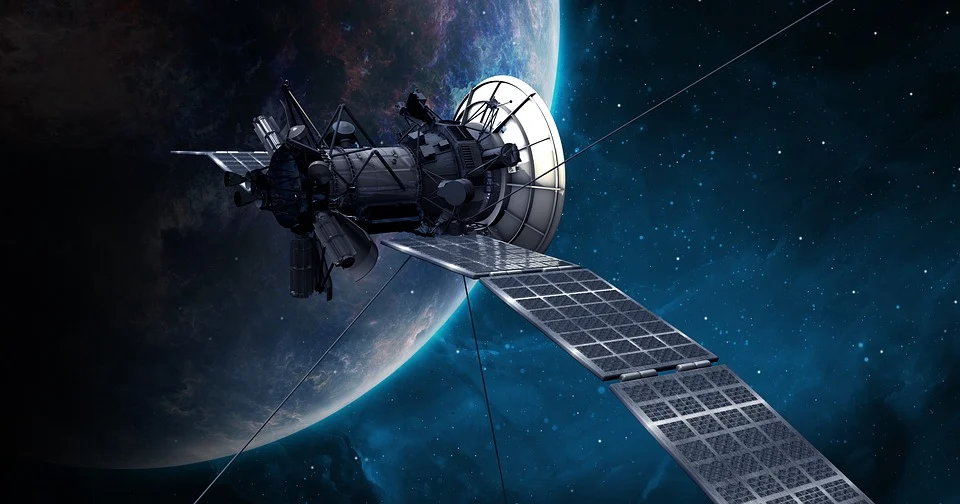 What is 'space internet'?

Before we dive into the Starlink project let's dive into the space internet concept. Space internet is simply satellite-powered Internet access. This is not a new thing. Telecommunications satellites mostly sit in a geostationary orbit thousands of miles above Earth's equator and follow the direction of Earth's rotation, so appearing to stay in one place to serve one region. Their distance from Earth means a lag of about a second or more.

Google's (NASDAQ: GOOGL ) Project Loon uses balloons to climb into the stratosphere like a leaf floating in Earth's atmosphere. It provides Internet coverage that is roughly equivalent to a cell-phone tower. Gogo Internet has been flying airplanes that, after takeoff, release antennas that provide internet service to airplanes, too.

Like Teledesic and Iridium, Starlink also needs an antenna that can take off from a plane or other fixed device and serve the satellite connection as well as dish antennas that could be installed in houses.

Right now, rural areas face challenges when it comes to getting internet access because of the massive cost of infrastructure. That means the cost of digging trenches, laying cable or fibre, and even dealing with property rights disputes. It also means creating a satellite network and of course, potentially having to use a satellite carrier that has no coverage at all in your area.

The new concept of a global wireless internet network still faces significant challenges, such as weather and satellites will be able to overcome interference from nearby satellites and the weather.

Elon Musk and SpaceX hope that Starlink’s unique technology will help it fill the connectivity gap between urban and rural areas.

SpaceX said that if Starlink launches successfully it could start selling services in-demand areas by 2020.source

If you think about this for a second, though, you quickly realize why SpaceX and similar companies would want to make this work. The future is vastly more efficient global economic systems that are run through networks instead of local economies held together by borders and trade barriers.

Musk said, "They do not simply require electricity and water and all the things that we take for granted in our daily life". "It's a very different way of living."

Musk refuses to rule out Russian involvement. On one hand, any interference could give them the advantage of having an underground network that Russia can't access. But it also could be a signalling move to say, "Hey, you guys are all following us like sheep, so we're acknowledging you are on the same page."

The competition is strong already though with KAIST and SK Telecom both developing their own satellites.

In addition to potentially being able to sell more data services, Starlink could also provide greater resilience in the face of catastrophe. Experts say that a major solar storm, such as one not expected until 2026, could potentially knock out power for every building and cell phone tower on the planet.

In space, though, there is no need for cell phone towers. The satellites are able to transmit directly to each other via laser beams instead of radiation. So Starlink could transmit vital information across the planet in an instant during a solar flare or other major events.

SpaceX has already experimented with delivering satellites that were lost in orbit back to Earth from geostationary orbit with its Falcon 9 rockets.

It's unclear if Google is working on Starlink as well or if it's too early to tell at this point. But Musk has given us a peek into the future. One of the biggest challenges will be getting enough users to sign up for the network. As more satellites are built and launched, though, it should become easier as to how many people can actually afford access to it.
And of course, there are logistical questions too. How will this work in a city like New York that is full of tall buildings? How will it work in countries with limited internet infrastructure? How will satellites avoid each other with orbital uncertainty? Will it have the throughput to serve everyone in South Africa or Indonesia or some other remote region without having to go over the ocean?

Musk said,"This does not feel like some alternative thing we're trying".

What you think Can people make life on the moon

Sir i send you message on discord please check it @tarpan

First of all, I don't think you read the post.

What you think Can people make life on the moon

Nothing is impossible. But the moon will be hard for a living. The researcher assumes Mars will be the next place.

I have read your entire article, you have written very well, I was thinking about the moon at that time, so asked that question.

You have been upvoted by @toufiq777 A Country Representative, we are voting with the Steemit Community Curator @steemcurator07 account to support the newcomers coming into steemit.